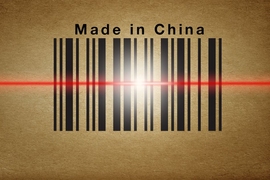 ↓ Download Image
Caption: “It certainly is the case that trade contributes to certain lower-priced goods and services, and on the average, that lowers the cost of living,” David Autor notes. “But for displaced workers, the fact that things are 10 percent cheaper at Walmart is just not making up for the fact that they’re not employed.”

Caption:
“It certainly is the case that trade contributes to certain lower-priced goods and services, and on the average, that lowers the cost of living,” David Autor notes. “But for displaced workers, the fact that things are 10 percent cheaper at Walmart is just not making up for the fact that they’re not employed.”

Tennessee has abundant hardwood forests, and business sectors related to them thrived for many years. Yet the state’s employment levels in the flooring, furniture-making, and cabinetry industries have cratered — down by 72 percent, 50 percent, and 50 percent, respectively, from 2005 to 2009.

What happened? The economic slump in the U.S. certainly hurt those trades. But also: China happened. As some economists now recognize, the formal trade relationship between the U.S. and China, established in the 1990s and solidified with a World Trade Organization agreement in 2001, dramatically affected a large number of labor-intensive industries in the U.S. In those fields, jobs moved en masse to China, where workers are available at even lower wages.

That relatively sudden shift, research has shown, comes with a heavy cost to U.S. workers. When jobs vanish, the better-trained workers may bounce back, but many blue-collar workers do not. And entire communities have been punished economically as well. These findings run against the bullish assumptions many economists have made about international trade in recent decades. But now a paper co-authored by MIT economist David Autor analyzes the data and makes clear how significant that impact has been.

“Among the most skilled workers, we’ve seen lots of [job] reallocation without any dire consequences,” says Autor. “But for the lower-skilled [workers], we just see more scarring. Their wages fall regardless of what they’re doing. They’re just on a permanently lower trajectory.”

Consider: From 1999 through 2011, as the new work by Autor and his colleagues shows, import growth from China cost the U.S. about 2.4 million jobs. In turn, about 985,000 of those were in manufacturing — a large portion of the 5.8 million manufacturing jobs that the U.S. lost in total in that time. Of course, as Autor notes, trade also creates employment. For instance, he observes, it is hard to conceive of Apple’s monumental growth without the firm using China as its workshop. But evidence that the U.S. has experienced large job gains that counter the employment losses in sectors that compete with imports has been decidedly elusive so far.

The net impact on workers in U.S. regions heavily affected by competition from China has been particularly serious. Autor and his colleagues have evaluated the direct impact of low-wage Chinese industry on incomes in the more than 700 Commuting Zones (CZs), or urban areas, in the U.S. Comparing workers in CZs at the 75th percentile of exposure to Chinese competition (those strongly affected) with workers in CZs at the 25th percentile, they see a reduction in annual income of $549 per adult, while per-capita income from federal assistance only rises by $58.

All told, the paper states, “international trade tends to make low-skilled workers in the U.S. worse off — not just temporarily, but on a sustained basis.”

The paper, “The China Shock: Learning from Labor Market Adjustment to Large Changes in Trade,” will be published in the Annual Review of Economics. The co-authors are Autor; David Dorn of the University of Zurich in Switzerland, and Gordon Hanson of the University of California at San Diego.

The idea that global trade benefits all countries has been inscribed into economic literature for decades — or centuries, even, dating back to David Ricardo in the early 1800s and Adam Smith in the 1770s. It was also reinforced by the relatively minor effects international trade appeared to have in the first decades after World War II, under terms settled at the Bretton Woods agreement of 1944.

“I think that a lot of people’s priors, or expectations, had come from the Bretton Woods era of trade,” Autor says. “A lot of that was rich country-to-rich country trade: We buy cheese from France and we sell them aircraft engines.” But more recently, Autor points out, China has functioned as “a new low-cost producer of labor-intensive goods, and everything that’s labor-intensive we’re no longer competitive in. It’s just going to shut down. That’s probably why [global trade] was so much more disruptive than people had anticipated.”

After all, mainstream economics has held that the benefits of trade — mostly lower prices on imported goods — should compensate for disappearing jobs, on aggregate. But the current data shows how unevenly distributed those benefits and costs are.

“It certainly is the case that trade contributes to certain lower-priced goods and services, and on the average, that lowers the cost of living,” Autor notes. “But for displaced workers, the fact that things are 10 percent cheaper at Walmart is just not making up for the fact that they’re not employed.”

Autor adds: “Trade should increase GDP on aggregate, but it’s going to produce winners and losers.”

For instance: Alabama, which neighbors Tennessee to the south, also has considerable manufacturing. But little of it involves industries in which China has invested. So while at least half of Tennessee is in the highest quartile of areas exposed to Chinese competition, only a couple of patches of Alabama are in the same category.

“Tennessee, owing largely to its concentration of furniture producers, is far more exposed to trade with China than is Alabama, which has agglomerations of relatively heavy industry,” the paper states.

Robert Feenstra, an economist at the University of California at Davis, says the research has advanced the state of knowledge among trade and labor economists.

‘They have very good data,” Feenstra says. “They just got bigger numbers than anybody thought,” in terms of the impact of trade with China on the U.S. job market.

Feenstra suggests that continuing research will be needed to assess the complete impact of trade policy agreements on the U.S., including additional study “on the export side,” that is, the extent to which trade deals have opened up new manufacturing opportunities for U.S. firms that are exporting goods.

To be sure, as free-trade advocates like to point out, international agreements have also improved conditions for workers in the developing world. Chinese wages have risen dramatically and the country’s share of world manufacturing value added has risen from about 4 percent in 1991 to 24 percent in 2012.

Still, concerned policymakers in the U.S. are left wondering what kinds of programs, from trade adjustment assistance to job retraining and more, can help workers in their own country. And as Autor notes, the general acceptance of trade’s value means that “trade adjustment policy has been a total orphan policy for a long time.”

So Autor’s current work on trade has two practical aspects. He is trying to spread the recent empirical findings around academia, while undertaking studies that dive into the broader social effects of trade, beyond employment outcomes.

Among his ongoing studies are one examining the effects of trade shocks on political polarization; another looking at the effects of trade on earnings and research and development investment among U.S. companies; and a third that looks at underemployment, family structure, and the disintegration of two-parent households.

“Work is really wrapped up with identity,” Autor observes. “Work is not just money for most people. They don’t fare as well when they don’t feel they have a meaningful thing to apply themselves to.”

All of this research, Autor adds, is meant to speak to interested policymakers and reinforce the idea that trade policy is not just an issue that stands apart from larger issues concerning the social fabric of America.

“If we’re now in the era where we’re going to say we now recognize that trade has very strong disruptive effects,” Autor says, “then what do we do about it? What is the right policy?”

Bloomberg View reporter Noah Smith spotlights the research of Prof. David Autor, who has been “pioneering ways to make the economics discipline both more credible and more relevant.” To mitigate the impacts of trade, Smith writes that Autor believes the “U.S. government should focus attention on manufacturing industries, and even use industrial policy to bolster the sector.”

The Economist reports on a new study co-authored by Prof. David Autor that examines how increased trade between China and the U.S. has impacted American workers. The researchers found that “sudden exposure to foreign competition can depress wages and employment for at least a decade.”