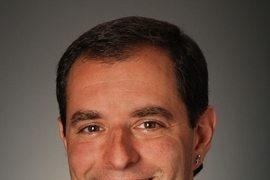 Today’s wealth gap does not just exist between the richest 1 percent of the population and everyone else; there have been growing inequalities among the less-wealthy 99 percent of people, too. In an article published today in Science, MIT economist David Autor contends that much of our present inequality stems from disparities in education. This has evolved in two directions: From 1980 to 2012, inflation-adjusted, full-time earnings of college-educated males increased anywhere from 20 percent to 56 percent, depending on whether they also acquired graduate degrees. Conversely, real earnings of high school graduates fell 11 percent, and earnings of high school dropouts fell 22 percent. MIT News talked with Autor about inequality.

Q. You are focused on inequality among the so-called “99 percent,” not between the 1 percent and the 99 percent. Why?

A. There’s a real national debate about the significance and causes of inequality. This public debate is dominated by the discussion of the top 1 percent. And the top 1 percent is important, but focusing on the top 1 percent conveys the message that the game is all rigged, that if you’re not in the elite stratum, there’s nothing to shoot for. And that’s just not the case. The growth of skill differentials among the other 99 percent is arguably even more consequential than the rise of the 1 percent for the welfare of most citizens.

Here’s a concrete way to see it: The earnings gap between the median college-educated two-income family and the median high school-educated two-income family rose by $28,000 between 1979 and 2012. This [shift] — which excludes the top 1 percent, since we’re focusing on medians — is four times as large as the redistribution that has taken place from the bottom 99 percent to the top 1 percent of households in the same period.

Q. What accounts for inequality among the 99 percent, then?

A. The single most important factor is the rising return on postsecondary education. That explains a lot of the growth and variance, and that is pretty well explained by supply and demand factors. There was a sharp deceleration in production of newly minted college graduates from about 1980 forward, and that led immediately to a growth in the skill premium. After 2005 there’s been an acceleration in production of college graduates, and you see the skill differential start to plateau.

If you had to give a person a single piece of economic advice, it would not be: Act like Gatsby and try to get into the top 1 percent. It would be: Go get a college education at a decent school.

Now, there are many other factors that are affecting the wage distribution … de-unionization, the [inflation-adjusted] decline in minimum wage, [the growth of] international trade, which has led to a big decline in manufacturing, and technological change, which drives demand for more-skilled workers. These things all interact.

Q. In the Science article, you write that, “Confronting the cost of college should not obscure the fact that the real lifetime earnings premium to college education has likely never been higher.” What has that premium looked like in the past?

A. We have data going back to 1915 on the skill premium. … It was high on the eve of the second World War, declined very rapidly during the war, [then] was stable through the 1960s, and came down through the 1970s, partly due to an influx of college graduates [receiving draft deferments] because of the Vietnam War. Then there was this grand acceleration, and it rose more or less continuously, for three decades, and plateaued over the last several years.

People say, “Ah, the college premium has stopped rising,” and that’s true, but it has plateaued at an incredibly high level. The relative wage differential between college and high school graduates is higher than it’s ever been. Now, college has gotten more expensive, but relative to the lifetime earnings differential, it’s still quite an attractive investment proposition.

Recent estimates find that for men the lifetime present value [after subtracting tuition costs] has risen from $213,000 to $590,000 between 1965 and 2010, and for women it’s risen from $129,000 to $370,000. So it’s risen by a quarter-million dollars. … The type of counterproductive myth I’m trying to puncture in this article is that it’s all about the 1 percent, if you go to college you’re wasting your money, if you’re not the “Wolf of Wall Street,” the game is over. That’s just destructively incorrect.

Q. You contend that inequality is not altogether bad. So how do we assess if it has gone too far?

A. There’s a value to inequality in a market economy. Inequality provides incentives. But you can have too much inequality, or too little. The concern about inequality is where economic dynamism gives way to dynasticism, and inequality becomes self-reinforcing: If you don’t “choose the right parents,” you’re stuck in the bottom forever. Now, we have metrics of that, and the evidence so far is that U.S. economic mobility has not been high in a very long time, since the early 20th century, but has not declined, as far as we can tell. Another metric is absolute well-being, in terms of earnings and labor force participation, and I think there’s real concern there.

Q. What policies can combat inequality?

A. In the long run, the best policies we have involve investing in our citizenry. … Higher education, and public education, is America’s best idea. Our decision to send our entire public through high school over the first 30 years of the 20th century was probably the single most important factor in U.S. economic predominance for that century. Those investments [include] preschool, good primary and secondary schools, [and] adequate nutrition and health care.

In the short run, the Earned Income Tax Credit has been a successful policy, but it’s primarily targeted at women with kids. Our biggest problem has been declining labor force participation among men without current dependents, so that could be expanded. We can actually afford to raise the minimum wage. We can stop incarcerating so many people — that would save us a bunch of money and improve people’s lives over the long run. The Affordable Care Act may have benefits in terms of people’s skills development, if giving people adequate access to health care when they’re young affects their cognitive capacity.

In an article for The Washington Post, Lydia DePillis speaks with Prof. David Autor about how a large part of the labor force has been left out of job market growth in recent years. "Our main labor market challenge is not a lack of high wage jobs; it’s rather the weak or non-existent wage growth in non-college jobs," says Autor.

“Economist David Autor of the Massachusetts Institute of Technology found that the median woman with a college degree earned about $23,000 more a year than a woman who terminated her education once she earned her high school diploma,” writes Washington Post reporter Joann Weiner.

“According to a paper by Mr. Autor published Thursday in the journal Science, the true cost of a college degree is about negative $500,000,” David Leonhardt writes in a New York Times piece about David Autor’s research on inequality.

Wall Street Journal reporter Brenda Cronin features David Autor’s new research on inequality. “Two ‘destructive’ points that Mr. Autor tries to skewer with his most recent work are the idea that prospects are dim for all but the financial elite—and the notion that too many students are giving rise to a “college bubble,” Cronin writes.

In an article for The Washington Post, Jim Tankersley reports on a new Science article by Professor David Autor. In the article Autor contends that inequality, driven by varying levels of education, has risen dramatically among the 99 percent.

What’s the cost and financial value of college?