“Dammit, Jim, I’m a doctor, not a physicist!” The cry by Leonard “Bones” McCoy of the original "Star Trek" television series became code for “that’s not in my job description.” A prognosticator of many future technologies and social issues, the show’s portrayal of professional roles remained stubbornly one-dimensional — although one might forgive the ship’s doctor for not being a bricklayer, coal miner, or torpedo technician.

Varesh Prasad seems to have no such limiting factors. He majored in bioengineering at the University of Pennsylvania and is now a Ph.D. student in the Harvard-MIT Program in Health Sciences and Technology (HST). He is studying electrical engineering at the Research Laboratory of Electronics, mathematical modeling and health informatics at the Institute for Medical Engineering and Science (IMES), and just finished an anatomy class at Harvard Medical School.

“I have found willing collaborators around every corner,” Prasad says. “It’s all about what can you do, what’s your idea, not what’s your degree. I’m looking at how to use high-resolution physiological signals and other patient data to improve outcomes in major surgeries and critical care specifically and to enhance clinical care overall,” he adds. “You can think of it as taking a data-driven approach to medicine — optimizing a human rather than a mechanical or computational system.” 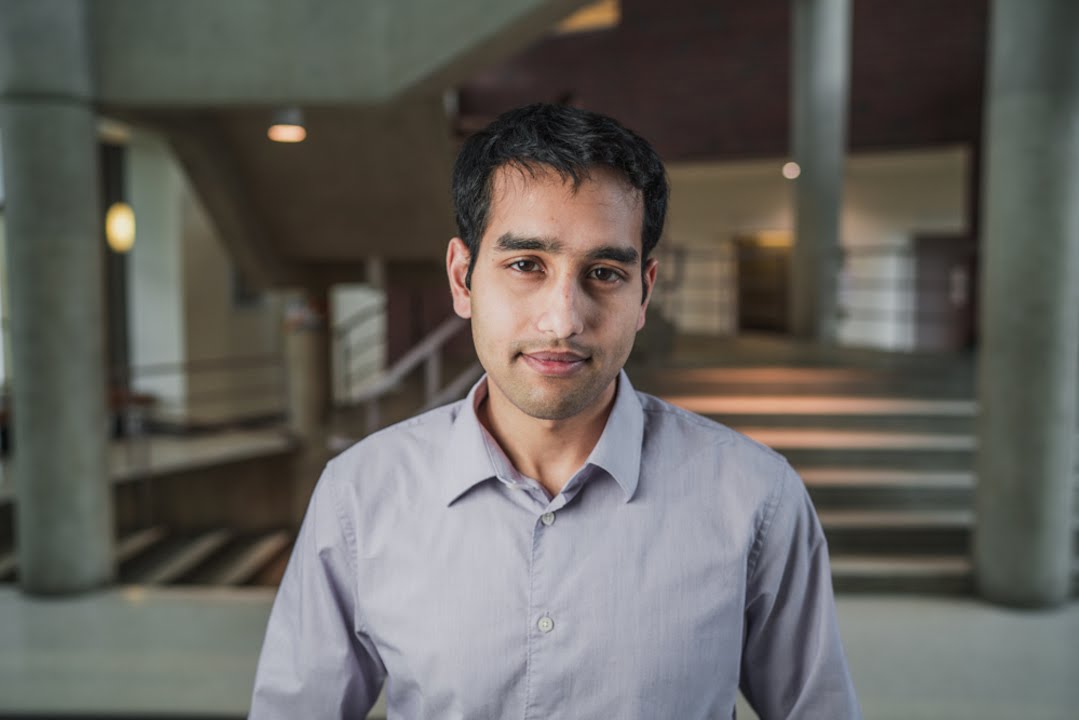 Play video
MIT sits at the epicenter of a life sciences revolution, with Boston and Cambridge, Massachusetts, receiving a combined $2 billion in grants from the National Institutes of Health. Varesh Prasad, a PhD candidate in the Harvard-MIT Program in Health Sciences and Technology, is focusing his research on the data hospitals collect. “I’m looking at how to use high-resolution physiological signals and other patient data to improve outcomes in major surgeries and critical care specifically and to enhance clinical care overall."

Prasad says his experience at MIT will open up many options for after he graduates, including remaining at the lab bench, working with established players in the health care industry, or perhaps working in a health startup. “The emphasis on innovation at MIT matches my own interest,” he says. “Before I came here I worked at a medical device startup in Bangalore focused on developing a screening tool to detect eye problems in infants. I could imagine going in a direction similar to that as well, to make the greatest impact on medicine and care.”​

“Because MIT does not have a medical school, students are always surprised when we tell them that more than 30 percent of MIT faculty are working in areas related to biology and health,” says Arup K. Chakraborty, director of IMES, which houses the HST program.

The proximity to the Longwood Medical Area and MIT’s strategic partnerships with local hospitals, as well as the biotech industry hotspot that Kendall Square has become, are providing unique research and education opportunities to students like Prasad, Chakraborty adds.

In addition to the Broad Institute of MIT and Harvard, an original lynchpin of the genomics revolution and a prime mover in the biotechnology boom, now there are the Koch Institute for Integrative Cancer Research; the Ragon Institute of MGH, MIT, and Harvard; the McGovern and Picower Institutes for Brain Research, and dozens of pharmaceutical and biotechnology startups along with pharmaceutical giants such as Pfizer and Novartis.

The Economist magazine reported last January that the density of biotech firms in and around Cambridge amounts to a well-planned “clusterluck” that is bringing space vacancy rates down (to less than 1 percent in Kendall Square) and the best and brightest onto campus and into town.

Prasad is among that group and might be the model of a future hybrid medical professional that the writers of "Star Trek" were not able to dream up, even in a universe with faster-than-light travel.