Diagnosing depression before it starts 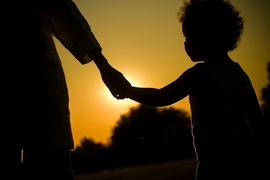 ↓ Download Image
Caption: MIT researchers scanned the brains of children who were not depressed but had a parent who had suffered from the disorder. Such children are three times more likely to become depressed later in life, usually between the ages of 15 and 30.

Caption:
MIT researchers scanned the brains of children who were not depressed but had a parent who had suffered from the disorder. Such children are three times more likely to become depressed later in life, usually between the ages of 15 and 30.
Credits:
Image: MIT News

A new brain imaging study from MIT and Harvard Medical School may lead to a screen that could identify children at high risk of developing depression later in life.

In the study, the researchers found distinctive brain differences in children known to be at high risk because of family history of depression. The finding suggests that this type of scan could be used to identify children whose risk was previously unknown, allowing them to undergo treatment before developing depression, says John Gabrieli, the Grover M. Hermann Professor in Health Sciences and Technology and a professor of brain and cognitive sciences at MIT.

“We’d like to develop the tools to be able to identify people at true risk, independent of why they got there, with the ultimate goal of maybe intervening early and not waiting for depression to strike the person,” says Gabrieli, an author of the study, which appears in the journal Biological Psychiatry.

Early intervention is important because once a person suffers from an episode of depression, they become more likely to have another. “If you can avoid that first bout, maybe it would put the person on a different trajectory,” says Gabrieli, who is a member of MIT’s McGovern Institute for Brain Research.

The study also helps to answer a key question about the brain structures of depressed patients. Previous imaging studies have revealed two brain regions that often show abnormal activity in these patients: the subgenual anterior cingulate cortex (sgACC) and the amygdala. However, it was unclear if those differences caused depression or if the brain changed as the result of a depressive episode.

To address that issue, the researchers decided to scan brains of children who were not depressed, according to their scores on a commonly used diagnostic questionnaire, but had a parent who had suffered from the disorder. Such children are three times more likely to become depressed later in life, usually between the ages of 15 and 30.

Gabrieli and colleagues studied 27 high-risk children, ranging in age from eight to 14, and compared them with a group of 16 children with no known family history of depression.

Using functional magnetic resonance imaging (fMRI), the researchers measured synchronization of activity between different brain regions. Synchronization patterns that emerge when a person is not performing any particular task allow scientists to determine which regions naturally communicate with each other.

The researchers identified several distinctive patterns in the at-risk children. The strongest of these links was between the sgACC and the default mode network — a set of brain regions that is most active when the mind is unfocused. This abnormally high synchronization has also been seen in the brains of depressed adults.

The researchers also found hyperactive connections between the amygdala, which is important for processing emotion, and the inferior frontal gyrus, which is involved in language processing. Within areas of the frontal and parietal cortex, which are important for thinking and decision-making, they found lower than normal connectivity.

These patterns are strikingly similar to those found in depressed adults, suggesting that these differences arise before depression occurs and may contribute to the development of the disorder, says Ian Gotlib, a professor of psychology at Stanford University.

“The findings are consistent with an explanation that this is contributing to the onset of the disease,” says Gotlib, who was not involved in the research. “The patterns are there before the depressive episode and are not due to the disorder.”

The MIT team is continuing to track the at-risk children and plans to investigate whether early treatment might prevent episodes of depression. They also hope to study how some children who are at high risk manage to avoid the disorder without treatment.

In this video, Reuters reporter Ben Gruber explores how MIT researchers are using brain scans to identify children at risk of depression. Prof. John Gabrieli explains that the goal of the research is to “ identify early children who are at true risk, help them before they struggle, and learn from those that are resilient.”

Inside the adult ADHD brain

Ready to learn? Brain scans can tell you