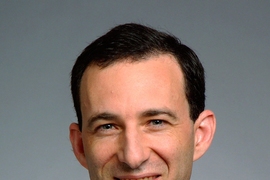 In 2011 MIT launched a multiyear collaboration to assist Russian partners in building a new university on the outskirts of Moscow, the Skolkovo Institute of Science and Technology (Skoltech).

MIT faculty have participated in developing Skoltech’s educational and research programs, which have a strong emphasis on innovation and entrepreneurship. The MIT Skoltech Initiative, the operational arm of the collaboration, has thus far involved more than 150 MIT faculty and 60 staff. The first phase of the collaboration has been completed, and the second phase launched on March 1.

Bruce Tidor, a professor of biological engineering and computer science and the director of the MIT Skoltech Initiative, spoke with MIT News about the collaboration’s progress to date, the impact of the program, and what the future holds.

Q: What has been achieved at Skolkovo through MIT’s involvement?

A: When MIT began work on this project there was no university, there were no buildings, there was no faculty, and there were no students. There was only a handful of highly motivated people guided by a very ambitious plan. Skoltech was intended as the academic engine for a 400-hectare hub of innovation and economic development — the Skolkovo Innovation Center — launched by Russia’s president at the time, Dmitry Medvedev.

Now, just over four years since its inception, Skoltech is an active graduate university with outstanding faculty, students, research and education programs, and a fledgling campus. The inaugural class of approximately 50 MS students graduated in June 2015. Multidisciplinary research centers have been established in frontier areas related to information technology, energy, space, and biomedicine, and an innovation ecosystem nurtures capabilities designed to promote entrepreneurship. The major administrative offices and functions are now in place, with staff hired and trained, and policies and procedures in effect.

Much of this has been accomplished with the active assistance and engagement of MIT faculty and staff. An especially important role has been played by MIT Professor Edward Crawley, Skoltech’s founding president. (Professor Crawley recently stepped down as president, and the appointment of his successor, Alexander Kuleshov, was announced in February.)

Q: How has MIT participated in the Skoltech project?

A: Collaborative research projects at MIT funded by Skolkovo have connected MIT researchers to important problems and to faculty and other researchers in Russia, and these relationships will likely persist well beyond the terms of the projects. Over 100 talented students from Skoltech have participated in classwork and laboratory research at MIT, sharing their insights and perspectives with our students, staff, and faculty.

Course development for 33 subjects undertaken for Skoltech has also enriched MIT’s curriculum. The MISTI-Russia program, expanded student internships in Russia, and the resumption of Russian language teaching at MIT after a long hiatus are all direct outcomes of the collaboration. Learning in areas such as faculty recruitment and development, administrator capacity enhancement, and innovation and entrepreneurship programming can be applied both at MIT and in future major institutional partnerships. Crucial support has also been provided for MIT core activities (including named professorships and endowed chairs). In many ways, large and small, the collaboration to build Skoltech has had substantial beneficial impact at MIT.

Q: What is planned for the future relationship between MIT and Skoltech?

A: MIT’s four-year Skoltech collaboration agreement concluded at the end of February 2016. Skoltech now has sufficient academic and administrative personnel and structure to manage its own operations. MIT, the Skolkovo Foundation, and Skoltech have therefore agreed on a second phase of the relationship with reduced scale and a narrower focus on faculty-driven, collaborative projects.

The new agreement, which entered into effect on March 1 and will continue for another three years, features a small, focused set of core activities linked to a flexible capability to set up additional research and educational activities in the future. Three existing research center grants are ongoing, one in functional genomics led at MIT by Professor Daniel Anderson, a second in electrochemical energy storage led by MIT Professor Carl Thompson, and a third in energy systems and power distribution led by MIT Professor Konstantin Turitsyn.

Skoltech will continue to reach out to faculty at MIT to initiate new research activities, each of which will be governed by separate contracts managed within the relevant MIT department, laboratory, or center. To manage the new phase of the relationship, MIT will provide a small central service unit and will establish a faculty coordinating committee under the leadership of Associate Provost for International Activities Richard Lester. To reflect its reduced size and narrower focus, the relationship is being renamed the MIT Skoltech Program.

Crawley announces intention to step down as president of Skoltech

Classes launched at Skolkovo Institute of Science and Technology