In many developing countries, using solid fuels in open fires for cooking and heating creates everyday health concerns, right in the home.

The World Health Organization (WHO) estimates that there are 4 million deaths each year from illnesses attributable to household air pollution. Chronic lung and heart diseases particuarly affect the women and children who stay inside, tending the house. In fact, WHO reports that air pollution from household fuel combustion is the most important global environmental health risk today. Over 3 billion people still use wood, wood charcoal, or similar solid fuels for cooking and heating. That’s almost half of the world’s population. But how often do you think about cookstoves?

If you're Dan Sweeney, that would be every day. Sweeney is a research scientist at the MIT D-Lab, a hands-on, technology-focused international development program located above the MIT Museum. D-Lab was founded almost 13 years ago, first as a series of MIT classes and field trips to design and disseminate affordable and effective technologies for problems facing people in some of the poorest places in the world. D-Lab now includes over 20 course offerings, programs funded by the United States Agency for International Development, and D-Lab Scale-Ups, a program focused on bringing poverty-alleviating products to market at scale.

Sweeney, who hails from Colorado, where he grew up on a small farm, did his PhD research in industrial bioenergy solutions at the University of Utah. He wants to help solve the rampant problem of indoor pollution from cooking that affects half of the world’s households. How? By harnessing the influence of D-Lab, grassroots environmental organizations, and his own skill, knowledge, and passion for making an impact. 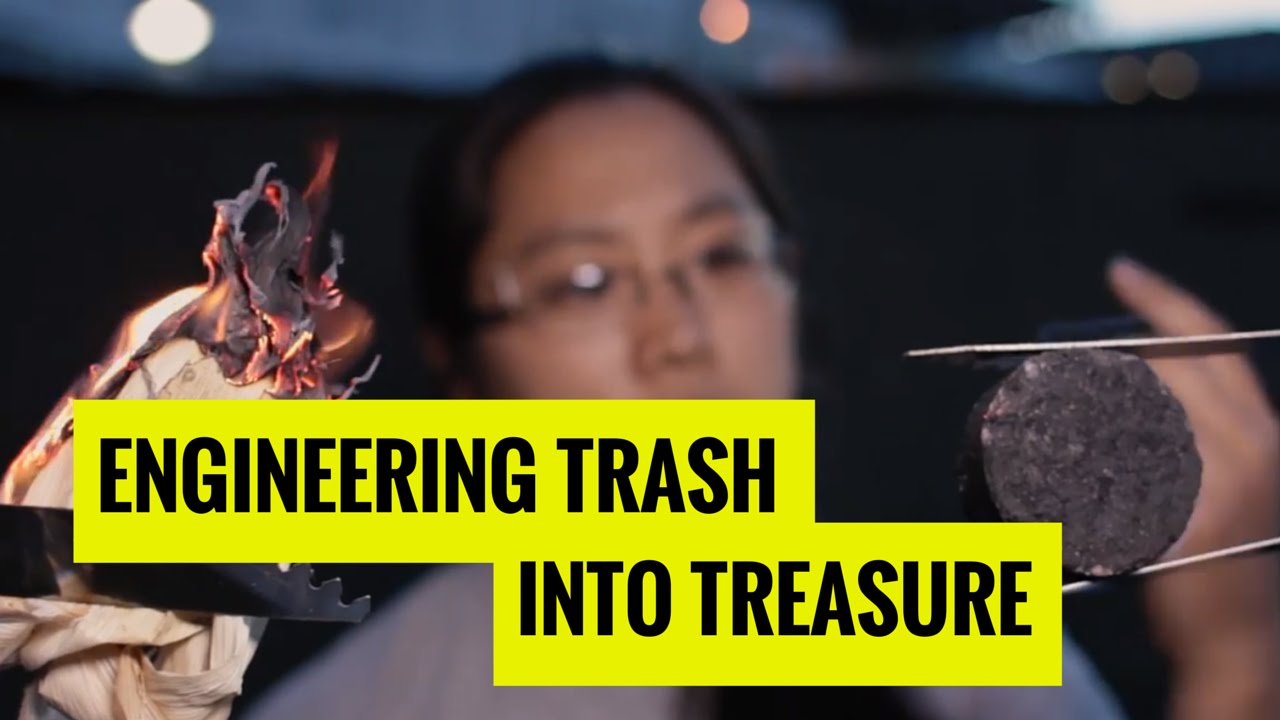 During his first year with D-Lab, Sweeney spent about four months in East Africa. He worked with local energy entrepreneurs developing the facilities and staff to manufacture and market agricultural waste charcoal.

One of his first initiatives was to help communities adopt the use of biomass — specifically, agricultural wastes such as cornhusks — to make briquettes that could be used for cooking instead of wood or wood charcoal.

Traditional cooking methods can produce dangerous levels of pollutants in the house. The WHO has reported that often, the amount of fine particulate pollution is up to 100 times the acceptable level for healthy indoor space. However, research on agricultural briquettes shows that this fuel produces two to three orders of magnitude, or one-hundredth to one-thousandth, as much fine particulate and half as much carbon monoxide emissions as traditional fires. The fact that there is a lot of agricultural waste that is otherwise burned in open fires makes using it for fuel a much more sustainable alternative.

Sweeney has only been at D-Lab for a year and a half, but he has built a fuel and cookstove testing lab on the MIT campus as well as strong collaborative relationships with four agricultural waste charcoal producers in East Africa. When he’s not working with them in the field, Dan is in regular contact with the enterprises acting as a remote member of each of their technical teams. This opens the enterprises up to a resource, which they might not otherwise have access to or be able to afford.

His close relationship with field partners is unusual, as many researchers in similar situations do not dive so deeply into building close relationships with the people in the communities with which they work. But it’s not hard to see why the people with whom he works, both at D-Lab and abroad, love his company.

Sweeney is bright-eyed and casual, sprightly even, just as you would imagine a devoted D-Lab researcher to be. He carries a thick, sturdy flip phone, one that he proudly proclaims has served him well for more than seven years. Even his phone aligns with the down-to-earth, low-tech practicality seen in D-Lab.

“Growing up on a farm and tending land and animals made me think about things like stewardship and sustainability from an early age,” he remembers, “I wanted to make a broader impact, not just in my own community but everywhere else, through research and engagement with people on the ground.”

Sweeney plays a central role in D-Lab’s biomass fuel initiative focused on creating market-based solutions for clean cooking products that can be scaled and replicated throughout the developing world. This enables local entrepreneurs to make their own products and establish a local enterprise. The enterprises Sweeney works with in East Africa provide employment opportunities to community members to produce a product that they can be proud to stand behind.

Sweeney knows that a social enterprise promoting a sustainable biomass fuel could positively impact a community, and he’s using his expertise in the area to help them succeed. But there is still a lot to be done. That’s why he is also educating students at MIT about clean cooking technology, both by providing students with research opportunities at D-Lab and by working with MIT’s Engineers Without Borders club (EWB).

“Dan dedicates a lot of attention to the people he works with,” says senior Janet Lin, who works on biomass fuel research with Sweeney and is also involved in EWB, “At meetings, he’ll show us how to conduct a charcoal burn test and describe how each piece of equipment works to analyze the emissions. But then he'll step back and let us take control, so we’ll run tests and build prototypes too.”

Dan is modest but proud, and hopeful, about the impact of his work. His goal is to continue to do research and make an even bigger impact in the field of sustainable bioenergy.

“It’s a breath of fresh air to work with these inspiring entrepreneurs to improve their communities,” he comments, and then laughs, “Unless they’re using the wrong stove!”

Then, more somberly, Sweeney adds, “We’re continuing to raise awareness and work toward solutions to this issue. It’s still a challenge. But I want more people to know and care about it — and maybe even help to do something about it.”

By bringing his full passion and expertise to the issue, and adding in his kind nature and sense of humor, Dan Sweeney and the entrepreneurs he works with are pioneers in clean biomass fuels in developing countries.

To learn more or find out how you can help make clean cooking solutions more available, contact Sweeney and the D-Lab charcoal group at charcoal@mit.edu.