After three years, two months, and 650,000 lines of code, a team of researchers from MIT’s Computer Science and Artificial Intelligence Lab (CSAIL) stood proudly with their humanoid robot in a sporting arena surrounded by thousands of spectators. They were just one step away from winning the $2 million grand prize at an international competition that many have been calling “the Robot Olympics.”

Granted, that last step was a rather large one: getting a 6’2’’, 400-pound humanoid robot to open a door, rotate a valve, turn on a power tool, drill a hole in a wall, climb stairs, scramble over cinder blocks, and drive a car — all in the space of an hour.

“This is, without a doubt, the most ambitious project that any of us have ever undertaken,” says Professor Russ Tedrake, the CSAIL principal investigator who led the team’s efforts at the DARPA Robotics Challenge (DRC) finals, which took place June 5-6 at the Fairplex in Pomona, California. “From perception to motion-planning to manipulation, the breadth and depth of challenges have forced us to think creatively, program nimbly — and sleep sporadically.”

The CSAIL team finished mere inches away from winning the competition, ultimately earning sixth place out of 25 teams. The Pentagon-sponsored event was aimed at developing mobile robots to perform useful tasks in disaster-relief situations, and was inspired by the 2011 Fukushima nuclear disaster. 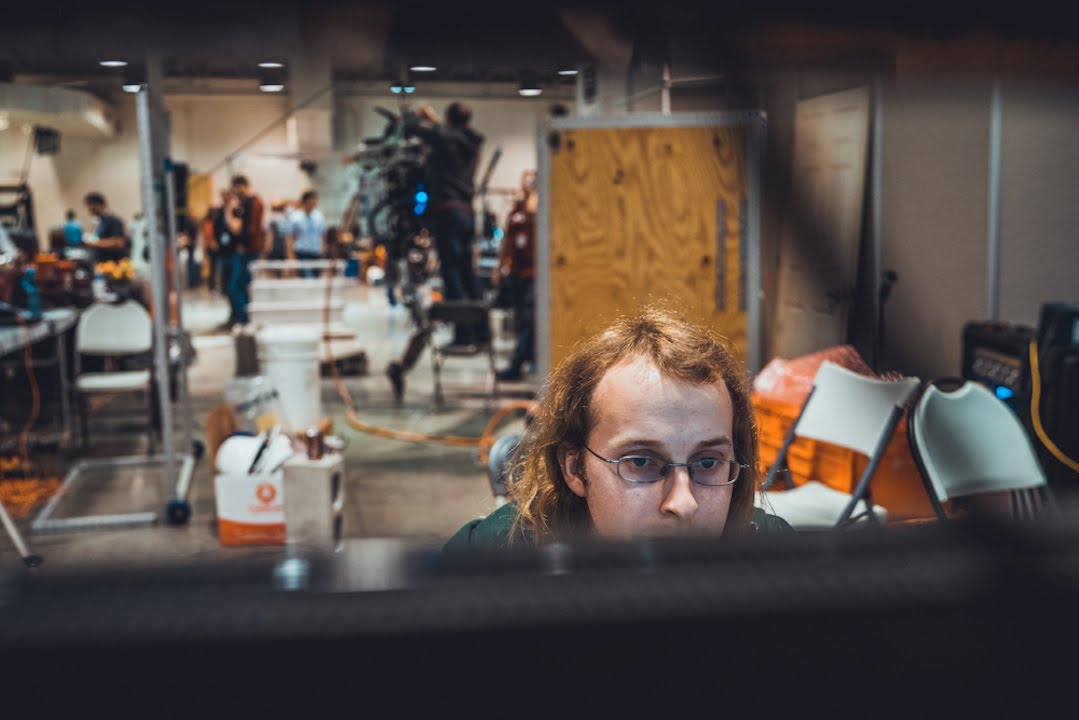 For the finals, the researchers had to program their robots to do the same eight tasks as in the December 2013 trials, but without safety tethers, power cords, or consistent communications links.

Regular network blackouts, which were meant to simulate an emergency scenario, greatly benefited the autonomy-minded MIT team: For most tasks, their researchers had planned high-level actions that were partitioned into smaller “chunks” that the robot then executed based on existing templates.

"When you have outages of 30 to 45 seconds, being able to move continuously is vital if you want to avoid losing precious time,” says CSAIL postdoc Scott Kuindersma, who served as MIT’s planning and control lead.

Each team had two chances to finish the tasks as quickly as possible. On MIT’s first run, the team's Boston Dynamics-built Atlas robot broke its right arm trying to get out of the car after the driving task. Despite that setback, the team finished with seven out of the eight points by programming the robot to do all of the remaining tasks left-handed.

On the team’s second run, Atlas sprinted through the first three tasks faster than any other team, and was making extremely strong progress on the drill task until its drill slipped out from the wall, causing another spill and ending the team’s chances to finish first.

“Recovering from the broken arm was a highlight for me,” Kuindersma says. “It was an unplanned demonstration of the adaptiveness of our software and the amazing people behind it."

In the months leading up to the event, researchers logged more than a few 20-hour days, toiling in the tight quarters of a little-used warehouse on Albany Street in Cambridge to hand-code hundreds of complex algorithms for motion planning, perception, and control.

The end product was a comprehensive software system that gathers large swaths of data about the robot’s surroundings to understand its location, create motion plans, and compute how its 28 distinct joints have to move in order to perform the different manipulations.

Researchers developed algorithms for every last one of the robot’s many micro-actions, including taking footsteps, avoiding collisions, performing during network outages, and maintaining balance at such a level that it could stand on one foot while getting out of a five-foot-wide utility vehicle.

In contrast to popular approaches that move a robot incrementally towards a goal, the MIT team opted to adopt a method called “whole-body motion-planning,” which solves for an entire motion in advance.

“When you’re working in an environment that’s filled with uncertainty, programming a robot to slowly nudge towards a goal can mean getting stuck when new obstacles pop up,” says CSAIL PhD student Andrés Valenzuela. “With our approach, we can be extremely confident that we will finish the task that we set out to execute.”

That said, the team experienced more than its fair share of hiccups along the way. The week before the final competition, some of Atlas’ leg joints had started wearing out, forcing researchers to calibrate its motions to be more conservative. A few months earlier, it fell off a cinderblock and sheared off its entire right arm.

“We tend to lose sight of the fact that, as humans, our systems have been trained to perform these kinds of actions for decades,” Valenzuela says. “It’s little wonder that it’s so difficult to get robots to do these same tasks after three years.”

Where many of their competitors were industry companies with dedicated full-time employees, the MIT team included a professor, a research scientist, a few postdocs, and about a dozen current and former graduate students. “One wrong move would mean the end of our run,” Tedrake says with a raised eyebrow. “Not to mention, a $2 million mistake.” (Fortunately, MIT's two falls didn’t result in any serious damage to the pricey robot.)

Previous DARPA competitions have often spurred significant innovation in both academia and industry: In the years since DARPA’s 2007 Urban Challenge, companies such as Google, Uber, and Apple have begun investing heavily in driverless cars. Similarly, Tedrake sees the DRC as a tipping point that will inspire more researchers to develop robots that can assist humans with dangerous tasks.

“It’s no longer a question of whether we’ll ever live in a world filled with useful robots,” Tedrake says. “The real question is just how soon that time will come.”

An MIT team competing in the DARPA Robotics Challenge finished in sixth place during the final competition of the challenge, reports Hiawatha Bray for BetaBoston. “I thought it was amazing and inspiring, and it really gave the public a good picture of what the state of the art in robotics is,” says MIT postdoc Scott Kuindersma.