MIT doesn’t have a medical school, so it might seem unusual that so many students, researchers, and alumni are making a real-world impact in health care and medicine. But those two fields are rapidly evolving, and the need for MIT’s mindset of technology-focused solutions has never been greater.

“MIT is kind of like Switzerland — it’s neutral ground,” says Lina Colucci, a PhD candidate in the Harvard-MIT Health Sciences and Technology Program. “You can’t get a medical degree from MIT, but it’s filled with designers, developers, and engineers. And everyone in the medical community wants to work with all of these brilliant people.”

Colucci is a co-director of MIT Hacking Medicine, a student-run group that bring together innovative thinkers to rethink and solve healthcare’s most pervasive problems.

“Hacking is such a core part of the MIT culture,” says co-director Priya Garg ’15. “Our methodology is to disrupt the silos that are prevalent in healthcare by applying MIT’s hacking ethos to create innovations.” 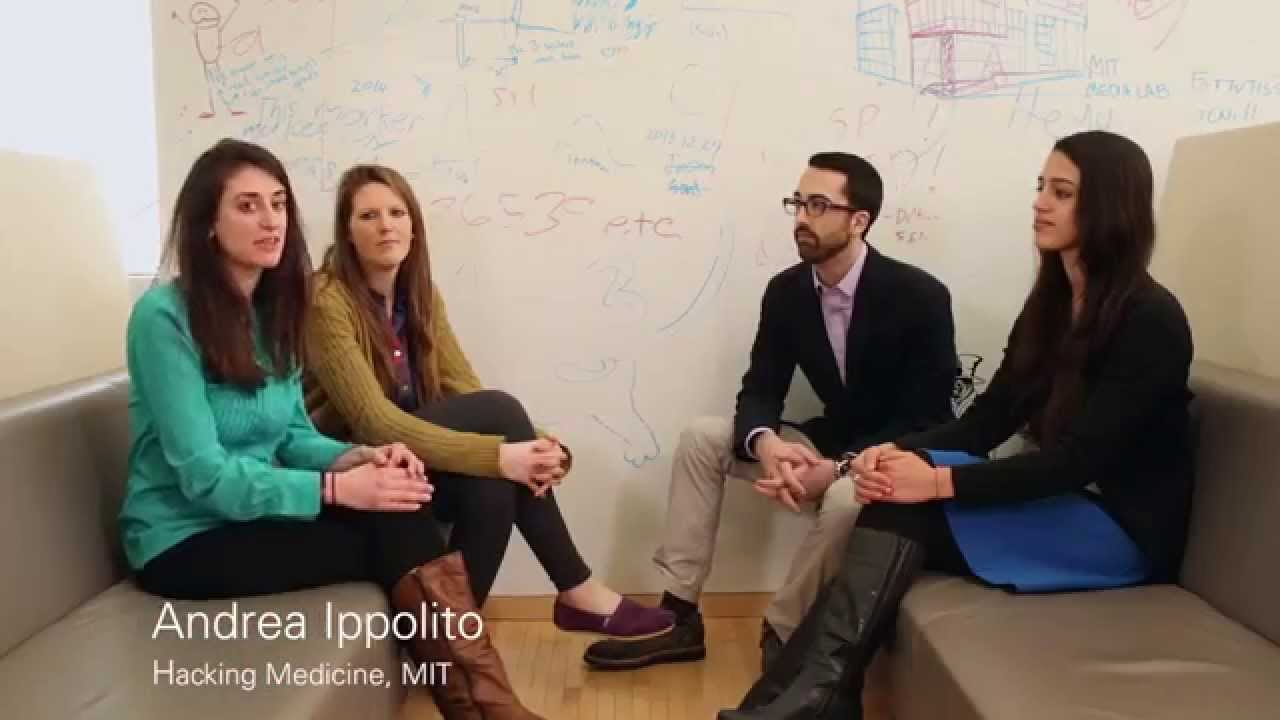 Hacking Medicine’s main silo disruptor is Health Hackathons, weekend-long events that attract about 400 doctors, nurses, researchers, and designers who tackle solutions to shared healthcare issues. The first hackathon took place at MIT 2011, and since that time, more than 20 events have taken place across four continents.

“It’s design thinking for healthcare,” says Colucci. “We look at it from all perspectives — clinical, technological, design, and business. It’s asking, ‘How can you create a spark that gets lots of different people thinking together?’”

During the hackathons, strangers-turned-collaborators share ideas in pitch sessions, then turn to other participants for ideas and advice. According to Colucci, more than a dozen startups have been created as a results of the events.

“The healthcare industry is kind of seen as an industry that doesn’t keep up with technology and innovation,” Colucci says. “But that’s changing — all major hospitals have innovation centers now. They want to incorporate new methods and they’re working with us to do it.”

According to the Hacking Medicine database on its website, 10 hackathons have already been held in 2015 in major cities such as Berlin, Paris, and Stockholm, and in smaller cities such as Missoula, Montana, and Halifax, Nova Scotia. The next event, which will focus on elderly health, is scheduled for July 25 in Singapore.

Hacking Medicine has been so successful that plans are in place for the program to be spun out as a non-profit independent entity led in part by MIT Sloan School of Management senior lecturer Zen Chu. According to The Wall Street Journal, the program will form its first working groups in early October.