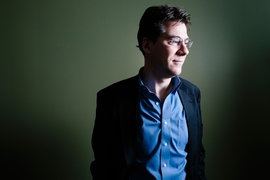 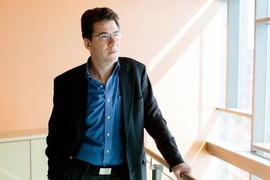 Even to its leading practitioners, macroeconomics can represent a mystery without enough clues. Consider the matter of whether an observed economic policy has hurt or helped a given nation’s economy. It is often hard to answer this sort of question cleanly: Many factors influence economies at the same time, and there are a limited number of useful comparisons among nations or regions.

“There are only so many countries and so many recessions,” says Jonathan Parker, the International Programs Professor of International Management at MIT and a macroeconomist by training. “The main way we get more data is through the passage of time. Sometimes time flies. But it produces more data only slowly.”

Still, economists can work around this. Take the most recent U.S. recession, which the National Bureau of Economic Research defines as having begun in late 2007 and ended in mid-2009. In early 2008, the federal government sent $100 billion in tax rebates to the vast majority of U.S. taxpayers. When economists observe the national economy responding to this policy, it is also intertwined with the events that triggered the policy, and may produce just a few more viable data points. But the 2008 stimulus program generated millions of new observations.

Parker has used this kind of data to produce influential studies. His work details the way households respond to policies like tax cuts, and in turn translates those micro-level findings into results helpful for understanding their macro-level effects.

In 2008, as Parker has shown, households increased spending by a level corresponding to about 50 to 90 percent of the total value of the tax rebates during the three months after they received them; these effects directly caused an increase in personal consumption demand of 1.3 to 2.3 percent more in the second quarter of 2008, and from 0.6 percent to 1.0 percent more in the third quarter, in year-to-year terms. In short, he found that the 2008 stimulus did generate more spending.

“Our estimates suggest a significant macroeconomic effect … on consumer demand,” Parker and three co-authors wrote in a 2013 American Economic Review paper about the 2008 tax cut.

An earlier Parker study found a similar effect stemming from the 2001 tax cuts. Both studies were methodologically sophisticated: The tax cuts were scheduled according to the last digits of taxpayers’ Social Security numbers, providing the effective randomization that permits rigorous social-science research.

And Parker’s work has had important theoretical implications: While canonical economics theory holds that people will anticipate changes in income and smooth out their consumption, these studies, among others Parker has conducted, show that spending fluctuates as a result of such tax rebates.

“We established quite a significant spending response to the receipt, and not to learning about the policy,” Parker says. “Figuring out which theory is right and what people actually do requires the data, and that’s the detective work, and that’s the fun, chasing the truth.”

For studies such as those, the versatile Parker has received acclaim in his field. In 2013, he joined the MIT Sloan School of Management, a job that represents a professional and personal homecoming.

Parker’s father, Simon, was an Englishman who came to the U.S. for graduate school, and became a faculty member at Boston University, where he taught courses on Ugaritic and related subjects for more than two decades. Parker credits his father’s work with having a significant influence on his own, no matter how distinct the two disciplines might seem.

Parker graduated with a BA in economics from Yale University, where he met his wife, Anne Sartori, now a political scientist who has written extensively about international relations and diplomacy. (Sartori is currently a research scientist at MIT).

During college, Parker took an internship in Washington at the Congressional Budget Office and, after graduating, worked at the Council of Economic Advisers, both of which helped sharpen his sense of the ways social science can usefully inform policymaking.

“These positions gave me a lot of perspective and interest in how economics interacts with policies and how Washington uses these discoveries, as well as a perspective on the important issues for making good policy,” Parker says.

Arriving at MIT for his PhD in economics, Parker worked with noted macroeconomists Ricardo Caballero (his principal advisor) and Olivier Blanchard. As mentors, Parker recalls feeding off the energy of the department while getting the space to pursue his own research interests; intermittently he would meet with Caballero for discussions where they would “finish each other’s sentences,” then return to his thesis work.

Parker’s PhD thesis contained what would become his first significant paper, published in 1999, on spending responses to a Social Security tax cut; it represented his initial research covering the same type of ground as his more recent analyses of tax cuts and household finance.

As a professor, Parker received tenure at Princeton University. He then moved to Northwestern University in 2007, before joining MIT.

Parker’s contributions to his field have not only been empirical and theoretical; he has played a key role in the creation of many of the data points he uses, too. After the 2001 tax cut, the federal government was already surveying households about spending. Tracking the tax rebate legislation as it wound its way through Congress, Parker raced to develop useful questions that could be added to the existing survey and worked with federal agencies to have those questions included.

After the 2008 tax rebates, Parker took on a similar role. Again he helped create surveys that yielded lots of specific information about the differences in response to the similar rebate programs of 2001 and 2008 — such as the fact that spending on consumer durables went up more in 2001 than in 2008. The feeling that there are new approaches to research, Parker says, is one of the most energizing aspects of his work.

“The study of consumer behavior and household finance hasn’t been wracked by battles the way some areas of economics have,” Parker observes. “I think we all realize there’s a lot to learn from our methods. With the rise in the use of big data and the speed of computers, in some ways the field is still in its infancy.”

Still, studies linking household finance and macroeconomic effects are mature enough to have an impact in Washington, where Ben Bernanke, while chairman of the Federal Reserve, referenced Parker’s study of the 2001 tax cuts as a guide to the Fed’s policy thinking.

“One of the common themes in my work is trying to contribute to the public debate, and trying to increase the quality of economic decision-making in the public sphere,” Parker says. “Somehow I have lucked into finding a number of interesting questions and ways to answer them.”

Watching how the money flows