Graduate student Daniel Prendergast characterizes his field of environmental engineering as fluid, intricate, and rarely dull. Growing up in Old Saybrook, Connecticut, his perspective has always focused on the “now”: What can be immediately changed, or what can stimulate a lingering impact for future generations?

This deep-rooted motivation is the core that sustains his work in MIT’s Department of Civil and Environmental Engineering (CEE, also known as Course 1).

“The environment is incredibly complex, and our grasp of it is shifting every day,” he says. “I liked the idea of chasing a life in environmental engineering, because it’s application-based. I can, right now as a student, produce something tangible and impactful in all of my work.” Course 1, he continued, has fostered his comprehension of the environment from both a scientific and developmental point of view. 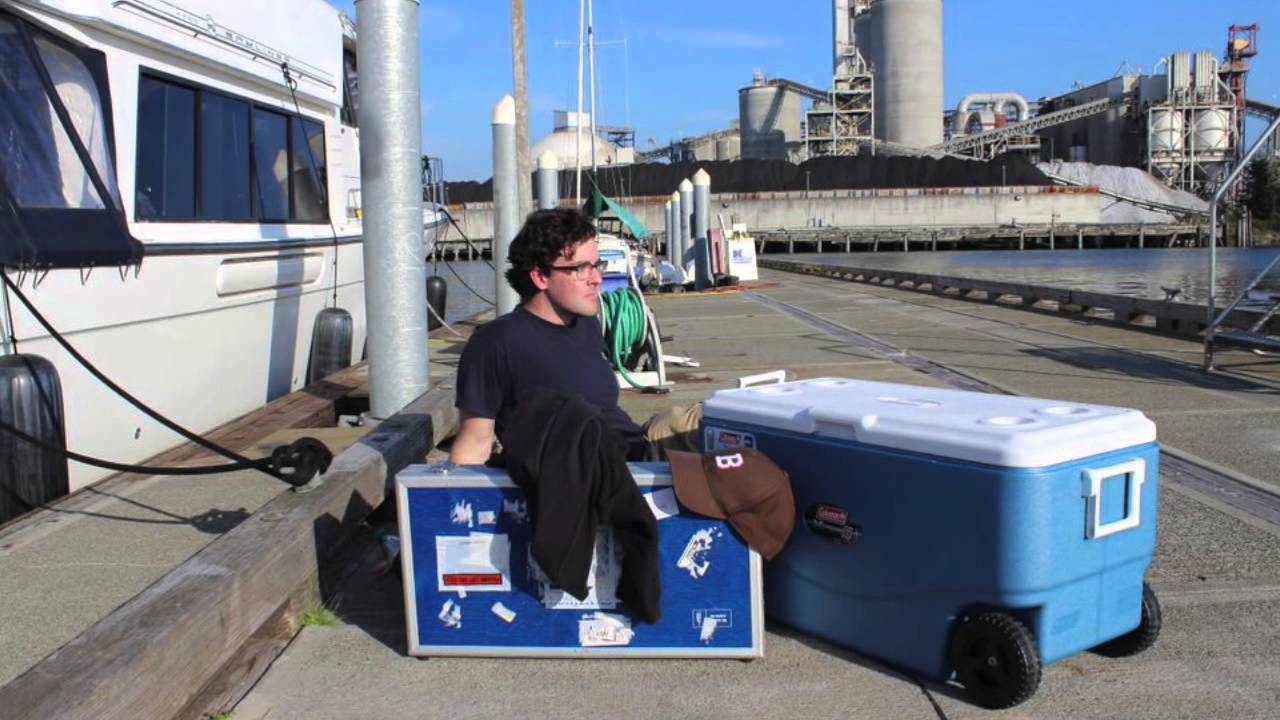 Prendergast, originally intent on pursuing a career in chemical engineering, received his bachelor’s degree from Brown University in Rhode Island. His undergraduate work, however, served him his first taste of environmental engineering — a field he says he didn’t even realize existed before arriving at MIT.

Now with four years of Course 1 experience, one research trip to Italy, and countless days of collecting samples from riverbeds under his belt, Prendergast has merged his passion for chemical analysis with his mission to tackle immediate environmental challenges. Working at the intersection of multiple scientific and engineering disciplines is one of the hallmarks of CEE’s “big engineering” philosophy. Today’s more complex, uncertain world requires greater innovation and comprehensive, holistic solutions.

And there’s no time to waste.

Working with CEE Professor Philip Gschwend in Parsons Laboratory, Prendergast develops and deploys passive samplers in Seattle’s Lower Duwamish Waterway. The aim of his project is to devise means to identify the source(s) of contaminants like polychlorinated biphenyls (PCBs) in complex environments so that organizations such as the Environmental Protection Agency (EPA) can effectively mitigate and eliminate such toxic chemicals.

“Right now, the practice of collecting and analyzing samples takes months, and I want it to take hours,” Prendergast says. “Our passive samplers are simpler, cheaper, and much more efficient to process.”

With less than two years to go, the fourth-year PhD candidate’s project hinges on a fusion of fieldwork, lab analysis and computer simulation. Prendergast spoke with CEE recently about his work.

Q: What are the real-world implications of your research?

A: My lab is deploying a collection of passive samplers in the Lower Duwamish Waterway as part of a three-year campaign to confirm the source of contamination of PCBs. Last summer, we worked with the EPA and the U.S. Army Corps of Engineers to deploy close to 20 samplers. Right now, I am still analyzing the results gathered by these samplers.

PCBs are not only inert and hydrophobic — they are also a legacy pollutant. Production peaked around 1960 in the U.S., with a variety of useful applications including dielectric fluid in transformers, thermal insulation, and hydraulic fluids. Over time, we grew to realize the harmfulness of the contaminants on the ecosystem, so the U.S. banned their production in 1979.

The problem, however, is that the same properties that made PCBs a very useful product also make them resistant to degradation, meaning they will linger in the environment decades past their ban. Specifically, they sorb to sediment in lakes and rivers.

PCBs also tend to “absorb” into biota. Many creatures like worms and mussels live in the sediment and become contaminated. These biota reside at the bottom of the food chain, and PCBs will bioaccumulate into higher-order predators. Eventually, the contaminants work their way up to us. These chemicals are probable human carcinogens, and have shown adverse health effects on the nervous, immune, and endocrine systems.

At the end, we hope for a better understanding of the sources of PCBs in this river and others. Passive samplers are exceptional at determining the freely dissolved concentration of PCBs in the water column and sediment pore water, which has shown a strong linkage to the exposure experienced by local biota. When the project began, our goal was to create a spatial map of the river’s contamination and compare this to current studies that use traditional sampling techniques. Once we finalize this map, we will go back and refine our search for other sources to the river, including groundwater, storm water outfalls, and the atmosphere.

My interest in this specific project is its immediacy. It offers direct, tangible results for me to explore, and a solution at the end. Another perk is that my work is all-encompassing: I can go out for fieldwork, analyze the samples, and interpret them with basic laboratory experiments. Finally, I integrate my results in a hydrodynamic model of the river, which encourages me to look at the bigger picture and interpret the results in the context of the future.

Q: What opportunities have you had to delve deeper into your research?

A: I’ve been to Seattle, I’ve been to Italy, I’ve been to lakes near and far from MIT — I’ve even volunteered to help in my lab mates’ fieldwork ventures. I seize any opportunity that takes me out of the lab. It’s a lot of work, I’m not exactly taking a nap on a boat all day, but it’s definitely the best part of my research.

Back in 2013, I worked with my lab on a project to create better cleanup solutions for oil spills. Because of this, I had the opportunity to collaborate with Italy’s national oil company, Eni. Eni had previously worked with us to develop and understand novel, lab-scale oil cleanup experiment. Their interest was in implementing them on a greater scale, in order to get a sense of their implications in a real-world context. So what they actually did, which I was not expecting, was build an experimental wave tank for my project in their institute in Italy. I went to Italy for three weeks and worked with this wave tank.

My background in fluid dynamics and chemistry made me the ideal candidate. The Eni team and I created mid-scale prototypes of how we anticipated the cleanup device to look. Eni was more interested in physically creating the device itself – something that could float and respond to waves – which was complementary with my project at the time as I was trying to determine the fundamental forces in waves and how they would affect the rate at which we clean up oil. Ultimately, Eni was very happy with our work, and this was a big step towards making this bench-scale laboratory idea into a real, applicable device that they could one day employ.

Q: What’s the next step for you in your work?

A: In regards to my research, my next step is to extend my sampling efforts to storm water. For this upcoming year, we will focus on groundwater and storm water inputs. I plan to go to my river — the Duwamish River — in Seattle and work on quantifying the input from storm water outfalls. I anticipate that there will be parallel efforts to examine other various inputs in the river, but my primary focus is the storm water.

In all honesty, I love being a graduate student. Some of the post-grad avenues I’m considering are consulting, working for the EPA or other government agencies helping to analyze sites, and academia. Having been a TA for both graduate and undergraduate classes in environmental chemistry, I definitely know I enjoy teaching. I’ve also had mentoring experiences, most recently with Course 1’s Mini UROP program during IAP [Independent Activities Period] 2015, and have always appreciated the opportunity to guide students. But despite my uncertainty about my plans for after MIT, I do feel that Course 1 has prepared me to jump into a myriad of disciplines.

Bubbling with passion for environmental engineering