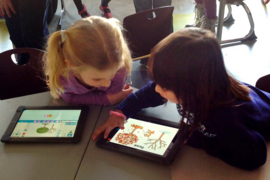 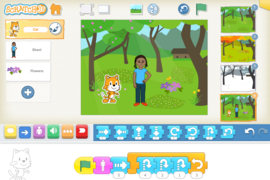 ↓ Download Image
Caption: As children create stories with ScratchJr, they use math and language in a motivating context, supporting the development of early numeracy and literacy.

Caption:
As children create stories with ScratchJr, they use math and language in a motivating context, supporting the development of early numeracy and literacy.

Can children learn to code at the same age they’re learning to tie their shoes?

That’s the idea behind ScratchJr, a free iPad app released this week by researchers at the MIT Media Lab, Tufts University, and Playful Invention Company (PICO).

With ScratchJr (scratchjr.org), children ages five to seven can program their own interactive stories and games. In the process, they learn how to create and express themselves with the computer, not just interact with it.

"As young children code with ScratchJr, they develop design and problem-solving skills that are foundational for later academic success," said Marina Umaschi Bers, professor in the Eliot-Pearson Department of Child Study and Human Development at Tufts, and director of the Tufts’ Development Technologies research group, which co-developed ScratchJr. "And by using math and language in a meaningful context, they develop early-childhood numeracy and literacy." 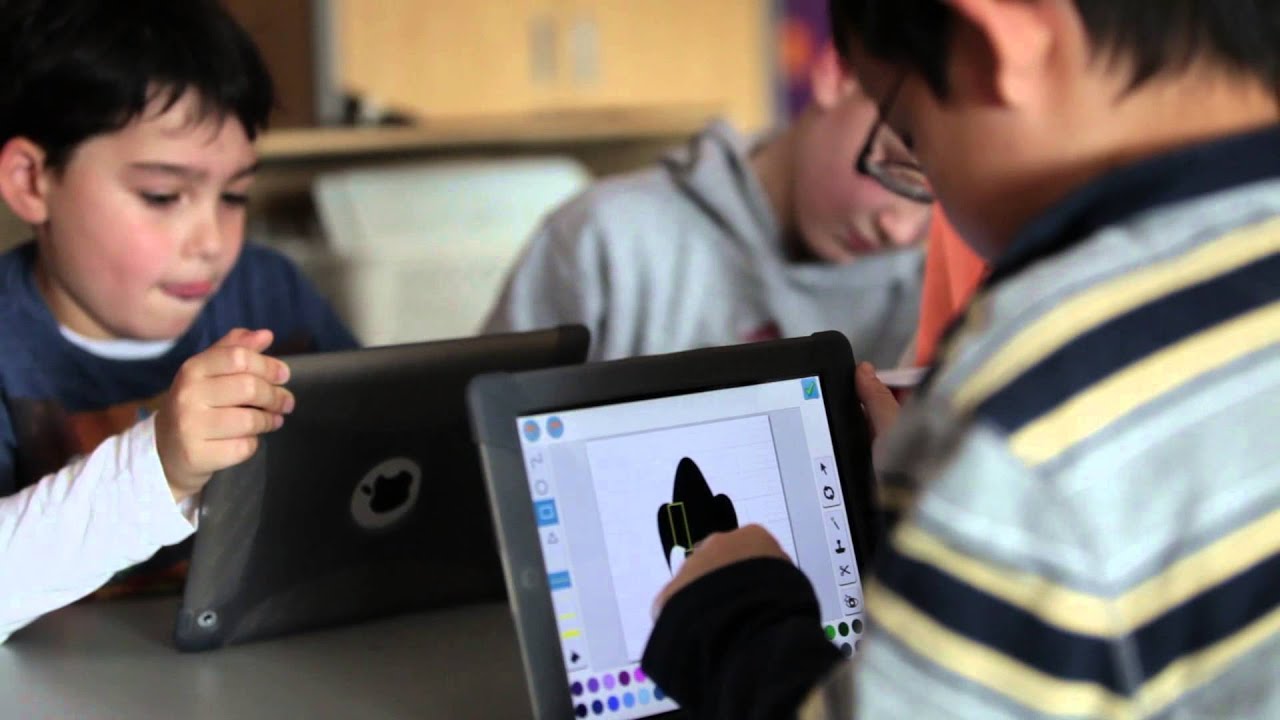 Play video
With ScratchJr, young children (ages 5-7) can program their own interactive stories and games. In the process, children learn to solve problems, design projects, and express themselves creatively on the computer. They also use math and language in a motivating context, supporting the development of early-childhood numeracy and literacy.

ScratchJr was inspired by the popular Scratch programming language, developed by the MIT Media Lab’s Lifelong Kindergarten research group and used by millions of young people (ages eight and up) around the world. The ScratchJr team redesigned the interface and programming language to match young children’s cognitive, personal, social, and emotional development. Even children who have not yet learned to read can create projects with ScratchJr.

"Coding is the new literacy," said Mitchel Resnick, MIT Professor of Learning Research and head of the Media Lab’s Lifelong Kindergarten group. "Just as writing helps you organize your thinking and express your ideas, the same is true for coding. In the past, coding was seen as too difficult for most people. But we think coding should be for everyone, just like writing."

To program in ScratchJr, children snap together graphical blocks to make characters move, jump, dance, and sing. Children can modify characters in the paint editor, add their own voices and sounds, even insert photos of themselves — then use the programming blocks make their characters come to life.

The teams at Tufts, the MIT Media Lab, and PICO collaborated on the design, development, and evaluation of the ScratchJr software. Now that the iPad app is available, the teams will turn their attention to developing versions for other platforms (such as Android), adding new features for sharing ScratchJr projects, and developing curriculum and support materials for teachers and parents.

Wall Street Journal reporter Sue Shellenbarger speaks with Prof. Mitchel Resnick about the benefits of teaching children how to code.  Shellenbarger writes that Resnick explained that “coding games and puzzles helps children go beyond a passive role with technology…to seeing it as a tool for creating things, expressing their ideas and sharing them with others.”

Rodrique Ngowi writes for the Associated Press about ScratchJr, an app co-developed by MIT researchers to help young children think creatively and develop skills in math and science. “Children as young as 5 can use the app to craft their own interactive stories and games,” writes Ngowi.

“The MIT Media Lab recently released ScratchJr, a free iPad app that helps children 5-8 learn how to code,” writes Jordan Shapiro for Forbes. The ScratchJr language is a redesign of the original Scratch programming to simplify it for use by younger children.

“The Massachusetts Institute of Technology (MIT) has released a new iPad app that aims to help 5-7 year-old children take their first steps in programming,” writes Stuart Dredge for The Guardian. “ScratchJr is a free app based on MIT’s existing Scratch programming language.”

Marcus Wohlsen of Wired reports on ScratchJr, a new iPad application created by MIT researchers to teach kids how to code. “We wanted to make sure young people aren’t just using tablet for browsing and consuming,” says Prof. Mitchel Resnick.

Kids coding in the cloud