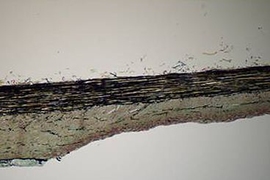 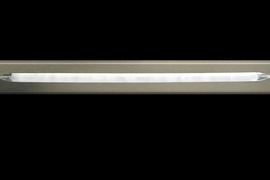 Over the past few decades, scientists have developed many devices that can reopen clogged arteries, including angioplasty balloons and metallic stents. While generally effective, each of these treatments has drawbacks, including the risk of side effects.

A new study from MIT analyzes the potential usefulness of a new treatment that combines the benefits of angioplasty balloons and drug-releasing stents, but may pose fewer risks. With this new approach, a balloon is inflated in the artery for only a brief period, during which it releases a drug that prevents cells from accumulating and clogging the arteries over time.

While approved for limited use in Europe, these drug-coated balloons are still in development in the United States and have not received FDA approval. The MIT study, which models the behavior of the balloons, should help scientists optimize their performance and aid regulators in evaluating their effectiveness and safety.

“Until now, people who evaluate such technology could not distinguish hype from promise,” says Elazer Edelman, the Thomas D. and Virginia W. Cabot Professor of Health Sciences and Technology and senior author of the paper describing the study, which appeared online recently in the journal Circulation.

Lead author of the paper is Vijaya Kolachalama, a former MIT postdoc who is now a principal member of the technical staff at the Charles Stark Draper Laboratory.

Until the late 1970s, the standard treatment for patients with blocked arteries near the heart was bypass surgery. Doctors then turned to the much less invasive process of reopening arteries with angioplasty balloons. Angioplasty quickly became the standard treatment for narrowed arteries, but it is not always a long-term solution because the arteries can eventually collapse again.

To prevent that, scientists developed stents — metal, cage-like structures that can hold an artery open indefinitely. However, these stents have problems of their own: When implanted, they provoke an immune response that can cause cells to accumulate near the stent and clog the artery again.

In 2003, the FDA approved the first drug-eluting stent for use in the United States, which releases drugs that prevent cells from clumping in the arteries. Drug-eluting stents are now the primary choice for treating blocked arteries, but they also have side effects: The drugs can cause blood to clot over time, which has led to death in some patients. Patients who receive these stents now need to take other medications, such as aspirin and Plavix, to counteract blood clotting.

Edelman’s lab is investigating a possible alternative to the current treatments: drug-coated balloons. “We’re trying to understand how and when this therapy could work and identify the conditions in which it may not,” Kolachalama says. “It has its merits; it has some disadvantages.”

The drug-coated balloons are delivered by a catheter and inflated at the narrowed artery for about 30 seconds, sometimes longer. During that time, the balloon coating, containing a drug such as Zotarolimus, is released from the balloon. The properties of the coating allow the drug to be absorbed in the body’s tissues. Once the drug is released, the balloon is removed.

In their new study, Kolachalama, Edelman and colleagues set out to rigorously characterize the properties of the drug-coated balloons. After performing experiments in tissue grown in the lab and in pigs, they developed a computer model that explains the dynamics of drug release and distribution. They found that factors such as the size of the balloon, the duration of delivery time, and the composition of the drug coating all influence how long the drug stays at the injury site and how effectively it clears the arteries.

One significant finding is that when the drug is released, some of it sticks to the lining of the blood vessels. Over time, that drug is slowly released back into the tissue, which explains why the drug’s effects last much longer than the initial 30-second release period.

“This is the first time we can explain the reasons why drug-coated balloons can work,” Kolachalama says. “The study also offers areas where people can consider thinking about optimizing drug transfer and delivery.”

Most previous efforts to develop drug-coated balloons have focused on a different drug, Paclitaxel. “For the first time, this study establishes a basis for drug-coated balloons based on Zotarolimus to work,” says Juan Granada, executive director of the Cardiovascular Research Foundation Skirball Research Center, who was not part of the research team. “It explains in a very elegant way the important implications for technology development based on these findings.”

In future studies, Edelman, Kolachalama and colleagues plan to further examine how blood flow affects drug delivery. They also plan to study a variety of different drugs and drug coating compositions, as well as how the balloons behave in different types of arteries.

The National Institutes of Health and Abbott Vascular funded the research.