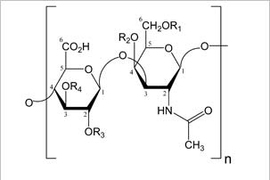 An international team of researchers led by MIT has explained how contaminated batches of the blood-thinner heparin were able to slip past traditional safety screens and kill dozens of patients recently in the United States and Germany.

The team, led by Professor Ram Sasisekharan of MIT, identified the chemical structure of the contaminant, known as oversulfated chondroitin sulfate (OSCS). The researchers present their findings and offer new approaches to detecting the contaminant in a report appearing today in the online edition of Nature Biotechnology.

Another team led by Sasisekharan has shown exactly how OSCS can kill--specifically by setting off an allergy-like reaction. The biological effects of the contaminant are outlined in a report also being published online today in the New England Journal of Medicine.

"Sophisticated analytical techniques enabled complete characterization of the contaminant present in heparin. Further, this study also provides the scientific groundwork for critical improvements in screening practices that can now be applied to monitor heparin, thus ensuring patient safety," said Sasisekharan, senior author of the papers, the Underwood Prescott Professor of Biological Engineering and Health Sciences and Technology at MIT and at the David H. Koch Institute for Integrative Cancer Research at MIT.

Heparin, a blood thinner often used during kidney dialysis or heart surgery, is normally produced from pig intestines. FDA officials say the contaminated heparin came from factories in China that manufacture the drug for Baxter International.

Baxter recalled its heparin in February after dozens of deaths were reported, dating back to November. The tainted heparin has been blamed for 81 U.S. deaths so far, and earlier this week, the FDA announced that contaminated batches were also found in 10 other countries.

"These results provide a potential link between the presence of chemical contaminant in heparin and the clinical symptoms observed in affected patients. Our findings also suggest that a simple bioassay could help protect the global supply chain of heparin, by screening heparin lots for the presence of polysulfated contaminants that may have unintended pharmacological consequences," said Sasisekharan.

Heparin consists of a long, complex chain of repeating sugar molecules. The contaminant, which is derived from animal cartilage, has a structure very similar to that of heparin and thus cannot be identified with the tests normally used to inspect batches of heparin.

It is unclear whether the contaminant got into the heparin during the manufacturing process, or how and where contamination could have occurred during the process. More investigations are needed to address this issue.

Traditional heparin safety screens test only for contaminants such as protein, lipids or DNA, and thus would not detect the presence of sugar chains that do not belong. Sasisekharan's laboratory has played a key role in developing new technologies for analyzing complex sugars. Using the new technology, the research team was able to detect the presence of the faulty sugars.

"In addition to being vital for public health, identifying the recent impurity in heparin was a chemical triumph," said Jeremy M. Berg, director of the National Institute of General Medical Science, which supported the work. "The research team accomplished this difficult task by using a unique combination of scientific techniques that might in the future be used to detect other impurities in pharmaceutical materials."

More than 100 patients have experienced adverse reactions after receiving the tainted heparin. Symptoms include extremely low blood pressure, swelling of the skin and mucus membranes, shortness of breath, and abdominal pain.

The researchers found that the contaminant activates two inflammatory pathways: one that initiates blood clotting and dilation of the blood vessels, and one that produces anaphylactic toxins. The first leads to a dangerous decrease in blood pressure, the second a serious allergic reaction. In blinded laboratory tests, the contaminated heparin activated the biological pathways, while normal heparin did not.

Sasisekharan emphasized the remarkable willingness of dozens of scientists across the globe to work together to rapidly resolve what might otherwise have left people with serious uncertainties about drug safety.

"The generosity and willingness of people to do whatever they could to help solve this problem was unlike anything I'd experienced before. It is extremely satisfying to see how teamwork has resulted in the application of rigorous, peer-reviewed science that helps to keep our medicines safe," he said.

Sasisekharan expressed his hope that such effective teamwork will extend to other dimensions of public health, in which rigorous team-based science leads not only toward safer drugs, but also toward safer foods and a safer environment.

Researchers from the FDA, Momenta Pharmaceuticals, Virginia-Maryland Regional College of Veterinary Medicine at Virginia Tech, and Brigham and Women's Hospital contributed to the New England Journal of Medicine paper.