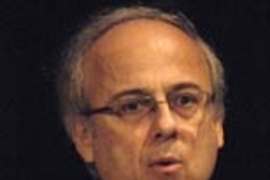 High oil prices, energy security considerations and fears about global warming have helped revive interest in renewable energy sources like biofuels, which burn cleanly and can be produced from plants.

But there are a few catches, particularly regarding biofuels like corn-based ethanol: the more corn is used in ethanol production, the less is available for food--a reality that partly accounts for the recent run-up in world food prices. Moreover, most of the 6 billion gallons of ethanol produced annually in the United States comes from corn, but there's not enough corn available to make it a viable long-term source.

MIT Professor Gregory Stephanopoulos will lead a discussion of the various ways scientists and energy policymakers are seeking to overcome these limitations and make biofuels from renewable biomass feedstocks a significant part of the U.S. energy supply during a symposium on Saturday, Feb. 16, at the annual meeting of the American Association for the Advancement of Science in Boston.

The symposium, "Biomass to Biofuels Conversion: Technical and Policy Perspectives," will explore two aspects of biofuels: The first half will cover biofuels policy and the second will focus on technical issues in converting biomass to fuel.

Stephanopoulos, the Willard Henry Dow Professor of Chemical Engineering, will discuss his own research, which involves bioengineering yeast. He and colleagues have developed a new way to engineer the genome of yeast to produce desirable traits--specifically, the ability to tolerate high levels of ethanol, which is normally toxic to yeast. The technique holds promise for the development of other traits that would make yeast more-efficient ethanol producers.

He will also touch on other lines of biofuel research, including using plant materials to produce ethanol. To replace corn, scientists are turning to cellulose found in grasses and agricultural wastes.

"The technology to produce cellulosic ethanol is not there yet," Stephanopoulos said. However, he estimates that large-scale, economically feasible production of ethanol from cellulose could happen within 10 years.