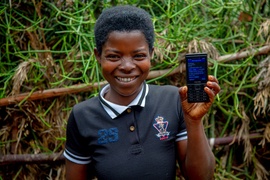 What’s the best way to help someone living in extreme poverty? Some might say improved access to food while others might focus on health care or education.

All are worthy causes, but the truth is that the needs of people in extreme poverty vary. Walk through a slum in Kenya, for instance, and you might meet budding entrepreneurs, people who want to invest in education for themselves or their children, and even people who, given the ability, would simply work less and spend more time caring for family.

Since 2009, the nonprofit GiveDirectly has allowed impoverished people to choose for themselves by facilitating digital cash donations that go directly into recipient’s bank accounts.

The organization, which was founded by a group of graduate students in economics that includes two MIT alumni, has delivered over $500 million to date to people in 11 countries, from residents of Houston recovering from Hurricane Harvey to farmers in Kenya.

Along with its payments, GiveDirectly studies the effects of cash transfers through randomized control trials in collaboration with independent researchers. The organization has more than a dozen such trials either completed or underway, and runs other tests to further understand how recipients spend the funds. The work builds on a large body of research refuting the idea that cash payments will be wasted on drugs and alcohol.

“If you believe, as we do, that people’s needs are different, then cash is one of the few interventions that allows people to meet their own needs, and they should have better information on their needs than we do,” says GiveDirectly co-director Rohit Wanchoo MBA ’08, who co-founded the organization with Jeremy Shapiro PhD ’09, Paul Niehaus, and Michael Faye. “The extension of that begs the question of what is the point of philanthropy? You can choose an intervention that aligns with your own values, or say, ‘I want to give this person the ability to live the life that they want.’ And that will vary person to person and household to household. But overall, we argue cash is the best way to match people’s needs to the giving.”

Before they decided to start a new kind of charity, the founders were just trying to make a donation. Around 2009, as graduate students at various stages of studying development economics at MIT and Harvard University, they agreed to commit a percentage of their income to people in extreme poverty.

As part of their coursework, the founders had learned about the effects of large-scale cash payments from the governments of Mexico and Brazil. They decided to test that approach with private donations.

“We knew that cash was a well-studied, well-documented, and effective intervention, so our goal was to get an organization to take our money and donate it through cash,” Wanchoo recalls. “We called up a bunch of organizations and they refused. … So we realized we had to set up an independent organization focused solely on giving cash in order to give cash ourselves.”

A key advance enabling GiveDirectly to pay individuals at scale was the emergence of mobile money services such as M-Pesa, which had become popular among people without traditional bank accounts in Kenya.

Wanchoo took the first trip to Kenya to register people living in temporary settlements who had been displaced by violence after the 2007 election.

“Where we were novel was A) in bringing this to the private charity sector, and B) in the way we were able to target people and distribute cash,” Wanchoo says. “So, we married the concept of cash transfers with the on-the-ground tech revolution that was mobile money.”

In subsequent payment programs, GiveDirectly would use other technologies to bolster selection, such as satellite imagery to ensure only people with thatched roofs and mud floors would receive payments. GiveDirectly is also exploring the use of machine learning on cell phone metadata to identify particularly vulnerable populations.

“With technology we’re heading toward ways of [identifying the poorest people] that are faster and more scalable; the pandemic was a huge catalyst for that,” Niehaus says. “Once you get data at scale there are some exciting things you can do with it.” 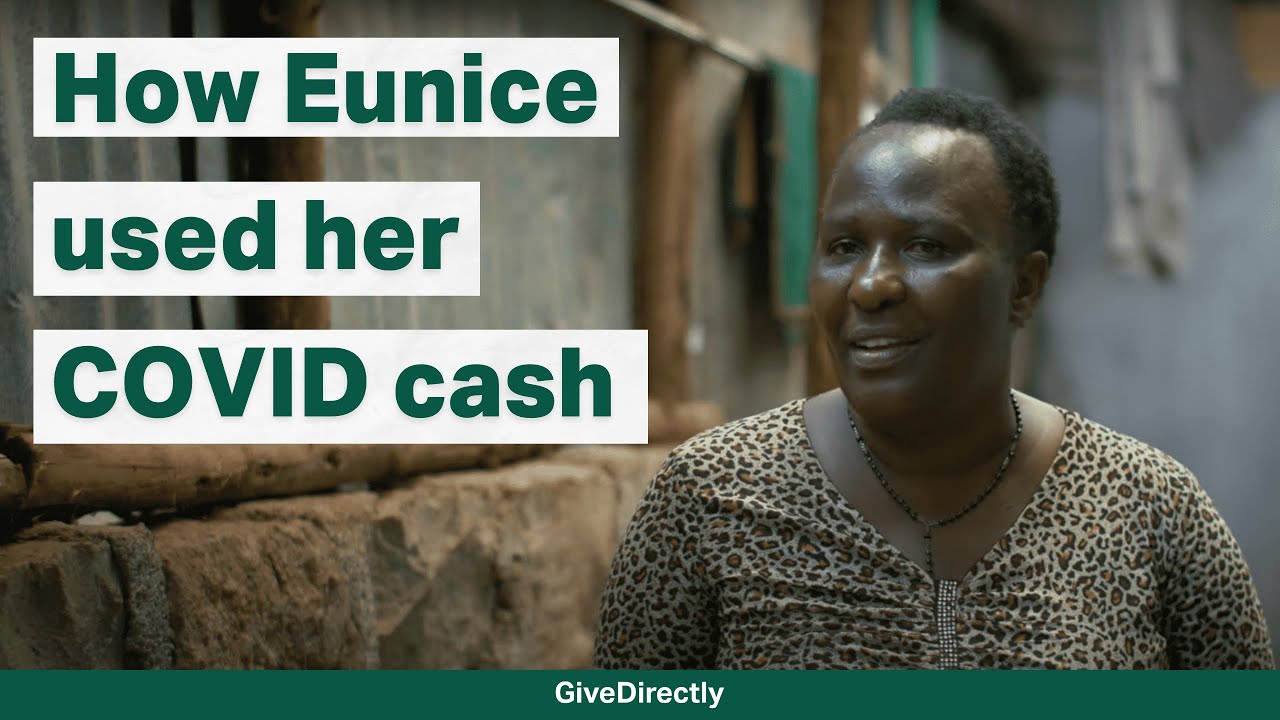 There are countless stories of people benefiting from GiveDirectly’s payments, and the company maintains a newsfeed that details how the payments are changing individual people’s lives. But the founders are focused on creating the best overall system rather than dwelling on individual stories.

“Stories are helpful for understanding the way the world works,” Niehaus says. “At the same time, we want to contextualize the stories with the data so we don’t just tell a story about the 1 percent best-case-scenario.”

The founders have also observed positive spillover effects across entire communities and say they have a forthcoming study in a leading economic journal showing every dollar donated boosted a community’s overall economic output by $2.40.

Another benefit of GiveDirectly’s straightforward, tech-enabled approach is that it’s able to give more than 90 percent of the total money donated to individuals as cash transfers – much more than the average charity.

“The constraints on growth have never been about the ability to execute; the constraint has always been are we willing to give our money to people living in extreme poverty and let them decide what to do with it?” Niehaus says. “So, it’s really about finding ways to convince people that vision is exciting.”

In 2016, the United Nations cited the need for “increased use of cash-based assistance” in global poverty programs. Niehaus says to him, the guidance exemplified a major change in perceptions around direct cash payments compared to when GiveDirectly was just starting out seven years earlier.

“We’ve all come up with that orthodoxy that giving money to people doesn’t work — worst-case scenario they might waste it in ways that are harmful to them,” Niehaus says. “But there has been a multitude of studies showing educational outcomes improve, health outcomes improve, prostitution rates decrease, crime rates decrease, work hours increase — all the things you’d hope for. And it’s of course very different depending on the context and the family. That’s a big part of the cash transfer story: That there is no one story, because everyone’s different.”

Since 2017, GiveDirectly has also operated in the U.S., facilitating emergency relief payments to people in the aftermath of hurricanes Harvey and Maria, working with the city of Chicago on a universal basic income trial, and with a private organization on a guaranteed income project for impoverished women in Georgia.

As the effects of cash payments in more affluent countries continue being studied, the founders believe cash payments can continue making major progress to end extreme poverty across the world.

“I still think, ‘What would it take to do this at a global scale so as to end extreme poverty?’” Niehaus says. “How much money would that take? What would the targeting have to look like? Let’s work that out and say, ‘If we were all willing to chip in a couple percent of what we make, this is a solvable problem in a very mechanical sense in our lifetimes.’ That’s a direction I’m excited to see GD head in.”

MIT and Harvard startup GiveDirectly, “identifies poor people and villages, usually in developing countries in sub-Saharan Africa, and distributes cash to them directly, usually via cellphone payment, instead of donations like food and livestock,” reports Dylan Matthews for Vox.

The power of economics to explain and shape the world