How industrialized life remodels the microbiome 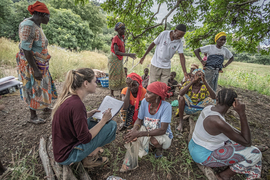 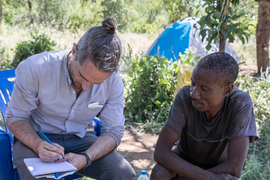 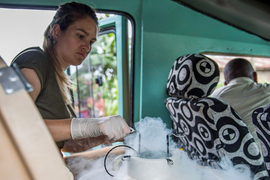 Thousands of different bacterial species live within the human gut. Most are beneficial, while others can be harmful. A new study from an MIT-led team has revealed that these bacterial populations can remake themselves within the lifetime of their host, by passing genes back and forth.

The researchers also showed that this kind of gene transfer occurs more frequently in the microbiomes of people living in industrialized societies, possibly in response to their specific diets and lifestyles.

“One unexpected consequence of humans living in cities may be that we've created conditions that are very conducive to the bacteria that inhabit our guts exchanging genes with each other,” says Eric Alm, director of MIT’s Center for Microbiome Informatics and Therapeutics, a professor of biological engineering and of civil and environmental engineering at MIT, a member of the Broad Institute of MIT and Harvard, and the senior author of the new study.

The study is the first major paper from the Global Microbiome Conservancy (GMbC), a consortium that is collecting microbiome samples from underrepresented human populations around the world in an effort to preserve bacterial species that are at risk of being lost as humanity becomes more exposed to industrialized diets and lifestyles globally.

“Most of the species that we find in rural and isolated populations are species that you wouldn't see in the industrialized world,” says Mathieu Groussin, an MIT research associate and one of the lead authors of the paper. “The composition of the microbiome shifts completely, and along with this, the number of different species is diminishing. This lower diversity of the industrialized microbiome might be a reflection of poor intestinal health.”

MIT research associate Mathilde Poyet is also a lead author of the study, which appears today in Cell. Other authors of the paper include researchers from institutions in Denmark, France, South Africa, Cameroon, Canada, Finland, New Zealand, Tanzania, Spain, Sweden, Ghana, and Nigeria.

The GMbC launched in 2016, with the mission of preserving human microbiome diversity before it is lost. So far, the project has gathered samples from 34 human populations worldwide. The GMbC consortium includes scientists from each country where samples are being collected.

“This effort is being led by MIT, but it is really a global collaboration,” Poyet says. “With our international consortium, we’re putting time and effort into collecting and preserving the individual bacterial strains so that we can keep them indefinitely into future generations, but all of those bacteria and their derivatives are still owned by the participants who provide them.”

In the Cell study, the researchers explored the phenomenon of horizontal gene transfer, which occurs when bacteria living in the same environment pass genes among each other. In 2011, Alm’s lab discovered that the human gut is a hotspot for this type of gene exchange. However, with the technique the researchers were using at the time, they were only able to determine that these gene transfers had likely happened sometime within the past 5,000 years.

In their new study, the researchers were able to estimate much more precisely when these transfers occurred. To do this, they compared the genetic differences between different species of gut bacteria. When they compared pairs of bacterial species that came from the same person, they found a much higher rate of genetic similarity than that seen in the same pairs taken from two different people, confirming that horizontal gene transfer can happen within the lifetime of an individual person.

“One of the really exciting things about this paper is we were finally able to answer the question of whether the rate of horizontal transfer has been high in the human microbiome over the last few millennia, or is it true that within each person’s lifetime, the bugs in their gut are constantly trading genes back and forth with each other,” Alm says.

Depending on the species, the researchers found that bacteria might obtain between 10 and 100 new genes every year. The researchers also found that the rate of gene exchange was significantly higher in people living in industrialized societies, and they also saw differences in the types of genes that were most commonly exchanged.

As one example, they found that among pastoralist populations who treat their livestock with antibiotics, genes for antibiotic resistance are among those exchanged at the highest rates. They also found that people from nonindustrialized societies, especially hunter-gatherers, had high rates of gene exchange for genes that are involved in fiber degradation. This makes sense because those populations usually consume much more dietary fiber than industrialized populations, the researchers say.

The research was funded by the Center for Microbiome Informatics and Therapeutics at MIT, the Rasmussen Family Foundation, and a BroadNext10 award from the Broad Institute.