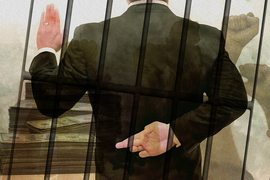 How do authoritarian regimes sustain their popularity? A novel study in China led by MIT scholars shows that anticorruption punishments meted out by government authorities receive significant support among citizens — who believe such actions demonstrate both competence and morally righteous leadership.

The findings help explain how authoritarian governments endure, not merely based on domination and fear, but as regimes generating positive public support over time.

“What we find is that not only does the punishment of corrupt officials increase the perception among citizens that there is a capable and competent government, but it also increases the belief that government authorities have moral commitments citizens care about,” says Lily Tsai, an MIT political scientist and co-author of a newly published paper detailing the study’s findings.

In the case of China, these anticorruption actions tend to consist of public punishments of lower-level local officials who have violated the law. It is not clear that such measures actually reduce corruption overall, but people are still influenced by public gestures involving crackdowns on malfeasance.

“It signals that there is someone in authority who is willing to create order and stability for the public,” Tsai notes.

The paper, “What makes anticorruption popular? Individual-level evidence from China,” has been published in advance online form in the Journal of Politics. The authors are Tsai, who is the Ford Professor of Political Science and MIT’s chair of the faculty; and Minh D. Trinh and Shiyao Liu, who are PhD candidates in political science at MIT.

The study consists of a sophisticated public-opinion experiment conducted in China using “conjoint analysis,” a method that identifies how much relative influence different factors have on people’s views.

The researchers essentially conducted three iterations of a detailed public-opinion survey. Nearly 2,400 total participants, in both rural and urban settings, were presented with hypothetical profiles of pairs of government leaders and asked to evaluate their performances based on a range of supposed attributes and achievements — including their anticorruption activities. In these scenarios, the exact attributes and activities of the hypothetical leaders varied randomly, allowing the researchers to separate out the importance of anticorruption measures in the minds of citizens.

Other things being equal, in these hypothetical scenarios, survey participants preferred officials making higher-profile anticorruption efforts, up to 25 percent more often than other officials. The survey’s respondents placed more weight on the economic stewardship provided by government officials, but rated anticorruption activities as being about equal in importance to welfare provision and administering elections fairly.

More significantly, Tsai says, the experiment finds that public interest in anticorruption gestures exists independently of anything else in a government official’s resume.

“Independent of how well officials do at economic development, or providing social welfare, or implementing elections, anticorruption punishment can still be a very useful tactic for authorities who are seeking to bolster their public support,” Tsai observes.

Indeed, Tsai adds, the results have a somewhat ominous implication along those lines: “These findings could indicate anticorruption punishment is a useful way of recession-proofing public support.”

The authors also introduced several modifications to the structure of the conjoint analysis to learn why people support visible anticorruption measures. Their study finds two distinct reasons behind this support. First, those measures signal that the officials taking action have the capacity to take decisive actions. Second, anticorruption actions also signal that the values of officials are aligned with ordinary citizens — even when the same officials do not, say, administer local elections well enough to give voters a strong voice in selecting leaders.

“At least in the Chinese context, in both urban populations and rural populations in China, citizens see officials who punish other, lower-level officials for corruption as being more moral,” Tsai says. “They [think anticorruption officials] have the “’right intentions.’”

Moreover, Tsai adds, anticorruption gestures seem effective even in lieu of evidence that corruption might be consequently reduced. At least in political terms, staging a high-profile anticorruption campaign is what matters, more than quelling corruption.

“It’s in the interest of rulers to invest in anticorruption punishments even if that punishment does not decrease corruption,” Tsai says. “People have no data about how much corruption there is in government. What they can see more clearly are the incidents of punishment of corruption.”

In historical terms, Tsai adds, the results fit “a longstanding tradition in China where the rulers position themselves as the allies of ordinary people,” despite restricting individual liberties in many ways. That said, Tsai thinks the results describe a political dynamic that could be found in many nation-states, in many varieties: People will back leaders who support symbolic public punishments, conveying a message that the traditional social order will remain intact.

“People are often willing to sacrifice a lot for a sense of certainty,” Tsai says.

A searching discussion about being Asian American at MIT

How door-to-door canvassing slowed an epidemic