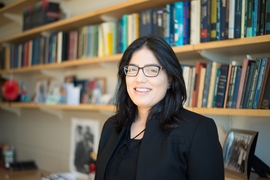 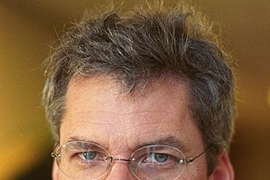 This article was updated on Oct. 31 to include the members of the Ad Hoc Committee to Review MIT Gift Processes.

Chair of the Faculty Rick Danheiser and Provost Martin Schmidt have announced the creation of two related committees that will examine MIT’s external engagements and review its policies and processes on soliciting and accepting gifts. The committees are charged with recommending new guidelines for the Institute’s relationships with funding sources.

The philanthropic landscape’s complexity has increased in recent years. To help the Institute adapt to this new environment, one of the new committees will examine and advise on the principles governing MIT’s decisions to engage with outside entities and individuals. The other will review and recommend improvements to MIT’s processes for soliciting, processing, and accepting gifts.

The two committees, which will both begin their work immediately, continue a process begun last month with the launch of outside fact-finding, by Boston-based law firm Goodwin Procter, on MIT’s engagements with the late Jeffrey Epstein.

Ad Hoc Faculty Committee on Guidelines for Outside Engagements

The first of the two new committees, to be chaired by Tavneet Suri, an associate professor of applied economics at the MIT Sloan School of Management, will advise on the principles governing MIT’s acceptance of gifts and funding, and its engagement with outside entities and individuals.

“Plans to form this committee were begun by faculty governance in August,” Danheiser says, “and ultimately involved the reconstitution and expansion of the nascent Ad Hoc Faculty Committee on Guidelines for International Engagements that had been convened by former Chair of the Faculty Susan Silbey.”

This committee, known as the Ad Hoc Faculty Committee on Guidelines for Outside Engagements, will include faculty from across the Institute. It will be advised by a Student Committee on Outside Engagements convened by the Undergraduate Association and the Graduate Student Council, and informed by focus groups and meetings with departments and various communities across campus.

“MIT has always been, for me, an institution that sets the standard for leadership,” Suri says. “This standard compels us to deal with the issues confronting us with the gravity they demand. We are faced with an ever-changing landscape of engagements and we have an opportunity to lead in the establishment of clearer and stronger boundaries. We have the chance to create and articulate a set of values and guiding principles, consistent with our mission, that will direct all our outside engagements, grants, gifts, and collaborations. We may be one of the first academic institutions to do so.”

This principles committee’s charge calls upon it “to define a set of values and principles, consistent with MIT’s mission, to guide the assessment of outside engagements. Outside engagements include grants, gifts, and any other associations and collaborations involving MIT with governments, corporations, foundations, or private individuals, domestic or foreign. The committee will produce a set of guidelines to be employed by the MIT decision-makers … in evaluating potential outside engagements.”

In addition to Suri, other members of this committee are:

A Subcommittee on International Engagements will consider issues specific to evaluating pending engagements with nations that may have problematic political, civil, and human rights records.

The second new committee will be chaired by Peter Fisher, professor of physics and head of the Department of Physics, and will include members from across MIT. This Ad Hoc Committee to Review MIT Gift Processes is charged with “reviewing MIT’s current processes for soliciting, processing and accepting gifts to the Institute [and] recommending improvements to facilitate efficient, transparent and responsive decision making with respect to gifts.”

“Principles for accepting a gift are an essential expression of MIT’s values,” Fisher says. “Our committee will concern itself with how and when, in the process of soliciting, processing, and accepting a gift, the principles developed by Professor Suri’s committee are applied. If application of the principles is left to the end of the process, a great deal of work could be wasted, and expectations could be thwarted. Application too early in the process, before the intent and purpose of a gift are understood, could have a chilling effect on giving, causing MIT to miss valuable opportunities. Our committee will work to understand the process in detail, how to apply our principles along the way, and how to make the whole operation clear to the MIT community.”

The Ad Hoc Committee to Review MIT Gift Processes is expected to assess MIT’s current approach to gift solicitation and processing, including due-diligence practices; study similar processes at peer institutions; use the Institute’s receipt and acceptance of gifts from Epstein, and other gifts, as case studies to identify areas for improvement; and recommend changes to MIT’s current gift processes.

The members of this committee are:

Next steps in an ongoing process

Danheiser and Schmidt have asked the two committees to complete their work by spring 2020. Both committees will conclude their work by issuing reports on their findings and recommendations: The Ad Hoc Faculty Committee on Guidelines for Outside Engagements will provide its report to the MIT community, and the Ad Hoc Committee to Review MIT Gift Processes will provide its report to Schmidt, who will share it with the MIT community for comment.

“This is a serious undertaking, and as with Goodwin Procter’s fact-finding, we must give these committees the time they need to complete a comprehensive assessment,” Schmidt says. “I am confident that by harnessing the wisdom of many members of the MIT community, we will emerge with a robust, and much improved, framework to govern our outside engagements going forward.”

Both committees, along with the outside fact-finding by Goodwin Procter, are part of the Institute’s response to information that has come to light in recent months regarding MIT’s engagement with Jeffrey Epstein.

Over the past month, President L. Rafael Reif has participated in forums with MIT faculty, alumni, students, and staff to begin an ongoing dialogue with a broad cross-section of the community on MIT’s culture and the path forward from the Epstein revelations. The last of these initial forums, with postdocs and research staff including staff from MIT Lincoln Laboratory, took place Friday morning. The president has also had private meetings with many members of the MIT community.

Letter regarding preliminary fact-finding about MIT and Jeffrey Epstein