Jump-starting the economy with science 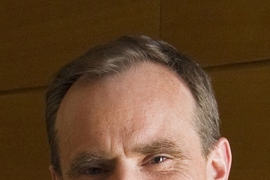 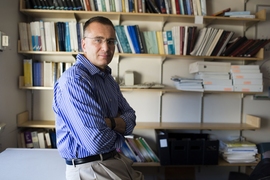 In 1988, the U.S. federal government created a $3 billion, 15-year project to sequence the human genome. Not only did the project advance science, it hit the economic jackpot: In 2012, human genome sequencing accounted for an estimated 280,000 jobs, $19 billion in personal income, $3.9 billion in federal taxes, and $2.1 billion in state and local taxes. And all for a price of $2 per year per U.S. resident.

It’s not just genomics that pays off. Every additional $10 million in public funding granted to the National Institutes of Health, according to one MIT study, on average produces 2.7 patents and an additional $30 million in value for the private-sector firms that own those patents. When it comes to military technology, each dollar in publicly funded R&D leads to another $2.50-$5.90 in private-sector investment.

In general, “Public investment in science has very big economic returns,” says Johnson, who is the Ronald A. Kurtz Professor of Entrepreneurship at the MIT Sloan School of Management.

Yet after a surge in science funding spurred by World War II, the U.S. has lowered its relative level of public investment in research and development — from about 2 percent of GDP in 1964 to under half of that today.

Reviving U.S. support of science and technology is one of the best ways we can generate economic growth, according to Johnson and his MIT economist colleague Jonathan Gruber, who is the Ford Professor of Economics in MIT’s Department of Economics. And now Johnson and Gruber make that case in a new book, “Jump-Starting America: How Breakthrough Science Can Revive Economic Growth and the American Dream,” published this month by PublicAffairs press.

In it, the two scholars contend that pumping up public investment in science would create not only overall growth but also better jobs throughout the economy, in an era when stagnating incomes have caused strain for a large swath of Americans.

“Good jobs are for MIT graduates, but they’re also for people who don’t finish college. They’re for people who drop out of high school,” says Johnson. “There’s a tremendous amount of anxiety across the country.”

Indeed, spurring growth across the country is a key theme of “Jump-Starting America.” Technology-based growth in the U.S. has been focused in a few “superstar” cities, where high-end tech jobs have been accompanied by increased congestion and sky-high housing prices, forcing out the less well-off.

“The prosperity has been concentrated in some places where it’s become incredibly expensive to live and work,” Johnson says. That includes Silicon Valley, San Francisco, New York, Los Angeles, Seattle, the Washington area, and the Boston metro area.

And yet, Johnson and Gruber believe, the U.S. has scores of cities where the presence of universities combined with industrial know-how could produce more technology-based growth. Some already have: As the authors discuss in the book, Orlando, Florida, is a center for high-tech computer modeling and simulation, thanks to the convergence of federal investment, the growth of the University of Central Florida, and local backing of an adjacent research park that supports dozens of thriving enterprises.

The Orlando case is “a modern version of what once made America the most prosperous nation on Earth,” the authors write, and they believe it can be replicated widely.

“Let’s spread it around the country, to take advantage of where the talent is in the U.S., because there’s a lot of talent away from the coastal cities,” Johnson says.

“Jump-Starting America” even contains a list of 102 metropolitan areas the authors think are ripe for investment and growth, thanks to well-educated work forces and affordability, among other factors. At the top of the list are Pittsburgh, Rochester, and three cities in Ohio: Cincinnati, Columbus, and Cleveland.

The authors’ list does not include any California cities — where affordability is generally a problem — but they view the ranking as a conversation-starter, not the last word on the subject. The book’s website has an interactive feature where readers can tweak the criteria used to rank cities, and see the results.

“We’d like people to challenge us and say, maybe we should think of the criteria differently,” Johnson says. “Everyone should be thinking about what have we got in our region, what do we need to get, and what kind of investment would make the difference here.”

A dividend on your investment

“Jump-Starting America” has received praise from scholars and policy experts. Susan Athey, an economist at Stanford University, calls the book “brilliant” and says it “brings together economic history, urban economics, and the design of incentives to build an ambitious proposal” for growth. Jean Tirole, of the Toulouse School of Economics, says the book gives a boost to industrial policy, by showing “how the government can promote innovation while avoiding the classic pitfalls” of such interventions.

For their part, Johnson and Gruber readily acknowledge that public investment in R&D is just one component of long-term growth. Continued private-sector investment, they note, is vital as well. Still, the book does devote a chapter to the limits of private investment, including the short-term focus on returns that has led many firms to scale back their own R&D operations.

“We’re very pro-private sector,” Johnson says. “I’m a professor of entrepreneurship at Sloan, and I work a lot with entrepreneurs around the world and venture capitalists. They will tell you, quite frankly … their incentives are to make money relatively quickly, given their time horizons and what their investors want. As a result they are drawn to a few sectors, including information technology, and within that more software than hardware these days.”

As a sweetener for any program of public science investment, the authors also suggest that people should receive a kind of annual innovation dividend — a return on their tax dollars. In effect, this would be a scaled-up version of the dividend that, for instance, Alaskans receive on that state’s energy revenues.

That would be a departure from current U.S. policy, but ultimately, Johnson and Gruber say, a departure is what we need.

“We don’t find the existing policies from anyone compelling,” Johnson says. “So we wanted to put some ideas out there and really start a debate about those alternatives, including a return to a bigger investment in science and technology.”

Prof. Jonathan Gruber speaks with New York Times reporter David Leonhardt about the importance of the U.S. Senate passing a new bill that will increase funding for research and development, and establish a program aimed at making American innovation more geographically diverse. “We are too big a nation to have all of our innovation concentrated on the coasts,” Gruber said.

Writing for The Washington Post, Profs. Jonathan Gruber and Simon Johnson argue that to ease income inequality, the federal government must increase federal support for research and development in areas of the country that have underutilized technical talent. “To boost economic growth, we should strengthen scientific fields where breakthroughs are imminent and where any other country — China in particular — threatens to forge ahead,” they write.

Bloomberg columnist Noah Smith highlights Prof. Jonathan Gruber and Simon Johnson’s new book that advocates “for a bold program to boost federal spending on science and technology, focusing on regions where growth is lagging” in an effort to help revive economic growth in the U.S.

Writing for The Wall Street Journal, Edward Glaeser spotlights a new book from Profs. Johnathan Gruber and Simon Johnson titled, “Jump-Starting America.” Glaeser writes that Gruber and Johnson have “produced a superbly argued case for public and private investment in education and research.”

Writing for Bloomberg, Profs. Jonathan Gruber and Simon Johnson argue that federal investment in scientific research can help address income inequality. “America desperately needs more hubs of growth,” they write. “It’s a problem that the government can and should address, by identifying and investing in the technologies of the future – and ensuring that the American people as a whole share in the gains.”

In an article for The Boston Globe, Profs. Jonathan Gruber and Simon Johnson underscore how federal investment in scientific research could be used to help ease income inequality in America. “Scaled-up and deployed strategically across most states, we estimate that an investment of $100 billion per year in public research and development could help create 4 million good new jobs,” they write.

Profs. Jonathan Gruber and Simon Johnson speak with MSNBC’s Stephanie Ruhle about their book, which argues that government investment in scientific research can help tackle income inequality. Gruber explains that inequality in America is place-based, noting that “we need a solution that is going to help the rest of the country, not just super-star cities, and we think place-based federal R&D can do that.”

Profs. Jonathan Gruber and Simon Johnson discuss their new book, which argues that investment in scientific research is key to jump-starting the American economy, on Boston Public Radio. “We invest in science, turn that science into jobs,” says Johnson, “and spread that around the country. The coastal superstar cities have become extremely expensive, but there’s a tremendous amount of talent spread across the U.S.”