Facebook is free, but should it count toward GDP anyway? 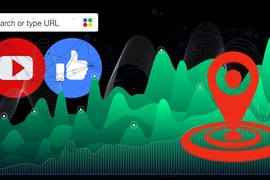 ↓ Download Image
Caption: A new study by MIT researchers puts a dollar value on all those free digital goods people use, and builds the case that online activity can and should become part of GDP some day.
Credits: Image: Christine Daniloff, MIT

Caption:
A new study by MIT researchers puts a dollar value on all those free digital goods people use, and builds the case that online activity can and should become part of GDP some day.
Credits:
Image: Christine Daniloff, MIT

For several decades, gross domestic product (GDP), a sum of the value of purchased goods, has been a ubiquitous yardstick of economic activity. More recently, some observers have suggested that GDP falls short because it doesn’t include the value of free online goods such as social media, search engines, maps, videos, and more.

A new study by MIT researchers puts a dollar value on all those free digital goods people use, and builds the case that online activity can and should become part of GDP some day.

For instance, Facebook is worth about $40 to $50 per month for U.S. consumers, according to a series of surveys the researchers conducted. In Europe, digital maps on phones are valued at 59 euros (currently about $67) per month. And the free messaging tool WhatsApp, used most widely outside the U.S., is worth a whopping 536 euros ($611) per month, the survey indicates.

“The magnitude of the numbers was really striking,” says Avinash Collis, a doctoral candidate in information technologies at the MIT Sloan School of Management, who helped develop the new study.

Or, as the scholars write in a new paper summarizing the results, “digital goods have created large gains in well-being that are not reflected in conventional measures of GDP and productivity.”

The paper, “Using massive online choice experiments to measure changes in well-being,” appears today in Proceedings of the National Academy of Sciences. In addition to Collis, the authors are Erik Brynjolfsson, the Schussel Family Professor of Management at MIT Sloan, and Felix Eggers, an assistant professor of economics at the University of Gronigen in the Netherlands.

Ask the people what they want

To conduct the study, the researchers used three large-scale online surveys in which consumers were asked to put a price tag on the free online services they consume. In many cases, respondents were asked whether they would prefer to keep using a free online good, or to name a price that would compensate for losing access to that product. All told, the surveys drew about 65,000 responses.

“The best way to value these digital goods is to go to people directly and ask them,” Collis says.

The study produced a number of distinctive findings regarding online services and specific companies. For instance, consumers placed an average annual value of $1,173 on online video streaming services such as YouTube and Netflix. To be sure, these video platforms, among others, do charge fees to some consumers — although those are typically $10 to $20 per month.

Either way — free or with modest charges — the surveys reveal that online video use generates a significant amount of “consumer surplus,” that is, the value for consumers beyond the prices they pay. In these cases, online video providers “create a lot more value then they capture,” Collis says.

The study also revealed the huge value that consumers place on certain categories of online goods. For instance, people valued search engines at an average of $17,530 per year, and email at $8,414. Collis suggests those numbers may appear so high because many people use search engines and email both at work and in leisure time, and use both factors to assess the overall value.

Mend it, don’t end it

The current study is the latest serious effort to reassess the common use of GDP. Critics have long suggested we rely too heavily on GDP as an indicator of overall well-being, since there is more to life than economic production.

In a separate but related critique, some observers — and many Silicon Valley technologists — have been contending in recent years that free online products were neglected by GDP. Those free goods can also be thought to add to our overall “well-being,” in theory.

Certainly there are good reasons to think a refinement of GDP along the study’s lines could be an improvement. Even as the use of computing technology has grown massively, the information sector has remained between 4 percent and 5 percent of U.S. GDP from the early 1980s until 2016.

For their part, the authors regard the current paper as just one part of a bigger research program concerning GDP. As part of their ongoing work, they are attempting to arrive at a large-scale number summarizing the value of products currently overlooked by standard GDP measures, and produce an alternate version of GDP. That new figure, Collis says, could usefully supplement our measuring tools for national economies.

“GDP is a great measure of production,” Collis says. “We should not replace it.” However he adds, “In parallel, we should also be measuring economic well-being [in ways that] account for new and free goods.”

Bloomberg reporter Christopher Condon notes that a paper by MIT researchers “may help economists get a better measure of the extent to which new, free technologies are reshaping the economy and our lives.”

In an article for The Wall Street Journal, visiting lecturer Irving Wladawsky-Berger highlights how MIT researchers have proposed a new method for measuring the value of digital goods to consumers. Using this new metric, researchers found that “the digital economy is contributing more consumer value than we’ve realized,” Wladawsky-Berger writes.

Prof. Erik Brynjolfsson speaks with Sabri Ben-Achour of Marketplace about his work quantifying the economic benefits of goods and services that GDP does not measure. “We haven’t been measuring the value of the environment or digital goods,” says Brynjolfsson. “That means policy makers, when they are trying to see where is value coming and how is the economy growing, they have been missing that understanding.”

Wall Street Journal reporter Mike Bird writes that MIT researchers have proposed a new metric for GDP that would incorporate free digital goods and services. Bird explains that the researchers found that Facebook “would have boosted U.S. economic growth by between 0.05 and 0.11 percentage points a year” under the new metric.

Quartz reporter Eshe Nelson writes that MIT researchers have proposed redesigning GDP to incorporate free digital goods and services. Prof. Erik Brynjolfsson explains that updating GDP provides a “realistic idea of what creates value in society and what doesn’t. A lot of digital goods we’ll find are creating a ton of value.”

Axios reporter Kaveh Waddell writes that a group of economists led by Prof. Erik Brynjolfsson has proposed creating a new metric to measure GDP that accounts for the value of free digital goods and new technologies. The researchers estimate that “hidden benefits from Facebook alone have added 0.05–0.11 percentage points to GDP every year since its 2004 launch,” Waddell explains.

Summit discusses impact of machines on jobs, productivity, and the global economy

Q&A: Running a company in an era of “crazy technological progress”