Caption:
An MIT-invented model efficiently and simultaneously optimizes control and design of soft robots for target tasks, which has traditionally been a monumental undertaking in computation. The model, for instance, was significantly faster and more accurate than state-of-the-art methods at simulating how quadrupedal robots (pictured) should move to reach target destinations.
Credits:
Image courtesy of the researchers

MIT researchers have invented a way to efficiently optimize the control and design of soft robots for target tasks, which has traditionally been a monumental undertaking in computation.

Soft robots have springy, flexible, stretchy bodies that can essentially move an infinite number of ways at any given moment. Computationally, this represents a highly complex “state representation,” which describes how each part of the robot is moving. State representations for soft robots can have potentially millions of dimensions, making it difficult to calculate the optimal way to make a robot complete complex tasks.

At the Conference on Neural Information Processing Systems next month, the MIT researchers will present a model that learns a compact, or “low-dimensional,” yet detailed state representation, based on the underlying physics of the robot and its environment, among other factors. This helps the model iteratively co-optimize movement control and material design parameters catered to specific tasks.

“Soft robots are infinite-dimensional creatures that bend in a billion different ways at any given moment,” says first author Andrew Spielberg, a graduate student in the Computer Science and Artificial Intelligence Laboratory (CSAIL). “But, in truth, there are natural ways soft objects are likely to bend. We find the natural states of soft robots can be described very compactly in a low-dimensional description. We optimize control and design of soft robots by learning a good description of the likely states.”

In simulations, the model enabled 2D and 3D soft robots to complete tasks — such as moving certain distances or reaching a target spot —more quickly and accurately than current state-of-the-art methods. The researchers next plan to implement the model in real soft robots.

Joining Spielberg on the paper are CSAIL graduate students Allan Zhao, Tao Du, and Yuanming Hu; Daniela Rus, director of CSAIL and the Andrew and Erna Viterbi Professor of Electrical Engineering and Computer Science; and Wojciech Matusik, an MIT associate professor in electrical engineering and computer science and head of the Computational Fabrication Group. 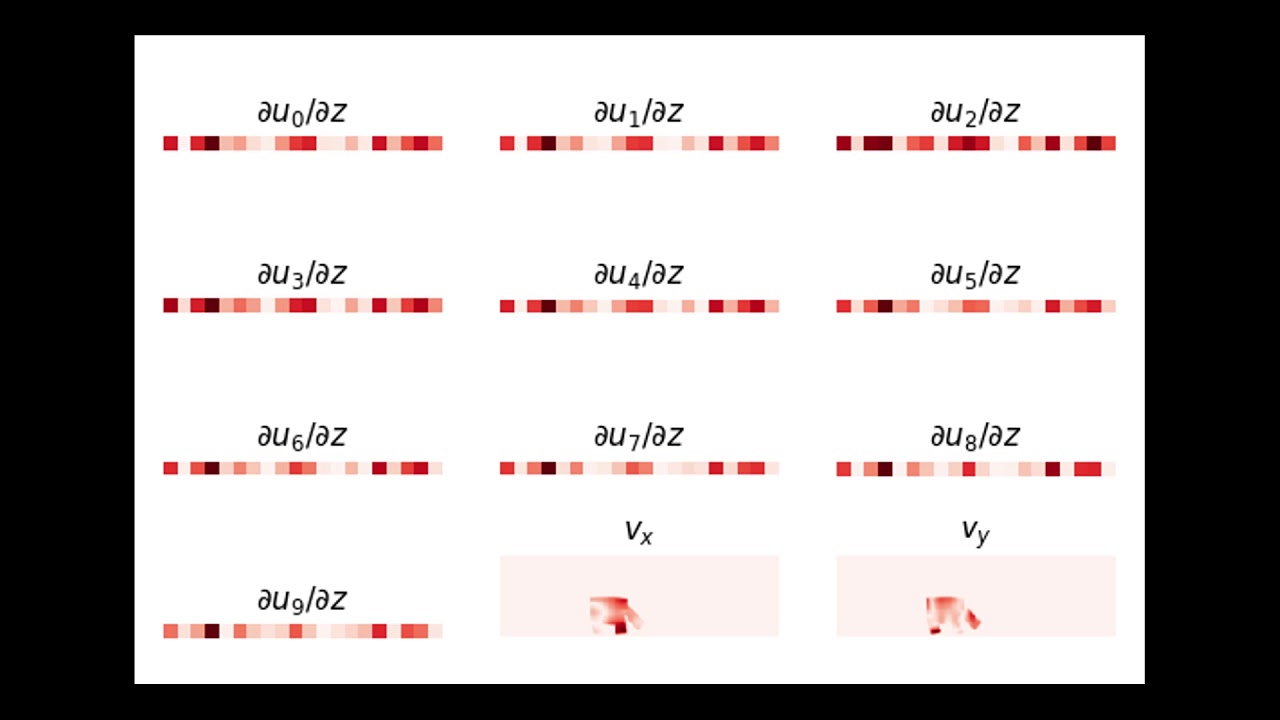 Soft robotics is a relatively new field of research, but it holds promise for advanced robotics. For instance, flexible bodies could offer safer interaction with humans, better object manipulation, and more maneuverability, among other benefits.

Control of robots in simulations relies on an “observer,” a program that computes variables that see how the soft robot is moving to complete a task. In previous work, the researchers decomposed the soft robot into hand-designed clusters of simulated particles. Particles contain important information that help narrow down the robot’s possible movements. If a robot attempts to bend a certain way, for instance, actuators may resist that movement enough that it can be ignored. But, for such complex robots, manually choosing which clusters to track during simulations can be tricky.

Building off that work, the researchers designed a “learning-in-the-loop optimization” method, where all optimized parameters are learned during a single feedback loop over many simulations. And, at the same time as learning optimization — or “in the loop” — the method also learns the state representation.

The model employs a technique called a material point method (MPM), which simulates the behavior of particles of continuum materials, such as foams and liquids, surrounded by a background grid. In doing so, it captures the particles of the robot and its observable environment into pixels or 3D pixels, known as voxels, without the need of any additional computation.

In a learning phase, this raw particle grid information is fed into a machine-learning component that learns to input an image, compress it to a low-dimensional representation, and decompress the representation back into the input image. If this “autoencoder” retains enough detail while compressing the input image, it can accurately recreate the input image from the compression.

Simultaneously, the controller uses that information to adjust the optimal stiffness for each particle to achieve its desired movement. In the future, that material information can be useful for 3D-printing soft robots, where each particle spot may be printed with slightly different stiffness. “This allows for creating robot designs catered to the robot motions that will be relevant to specific tasks,” Spielberg says. “By learning these parameters together, you keep everything as synchronized as much as possible to make that design process easier.”

All optimization information is, in turn, fed back into the start of the loop to train the autoencoder. Over many simulations, the controller learns the optimal movement and material design, while the autoencoder learns the increasingly more detailed state representation. “The key is we want that low-dimensional state to be very descriptive,” Spielberg says.

After the robot gets to its simulated final state over a set period of time — say, as close as possible to the target destination — it updates a “loss function.” That’s a critical component of machine learning, which tries to minimize some error. In this case, it minimizes, say, how far away the robot stopped from the target. That loss function flows back to the controller, which uses the error signal to tune all the optimized parameters to best complete the task.

If the researchers tried to directly feed all the raw particles of the simulation into the controller, without the compression step, “running and optimization time would explode,” Spielberg says. Using the compressed representation, the researchers were able to decrease the running time for each optimization iteration from several minutes down to about 10 seconds.

"Our goal is to enable quantum leaps in the way engineers go from specification to design, prototyping, and programming of soft robots. In this paper, we explore the potential of co-optimizing the body and control system of a soft robot can lead the rapid creation of soft bodied robots customized to the tasks they have to do," Rus says.

Deploying the model into real soft robots means tackling issues with real-world noise and uncertainty that may decrease the model’s efficiency and accuracy. But, in the future, the researchers hope to design a full pipeline, from simulation to fabrication, for soft robots.

BBC Click reporter Paul Carter spotlights how MIT researchers have developed a new simulation model that can be used to optimize the development of soft robots. Clark explains that the model “understands how springy, stretchy forms can move in an infinite number of ways.”

MIT researchers have developed a new way to optimize how soft robots perform certain tasks. It "shrinks drastically the amount of computational overhead required to get good movement results out of soft robots,” writes Darrell Etherington for TechCrunch, “which is a key ingredient in helping make them partial to actually use in real-life applications.”

Flexible yet sturdy robot is designed to “grow” like a plant

Soft robotic fish swims alongside real ones in coral reefs