With “In Event of Moon Disaster,” the MIT Center for Advanced Virtuality aims to educate the public on deepfakes with an alternative history of the moon landing.
Watch Video
Suzanne Day | MIT Open Learning
Publication Date:
Press Inquiries

Caption:
Installed in a 1960s-era living room, "In Event of Moon Disaster" reimagines the story of the first moon landing as if the Apollo 11 astronauts had not been able to return to Earth. It was created to highlight the concern about computer-based misinformation, or "deepfakes."
Credits:
Photo: Francesca Panetta

Caption:
"In Event of Moon Disaster" premiered at the International Documentary Festival Amsterdam on Nov. 22.

Videos doctored by artificial intelligence, culturally known as “deepfakes,” are being created and shared by the public at an alarming rate. Using advanced computer graphics and audio processing to realistically emulate speech and mannerisms, deepfakes have the power to distort reality, erode truth, and spread misinformation. In a troubling example, researchers around the world have sounded the alarm that they carry significant potential to influence American voters in the 2020 elections.

While technology companies race to develop ways to detect and control deepfakes on social media platforms, and lawmakers search for ways to regulate them, a team of artists and computer scientists led by the MIT Center for Advanced Virtuality have designed an art installation to empower and educate the public on how to discern reality from deepfakes on their own.

“Computer-based misinformation is a global challenge,” says Fox Harrell, professor of digital media and of artificial intelligence at MIT and director of the MIT Center for Advanced Virtuality. “We are galvanized to make a broad impact on the literacy of the public, and we are committed to using AI not for misinformation, but for truth. We are pleased to bring onboard people such as our new XR Creative Director Francesca Panetta to help further this mission.”

Panetta is the director of “In Event of Moon Disaster,” along with co-director Halsey Burgund, a fellow in the MIT Open Documentary Lab. She says, “We hope that our work will spark critical awareness among the public. We want them to be alert to what is possible with today’s technology, to explore their own susceptibility, and to be ready to question what they see and hear as we enter a future fraught with challenges over the question of truth.”

With “In Event of Moon Disaster,” which opened Friday at the International Documentary Festival Amsterdam, the team has reimagined the story of the moon landing. Installed in a 1960s-era living room, audiences are invited to sit on vintage furniture surrounded by three screens, including a vintage television set. The screens play an edited array of vintage footage from NASA, taking the audience on a journey from takeoff into space and to the moon. Then, on the center television, Richard Nixon reads a contingency speech written for him by his speech writer, Bill Safire, “in event of moon disaster” which he was to read if the Apollo 11 astronauts had not been able to return to Earth. In this installation, Richard Nixon reads this speech from the Oval Office. 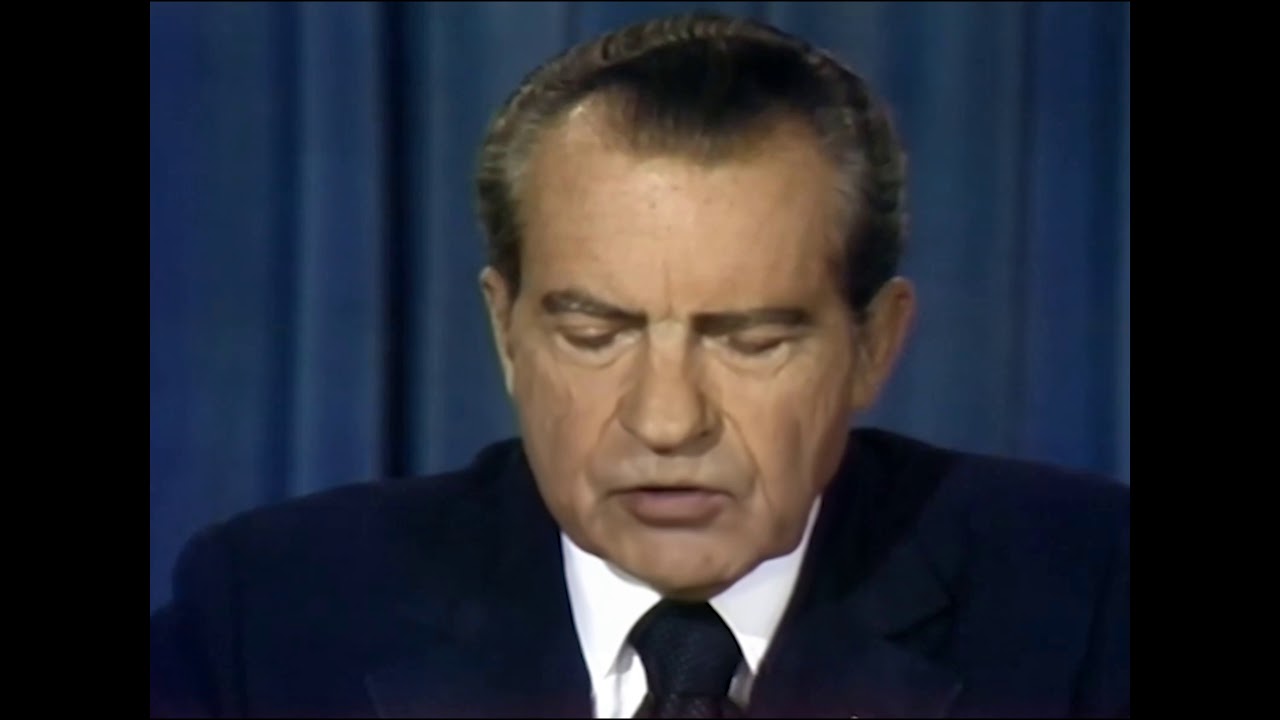 Play video
These video samples were produced as Richard Nixon deepfake speeches for the project "In Event of Moon Disaster." The clips do not reflect actual events, but rather were composed by combining archival video of an actual Nixon speech, new recordings by a Nixon voice actor, and artificial intelligence techniques. The installation version of "In Event of Moon Disaster" premiered on Nov. 22 at the International Film Festival Amsterdam (IDFA) as part of the IDFA DocLab program.

To recreate this moving elegy that never happened, the team used deep learning techniques and the contributions of a voice actor to build the voice of Richard Nixon, producing a synthetic speech working with the Ukranian-based company Respeecher. They also worked with Israeli company Canny AI to use video dialogue replacement techniques to study and replicate the movement of Nixon’s mouth and lips, making it look as though he is reading this very speech from the Oval Office. The resulting video is highly believable, highlighting the possibilities of deepfake technology today.

The researchers chose to create a deepfake of this historical moment for a number of reasons: Space is a widely loved topic, so potentially engaging to a wide audience; the piece is apolitical and less likely to alienate, unlike a lot of misinformation; and, as the 1969 moon landing is an event widely accepted by the general public to have taken place, the deepfake elements will be starkly obvious.

Rounding out the educational experience, “In Event of Moon Disaster” transparently provides information regarding what is possible with today’s technology, and the goal of increasing public awareness and ability to identify misinformation in the form of deepfakes. This will be in the form of newspapers written especially for the exhibit which detail the making of the installation, how to spot a deepfake, and the most current work being done in algorithmic detection. Audience participants will be encouraged to take this away.

"Our goal was to use the most advanced artificial intelligence techniques available today to create the most believable result possible — and then point to it and say, ‘This is fake; here’s how we did it; and here’s why we did it,’” says Burgund.

While the physical installation opens in November 2019 in Amsterdam, the team is building a web-based version that is expected to go live in spring 2020.

Research affiliate Pakinam Amer writes for The Boston Globe about her work with the MIT Center for Advanced Virtuality creating a deepfake video reimagining the Apollo 11 moon landing. “The film is meant to raise awareness of the power of fake videos — and in turn, fake narratives — and the technology currently at the frontiers of synthetic media and at the center of many a conversation about truth and disinformation,” writes Amer.

Research affiliate Pakinam Amer writes for The Boston Globe about the dangers posed by deepfake technology. Amer writes that as deepfakes “become more widespread and more sophisticated, they’re provoking ever-deeper anxiety, raising questions about whether they can be used to influence political elections, or create a climate of fear and distrust.”

WBUR’s Bob Shaffer reports on a deepfake video created by MIT's Center for Advanced Virtuality, which aims to spark awareness of deepfake technologies. The goal is to highlight how deepfakes are an extension “of a continuum of misinformation that we all should be aware of and should have our ears tuned to, if we can," said co-director Halsey Burgund.

Motherboard reporter DJ Pangburn writes that a new immersive interactive art exhibit developed by MIT’s Center for Advanced Virtuality shows a deepfake video of President Richard Nixon delivering an alternate moon landing speech. “Rather than exploring deepfakes within the context of current news, the team was thinking about what it meant to retroactively rewrite a past event,” writes Pangburn.