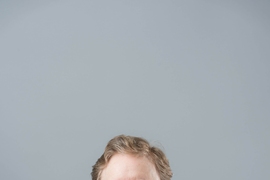 It might not seem consequential now, but in 1863, Scientific American weighed in on a pressing technological issue: the standardization of screw threads in U.S. machine shops. Given standard-size threads — the ridges running around screws and bolts — screws missing from machinery could be replaced with hardware from any producer. But without a standard, fixing industrial equipment would be harder or even impossible.

Moreover, Great Britain had begun standardizing the size of screw threads, so why couldn’t the U.S.? After energetic campaigning by a mechanical engineer named William Sellers, both the U.S. Navy and the Pennsylvania Railroad got on board with the idea, greatly helping standardization take hold.

Why did it matter? The latter half of the 1800s was an unprecedented time of industrial expansion. But the products and tools of the time were not necessarily uniform. Making them compatible served as an accelerant for industrialization. The standardization of screw threads was a signature moment in this process — along with new standards for steam boilers (which had a nasty habit of exploding) and for the steel rails used in train tracks.

“Everything around us is full of standards,” says JoAnne Yates, the Sloan Distinguished Professor of Management at MIT. “None of us could function without standards.”

But how did this all come about? One might expect government treaties to be essential for global standards to exist. But time and again, Yates notes, industrial standards are voluntary and have the same source: engineers. Or, more precisely, nongovernmental standard-setting bodies dominated by engineers, which work to make technology uniform across borders.

“On one end of a continuum is government regulation, and on the other are market forces, and in between is an invisible infrastructure of organizations that helps us arrive at voluntary standards without which we couldn’t operate,” Yates says.

Now Yates is the co-author of a new history that makes the role of engineers in setting standards more visible than ever. The book, “Engineering Rules: Global Standard Setting since 1880,” is being published this week by Johns Hopkins University Press. It is co-authored by Yates, who teaches in the MIT Sloan School of Management, and Craig N. Murphy, who is the Betty Freyhof Johnson ’44 Professor of International Relations at Wellesley College.

As it happens, Murphy is also Yates’ husband — and, for the first time, they have collaborated on a research project.

“He’s a political scientist and I’m a business historian, but we had said throughout our careers, ‘Some day we should write a book together,’” Yates says. When it crossed their radar as a topic, the evolution of standards “immediately appealed to both of us,” she adds. “From Craig’s point of view, he studies global governance, which also includes nongovernmental institutions like this. I saw it as important because of the way firms play a role in it.”

As Yates and Murphy see it, there have been three distinct historical “waves” of technological standardization. The first, the late 19th- and early 20th-century industrial phase, was spurred by the professionalization of engineering itself. Those engineers were trying to impose order on a world far less organized than ours: Although the U.S. Constitution gives Congress the power to set standards, a U.S. National Bureau of Standards was not created until 1901, when there were still 25 different basic units of length — such as “rods” — being used in the country.

Much of this industrial standardization occured country by country. But by the early 20th century, engineers ramped up their efforts to make standards international — and some, like the British engineer Charles le Maistre, a key figure in the book, were very aspirational about global standards.

“Technology evangelists, like le Maistre, spread the word about the importance of standardizing and how technical standards should transcend politics and transcend national boundaries,” Yates says, adding that many had a “social movement-like fervor, feeling that they were contributing to the common good. They even thought it would create world peace.”

It didn’t. Still, the momentum for standards created by Le Maistre carried into the post-World War II era, the second wave detailed in the book. This new phase, Yates notes, is exemplified by the creation of the standardized shipping container, which made world-wide commerce vastly easier in terms of logistics and efficiency.

“This second wave was all about integrating the global market,” Yates says.

The third and most recent wave of standardization, as Yates and Murphy see it, is centered on information technology — where engineers have once again toiled, often with a sense of greater purpose, to develop global standards.

To some degree this is an MIT story; Tim Berners-Lee, inventor of the World Wide Web, moved to MIT to establish a global standards consortium for the web, W3C, which was founded in 1994, with the Institute’s backing. More broadly, Yates and Murphy note, the era is marked by efforts to speed up the process of standard-setting, “to respond to a more rapid pace of technological change” in the world.

Intriguingly, as Yates and Murphy document, many efforts to standardize technologies required firms and business leaders to put aside their short-term interests for a longer-term good — whether for a business, an industry, or society generally.

Other scholars regard the book as a significant contribution to the history of business and globalization. Yates and Murphy “demonstrate the crucial impact of private and informal standard setting on our daily lives,” according to Thomas G. Weiss, a professor of international relations and global governance at the Graduate Center of the City University of New York. Weiss calls the book “essential reading for anyone wishing to understand the major changes in the global economy.”

For her part, Yates says she hopes readers will, among other things, reflect on the idealism and energy of the engineers who regarded international standards as a higher cause.

“It is a story about engineers thinking they could contribute something good for the world, and then putting the necessary organizations into place.” Yates notes. “Standardization didn’t create world peace, but it has been good for the world.”