Entrepreneur Vinod Khosla: “Focus on the consequences of success” 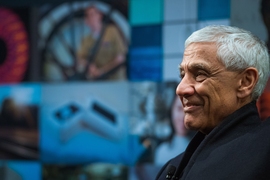 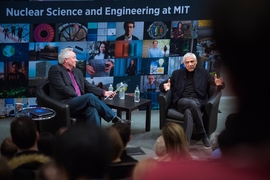 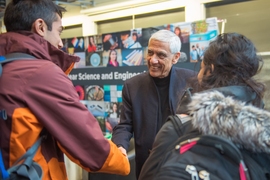 Vinod Khosla grew up in rural India in an environment where he says there was no science, and no business. Science became his religion, he told an MIT audience last week, and it led him on a path that ultimately included becoming the co-founder of Sun Microsystems and, later, chairman of Khosla Ventures. Last year, he became one of the initial investors in a company established to develop MIT’s pioneering approach to producing practical fusion power.

On March 6, Khosla described his thoughts on entrepreneurship, personal development, and how to tackle the world’s most challenging problems, during a freewheeling “fireside chat” with Dennis Whyte, who is the Hitachi America Professor of Engineering, head of the Department of Nuclear Science and Engineering, and director of the Plasma Science and Fusion Center.

The discussion was the 2019 David J. Rose Lecture, an event dedicated to the memory of a longtime professor of nuclear engineering and pioneer of fusion research. Rose’s widow, the Rev. Renata Rose, was in attendance.

Khosla stressed the importance of taking chances, trying new things, and being unafraid of failure. As an example, he pointed out that he founded two different companies at about the same time, in 1982. One of them was Sun, the powerhouse company that catapulted him to wealth and success. But as for the one that failed, nobody even remembers it, he said. “Failure doesn’t matter,” he said. “My willingness to fail gives me the ability to succeed.”

That’s the attitude that propels his current investments, he said. When it comes to tackling the really big problems facing the world — providing enough food, water, energy, and meaningful work for a growing population — “some problems are too important not to work on,” he said. “Let’s not focus on the probability of success, let’s focus on the consequences of success.”

He pointed out that today, roughly 700 million people live in relative wealth. Those people, around the world, are “rich in energy, rich in housing, rich in medical care, rich in education.” But to try to apply those living standards in an incremental way to all of the world’s 7 billion people — 10 times as many — “that can’t be done. A linear progression is just not going to work.” Instead, drastic changes and advances are needed, he said.

While most investors focus on short-term rewards, all of the truly important and significant breakthroughs, like those that are needed today, have come from pioneers who took big chances and strayed far from the established and safe ways of doing things, Khosla continued. “Most large innovations that have had a large effect on society have generally not come from people who are experts” in the field involved, he said.

As an example, he cited a study in 2010 that comprised hundreds of pages, including interviews with experts at leading car companies, that projected how many electric vehicles might be sold over the coming 25 years. “Tesla exceeded their projection in five years,” he said. “Elon Musk tried to do something crazy, with no experience at all in that business,” and in the process “he beat [the projection] by 20 years!”

In general, to achieve the big leaps in progress, “You need a multiplication of resources,” he said. “The only thing that can provide that multiplication is science and technology. How do you make a ton of steel go 100 times farther? A nonlinear approach is needed.”

That kind of long-term thinking, openness to new ideas, acceptance of risk, and desire to tackle the biggest and thorniest challenges are behind Khosla’s decision to invest in Commonwealth Fusion Systems, the private company established last year to develop and commercialize some major advances in fusion power plant technology that MIT researchers have developed. After thoroughly studying the plans, Khosla became an early supporter, convinced of its potential to make dramatic changes in the world’s energy supplies and in the battle to limit climate change.

Another venture he is supporting involves exploring ways to change the chemistry of cement in a way that would incorporate carbon dioxide into the material’s structure. The result would reduce greenhouse gas emissions and, by adding a ton of carbon dioxide to a ton of cement, “you essentially double the amount of cement,” he said. 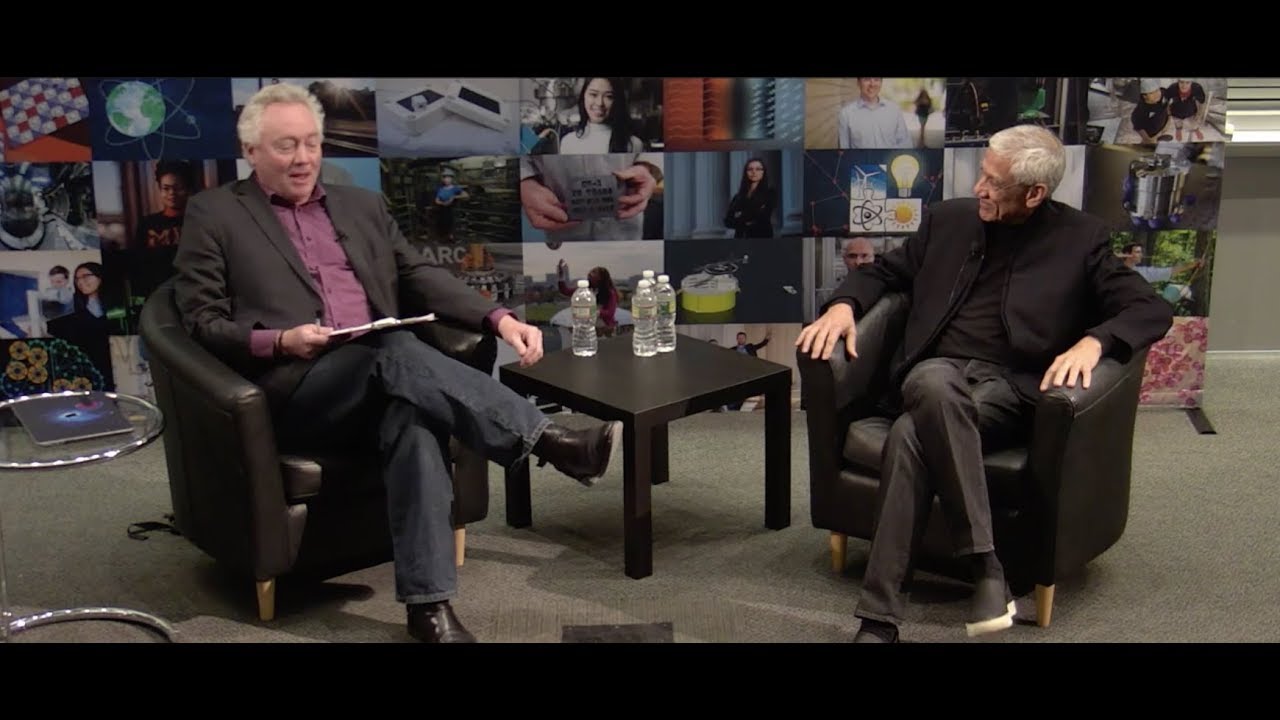 Khosla at one point left his various businesses behind to spend time at the Santa Fe Institute in New Mexico, studying subjects completely outside his experience. Along the way, after studying how complex climate models were developed, he became convinced that a major transformation in medicine would be coming soon — a kind of AI and robotics-based medicine that would, for example, be better at keeping up with the ever-growing medical literature.

Speaking of that break from his normal work life, he said, “I highly encourage everybody to change fields often enough to enhance your thinking. Diversity of experiences helps in a real way in influencing conceptual models.”