Tackling the ultimate problem set: The first year at MIT

How would you change the first-year experience? Students have proposed inventive ways to improve the first year. And MIT is listening.
Watch Video
Elizabeth Durant | Office of the Vice Chancellor
Publication Date:
Press Inquiries

Caption:
Senior Andrea Meister's presents her team's findings at the final presentations of the Desiging the First Year at MIT class.

Senior Andrea Meister began her team’s final presentation for the Designing the First Year at MIT class (FYE) on May 14 with an intriguing hook: “I want to start with a question to all of you. What percentage of MIT seniors do you think would declare a different major if they could go back to their freshman year?”

“You’re actually right on the nose,” Meister responded. “Forty-one percent of MIT seniors we surveyed would choose a different major if they could go back to their freshman year. Wow! Let’s think about that.”

Over the course of the semester, Meister’s team thought long and hard about the issue of selecting a major, diving through data, surveys, and literature. In fact, the 2018 senior survey echoes their initial findings; nearly 20 percent of respondents said that, if they could start over again, they would have considered a different major. 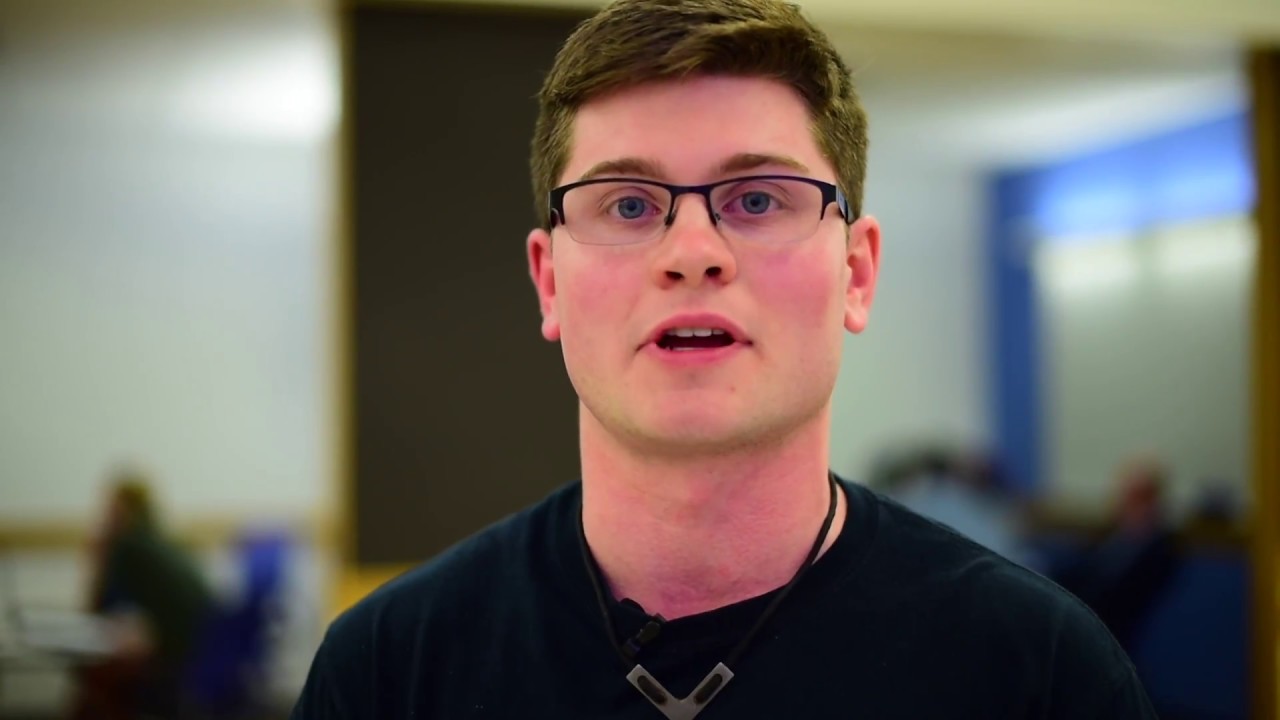 Play video
How would you change the first year experience? A new course offered in spring 2018, Designing the First Year at MIT, tasked students with the ultimate problem set: preserving the magic of an MIT education, but making it better. Using a hands-on, design approach, students conceptualized, framed, researched, and forged solutions to the problem. Each team tackled different aspects of the first year, such as the GIRs, advising, and major exploration, ultimately sharing their findings with senior leadership, faculty, and the MIT Corporation.

The team identified two barriers students face when deciding on a major. Specifically, many first-year students load up on General Institute Requirements (GIRs), giving them less time to explore other academic offerings. They may also rule out majors because they are misinformed about them, and about potential career paths they lead to.

To address these issues, Meister’s group proposed a half-semester, 3-unit seminar for each major, in which students can explore the field and career options. Taught by faculty and supplemented by alumni speakers, the seminars would cover high-impact content, ensure that students get accurate information, and minimize the time commitment for all involved.

The team’s rapid-fire, six-minute talk was one of 11 final presentations, all aimed at solving the ultimate problem set: preserving the magic of an MIT education, but making it better.

In addition to the issue of exploring and choosing a major, teams focused on pain points they identified in academics, student activities, and advising. They arrived at their proposals using design principles they learned throughout the semester. Findings were informed by assessments of community stakeholders’ needs, benchmarking, fleshing out concepts, gauging feedback, and iterating. Instruction in curriculum design and pedagogy, courtesy of experts in the Teaching and Learning Lab (T+LL), helped students take a holistic view of the first year as a complex system with many interconnected parts.

Rethinking the GIRs was the focus of several groups. “We evaluated many stakeholders’ needs and we found at the core of it a key tension between MIT’s well-known rigor and a commitment to a robust scientific core with student desires to have flexibility,” explains junior Hailey Nichols. Her team recommended changing the grading system of all science GIRs to pass/no record, to give first years more flexibility and opportunities to pursue their academic interests. Using a restaurant metaphor, the team also proposed creating exploratory classes with alternative formats, such as sampler classes (3-6 units, focused on majors), fusion classes (18-24 units, a blend of STEM and humanities classes), and takeout classes (12-unit, online versions of science GIRs).

Another group tackled ways to tune up the communications requirement and found communications intensive humanities (CI-H) classes, in particular, ripe for innovation. Similar to the fusion class notion, the team proposed “big ideas” classes with a writing component, focused on real-world topics and co-taught by one instructor from the humanities and one from science or engineering. Combinations might include globalization and blockchain, or poverty and artificial intelligence.

“Redesign doesn’t need to be radical to be incredibly impactful,” says Vice Chancellor Ian A. Waitz. The idea for the FYE class surfaced a year ago in conversations between him and the Undergraduate Association. “From the outset students, alumni, and faculty were eager to be ambitious when it came to improving the first year, but also insistent that the magic of MIT, what is working well, not be changed.”

Two teams proposed improvements in how first year students find extracurricular activities that resonate with them. “Picking activities and classes at MIT is one of the least emphasized but most important things that happen in the first year,” notes senior Erick Friis. His group developed a prototype app called MIT Explorer that functions much like Amazon does — except the currency is time, not dollars. Classes, clubs, sports, and other activities are calibrated with an estimated time commitment per week. By adding them to their “cart,” students can get a snapshot of what their semester schedule would look like, which could help them avoid overextending themselves.

Another team outlined practical changes that would make Activities Midway less daunting. Held during MIT Orientation, the two-hour fair is an opportunity for first years to meet representatives from over 250 clubs. Moving the event to a larger space, grouping the clubs and activities more logically, and holding the event on Registration Day would make a significant difference, they said.

“Students [reported] feeling this huge pressure to find the community where they could belong” almost immediately when they set foot on campus, says junior Kelsey Becker. “However, there are four years at MIT. We thought, ‘Why not create a new club exploration period for the whole month of September to relieve some of this stress and to allow student groups to better advertise what they have to offer?’”

To address weaknesses in first year advising, senior Alexis Oriole’s team recommended creating more incentives for faculty, implementing an advisor training program, and prototyping an advisor/advisee survey to replace the hand-matching system currently in place. They also proposed a universal website for advisors and advisees with centralized information and useful tools for frequent check-ins, scheduling, and to access grades, the course catalog, and other academic resources. The site would “connect advisors and advisees and really facilitate those meaningful interactions that students and advisees are both looking for,” says Oriole.

Engaging the cohort of more than 50 students to find innovative ways to improve the first year has paid off — both as a learning experience and as a way to surface new ideas for the faculty and the administration to consider.

“Implementing recommendations from the class and continuing our community conversation about how to make sure we offer an exceptional first-year experience is among our biggest priorities for the fall,” says Chancellor Cynthia Barnhart, who served as a mentor to the students in the class and, along with Waitz, has made education innovation a key focus for the Office of the Chancellor. “I am very grateful to the students, faculty, and staff who gave their all to pull this class off and, through their hard work, have created significant momentum for positive change.”

“The future is bright. This is really inspiring,” concludes Bryan Moser, one of the FYE lead instructors who is also senior lecturer and academic director of the MIT System Design and Management program.

Some of the students’ ideas are already moving forward: teams have shared their findings at the most recent Faculty Meeting and with the Academic Council, and they will present to the MIT Corporation in June. Several concepts are also being considered for implementation, such as potential changes to the communications requirement and Activities Midway, and creating an MIT Explorer website.