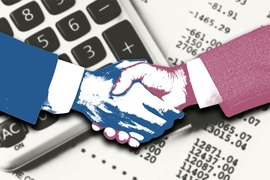 Suppose you were building a cartel — a group of business interests who coordinate to fix high prices that consumers must pay. How would you design it? Received economic wisdom says transparency among cartel members is crucial: If colluding suppliers share information, they can keep prices high and monitor members of the cartel to make sure no one deviates from the cartel’s norms.

A newly published paper co-authored by MIT economist Alexander Wolitzky offers a different idea: Firms do not have to share information extensively in order to collude. Indeed, the paper contends, extensive information-sharing can help firms undercut cartels and gain market share for themselves.

“If I’m thinking about entering your market, which I’m not supposed to do, but if I’m tempted to do it, then I can do it better if I have this information about your market,” Wolitzky says. The corollary, he notes, is that there appear to be cases where “by not sharing information about their pricing behavior, the firms make it easier to sustain collusion.”

The paper is thus a rethinking of an important policy topic: In the U.S., Europe, and across the world, governments are charged with regulating cartels and collusion, in an attempt to ensure that consumers can benefit from market competition.

Given the prevailing notion that data-sharing helps cartels, firms investigated for price-fixing can argue that they must not be illegally colluding if the evidence shows they have not been extensively sharing information with other businesses.

“Because of this conventional wisdom that firms that collude share a lot of information, a firm’s defense is, ‘We weren’t sharing so much information,’” Wolitzky says. And yet, as the new paper suggests, that level of cooperation may not be necessary for collusion to occur.

The current paper adds to a body of academic literature whose best-known component is “A Theory of Oligopoly,” a 1964 paper by economist George Stigler, which describes how the availability of information should help cartels maintain their grip on prices. Some subsequent empirical work also shows that in some conditions, increased transparency helps cartels sustain themselves.

Sugaya and Wolitzky do not deny that a degree of transparency among cartel members helps collusion occur, but they complicate this picture by introducing alternate circumstances, in which less transparency helps cartels thrive and more transparency undercuts them.

“We’re investigating the generality of this [older] result, and whether it tells the whole story,” says Wolitzky.

The paper by the scholars builds a new model of firm behavior oriented around the “home-market principle” of collusion, in which cartels reduce the competitive supply of products in each other’s markets — which may often be segmented by geographic reach. North American and European firms in the same industry, in this scenario, would stay away from each other’s territory, thereby reducing competition.

In the study, the authors contend that there are three effects that increased transparency has on cartels. Transparency within cartels enables firms to keep each other in check, and it helps them coordinate prices — but it also “lets individual firms tailor deviations to current market conditions,” as they write in the paper.

This last point, Sugaya and Wolizky assert, has been seriously underexplored by scholars in the past. In the model they propose, the “deviation gain” — what happens when a firms leaves the cartel — “is strictly larger when all prices and quantities are observable,” that is, when the firm has more information about its erstwhile collaborators.

The proposition that a relative lack of information-sharing coexists with collusion is not just an arbitrary function of the authors’ model, but something supported by empirical evidence as well, as they note in the paper. The European Commission, for instance, has uncovered several cartels that seemingly made a point of limiting transparency: The firms in question largely shared just industry-wide sales data among all members, not extensive firm-level data.

These low-transparency cartels include industries such as plasterboard production, copper plumbing tube manufacturing, and plastics — all of whom structured their collusion operations around intermediaries. Those intermediaries — industry associations, in some cases — handled the sensitive information and only distributed small portions of it to the individual firms.

A more vivid example comes from a graphite manufacturing cartel, as Sugaya and Wolitzky recount. At a meeting of cartel representatives, each member secretly entered their own sales data into a calculator passed around the room, in such a way that the firms could only learn the industry-wide sales volume, not the specific sales data of each firm.

Such examples indicate that “conventional wisdom may not tell the whole story” when it comes to cartels and transparency, Sugaya and Wolitzky write.

To be sure, the new theory developed by the scholars does not propose a uniform relationship between transparency and collusion; it all depends on the circumstances.

“It would be nice to have a very thorough characterization of when more information among cartel members makes colluding easier, and when it makes it harder,” Wolitzky says.

In the new model, Sugaya and Wolitzky do suggest that greater transparency corresponds with collusion specifically in volatile business conditions, which may necessitate more robust long-term projections of sales and demand. By contrast, given less volatile, more consistent consumer demand over time, firms need less transparency to deviate from tacit collusion agreements and undercut their erstwhile cartel partners. As the authors acknowledge, firm behavior within cartels, in a variety of these circumstances, could use further study.

Wolitzky received support for the research from the National Science Foundation.