There's something in the water

Caption:
A farmer transplants rice seedlings in Faridpur, Bangladesh. Faridpur is known to have high levels of arsenic in their groundwater, which gets deposited into rice fields with irrigation.
Credits:
Photo: Britt Huhmann

Groundwater in rural Bangladesh contains arsenic at 10 to 100 times the amount of safe consumption levels, but is consumed as drinking water from wells and has led to cases of heart disease and cancer. Traces of arsenic are also consumed through rice, a staple food of the densely-populated country.

Professor Charles Harvey and graduate student Brittany Huhmann, both from the MIT Department of Civil and Environmental Engineering (CEE), traveled to Bangladesh during the 2015 and 2016 growing seasons to see how contaminated groundwater, deposited through irrigation, impacts rice yields. 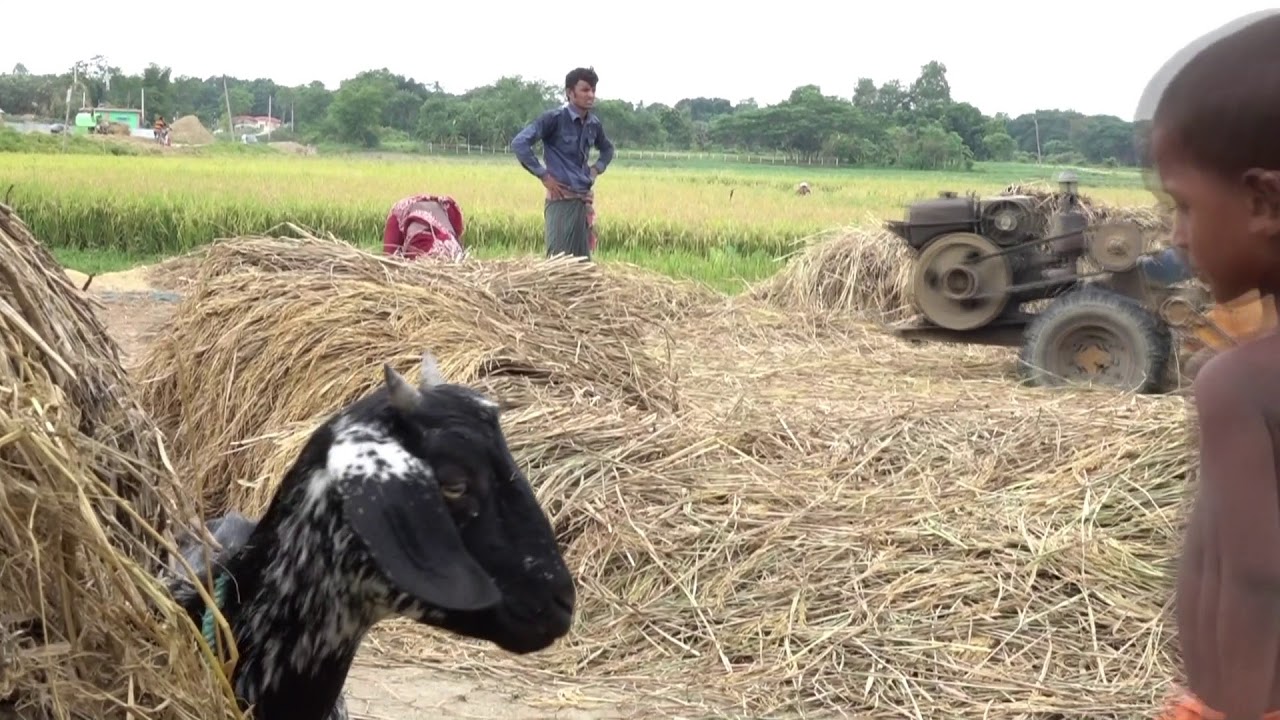 Arsenic is a naturally occurring element that is found across the world, but certain locations have elevated arsenic concentrations in groundwater. Such is the case in Bangladesh. While drinking the tainted water remains a critical issue, the arsenic-laced water also has an impact on crop yields when used for irrigation in agricultural settings. Harvey and Huhmann pursued this study to get a broad understanding of how arsenic impacts rice yields across Bangladesh, and the potential magnitude of this occurrence.

“Most people [in rural Bangladesh] are relying on untreated groundwater for their drinking water. There isn’t a lot of centralized water treatment, especially in rural areas,” says Huhmann, the lead author on a recent paper describing the team's research. “So most of the time in the areas we worked, each family would have their own well that they drink out of, and a lot of those wells have arsenic, unfortunately, and people may or may not know.”

The findings of the study, conducted in collaboration with researchers from the University of Dhaka in Bangladesh, Cornell University, and Columbia University, were recently published in the journal Environmental Science and Technology.

Rice is a major crop in Bangladesh, and it is the primary source of calories in the country of about 160 million people. Independent farmers primarily grow two types of rice, which are harvested on a seasonal cycle. Aman rice is grown during monsoon season, June through mid-November, and uses the natural rainfall to grow in flooded fields. Boro rice, on the other hand, is cultivated during the dry, winter season, and requires irrigation. The water used to irrigate the farmland comes from groundwater through wells, ultimately depositing various levels of arsenic into the soil.

In 2015, Harvey, Huhmann and their collaborators embarked on a two-year study to document the impact of arsenic on crop yields. Unlike previous studies into this issue, the researchers conducted their study in the field rather than in controlled settings, such as greenhouses. They also accounted for a myriad of other factors by researching soil from a number of rice farms to get a more comprehensive understanding of the impacts of arsenic on rice yield across Bangladesh.

"To make real progress on this kind of difficult problem, you really have to work in the region for an extended time,” Harvey says. “Brittany has conducted the kind of study required — careful controlled field experiments covering large areas and multiple years."

To determine the impact of contaminated water on the boro rice crop yield, Harvey, Huhmann, and their collaborators worked with 16 local rice farmers to evaluate their fields. The different locations allowed the researchers to account for a variety of field conditions and arsenic levels. The team selected rice fields studied in the Faridpur district of Bangladesh due to their proximity to wells known to have high arsenic concentrations.

“A lot of the farmers were really interested [in the project]. They hadn’t thought about the fact that arsenic could be affecting their crops,” Huhmann says. “Some of them had heard about arsenic and drinking water and how that’s bad for them, but most of them hadn’t thought about arsenic and irrigation water or what issues that could cause. They were interested to participate because they wanted to know what was going on, and we could give them more information about their crops, and what types of things were affecting their crops.”

In studying contamination in the soil, the research team looked at arsenic concentrations using an X-ray fluorescence spectrometer at each of the field sites. These measurements gave insight into the levels of arsenic build up in each rice field studied, and ensured they could accurately compare measurements between plots of land with higher and lower amounts of arsenic buildup in the soil.

“We wanted to look not just at one field and one farmer, but at many fields and many farmers. We wanted to have this design where we had both the control plots and intervention plots, so we could compare plots that are as similar in as many ways as possible, except for their arsenic content,” Huhmann explains.

The researchers also weighed and recorded rice harvest from the different rice fields and found that the amount that rice production is reduced depends on the amount of arsenic in the soil.

The researchers were also able to determine that between 7.4 percent and 26 percent of the annual boro harvest yield was lost as a result of the arsenic in soil.

“It’s a pretty broad range, but this is the first study that has actually done work at a scale that can allow us to make this type of estimate,” Huhmann says. “Our hope is that future studies can build on this and we can get a better understanding of what types of impacts arsenic is having on rice yield.”

In the meantime, the researchers found that excavating and replacing the top few layers of soil with uncontaminated soil temporarily improves crop yield, a promising indication for potential solutions to the agricultural issue.

“We found that arsenic in irrigation water is causing significant negative effects on rice fields in Bangladesh,” Huhmann says. “This is something that people should be paying attention to and should be thinking about what to do about it.”

This research was funded, in part, by a National Science Foundation Dynamics of Coupled Natural and Human Systems grant and a National Institute of Environmental Health Sciences Superfund Research Program grant.