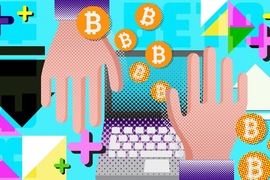 ↓ Download Image
Caption: A study of how MIT students used the cryptocurrency Bitcoin shows that delaying access for tech-savvy early adopters can stifle the spread of new products.

Caption:
A study of how MIT students used the cryptocurrency Bitcoin shows that delaying access for tech-savvy early adopters can stifle the spread of new products.

Giving early adopters the first access to new technologies can help diffuse those technologies among the masses. A notable example is Google’s rollout of Gmail: In 2004, about 1,000 select users were given exclusive access and told to invite others. This campaign was so successful that at one point before the email service went mainstream Gmail invites were selling for more than $150 on eBay.

But what if early adopters are, in contrast, denied access at the initial stage of a rollout? That could greatly stifle broader diffusion, according to a unique new study by MIT researchers that examines adoption rates of the cryptocurrency Bitcoin among MIT students.

In 2014, the MIT Bitcoin Project offered all incoming freshman access to $100 worth of bitcoins. MIT Sloan School of Management professors Christian Catalini and Catherine Tucker saw this as a “once-in-a-lifetime opportunity” to study the role of early adopters in spreading technology in a controlled environment, says Catalini, who is the Fred Kayne Career Development Professor of Entrepreneurship. Tucker is the Sloan Distinguished Professor of Management.

During the rollout, the researchers randomly delayed giving half the students their bitcoin allotment by a couple of weeks. Students who were identified as early adopters of Bitcoin, but whose payment was delayed, cashed out their balance and abandoned the technology at nearly twice the rate of early adopters who received their payment earlier. The early adopters who cashed out also influenced those around them to do the same in high numbers.

Cash-out rates among early adopters were also amplified in dorms, especially smaller dorms where the delayed or non-delayed status of students would be more well-known, indicating that early adopters need to feel like they are part of an exclusive group in order to stick with new technologies.

Published today in Science, the paper is the first to examine what happens when natural early adopters (NEAs) are purposely denied first, exclusive access to new technologies, Catalini says. “When you study new technologies, how fast and in what ways [they] diffuse through society, you never get to see what would have happened if things had unfolded differently,” he says.

Of the 4,494 MIT freshmen offered access to Bitcoin, about 3,100 joined the researchers’ experiment. Those students had five days to sign up on a waiting list, complete a survey, and create a digital wallet.

The researchers first identified which students exhibited natural early adopter (NEA) traits compared to the other students, whom they refer to as natural late adopters (NLAs). They classified as NEAs the first 25 percent of students who signed up to the waiting list, all within the first 24 hours. Surveys showed that those NEAs were also more likely to be top computer programmers, to have built mobile apps, and to use peer-to-peer payment apps, among other identifiers. These characteristics align with popular definitions of early adopters, who generally possess advanced technical skills that help them start using new technologies.

Bitcoins were distributed a few weeks after the signups. But the researchers randomly delayed distribution of the bitcoins to 50 percent of the students, both NEAs and NLAs, by another two weeks. They then tracked all Bitcoin transactions through the blockchain — the digital ledger used by Bitcoin — and through the students’ digital wallets.

Randomly delaying access created two “parallel universes,” Catalini says, in which to study the S-Curve — the measure of the speed of adoption of innovation in societies. “In one universe, we ended up seeding Bitcoin in the optimal way, by giving it first to early adopters and later to everybody else. In the other parallel universe, the opposite was likely to happen,” he says.

Findings were surprising. The two-week cash-out rate of the NEAs who received their bitcoins late rose to 18 percent, well over the non-delayed NEA cash-out rate of 11 percent. “That people, on all accounts, who were supposed to be NEAs of Bitcoin would abandon it was surprising to us,” Catalini says.

Both groups of late adopters, on the other hand, showed cash-out rates of roughly 10 percent, suggesting they were indifferent to the delay.

The cost and value of exclusivity

The researchers then studied the underlying mechanism of high cash-out rates by comparing behaviors of students living off campus to those in dorms, which function as social clusters.

In dorms, where it was likely more noticeable which students had received their bitcoins on time, delayed early adopters were 4.3 times more likely to cash out than non-delayed late adopters. Moreover, in smaller dorms, where students are even more aware of each other, or in dorms where NEAs are rarer, cash-out rates among delayed NEAs rose sharply again over their peers. Off campus, however, there was no measurable difference in cash-out rates among early and late adopters, delayed or not.

“When you take students out of the social environment — where comparisons are made and people are aware of each other receiving versus not receiving Bitcoin — we do not see that [cash-out] activity,” Catalini says.

This points to NEAs finding some value — monetary or socially — in having exclusive access to new technologies, the researchers write: “Our results highlight a novel, understudied mechanism through which NEAs might obstruct further diffusion if they refuse to adopt because their desire to feel unique is challenged or the consumption value they derive from early, exclusive access is reduced.”

But this behavior also has a “spillover” effect, where NLAs were more likely to drop Bitcoin if NEAs did — possibly because late adopters rely on early adopters to learn about new technologies, Catalini says. After 225 days, the researchers found dorms with an above-the-median share of delayed NEAs had 45 percent fewer active Bitcoin users.

“That’s a large difference,” Catalini says. “This behavior by early adopters, where you see them abandon Bitcoin, seems to have repercussions on everyone else.”

Noting the MIT study’s idiosyncratic setting, Catalini says the results offer a couple of key insights for tech firms. Identifying NEAs before going to market may be valuable, instead of relying on people lining up outside of the store. Firms could then fulfill the NEAs’ need to feel exclusive and capitalize on their potential to encourage wider adoption.

“In settings where the decision to adopt is a social decision, where comparisons or conversations are taking place in communities and when there is uncertainty about the value of an innovation, it can be important for firms to take advantage of early adopters, as they do create this positive effect of others,” Catalini says. “But that comes with a cost, which is exclusivity.”

Avi Goldfarb, a professor of marketing at the University of Toronto, says the study’s results are “interesting and surprising” and “the method is novel” in tracking a type of “what-if?” scenario of diffusion. “Diffusion research has suffered because it is difficult to know what would have happened [had] a new product not appeared,” he says. “Unlike many other areas of research where experiments have taken off, research on new product adoption and diffusion has been limited to observational data. So, a key part of the long-term impact of this paper on the field is to show how to embed experimental design into research on diffusion.”

Moreover, Goldfarb adds, “it does all this in the fascinating context of Bitcoin. We still do not know much about how people will use cryptocurrencies such as Bitcoin. This paper helps us understand some of the challenges of launching such a currency, even without a technology-savvy population.”

Tucker points out that the Bitcoin experiment proved to be a boon to the majority of MIT undergraduates. More than 50 percent held on to their bitcoins, possibly hoping for the price to increase further, Tucker says. The $100 in Bitcoin they were given in 2014 is now worth more than $700. Many MIT students have also started experimenting and building novel apps in this space.

The researchers are currently working on another paper based on the study that examines the decision students made in terms of securing the privacy of their online transactions.