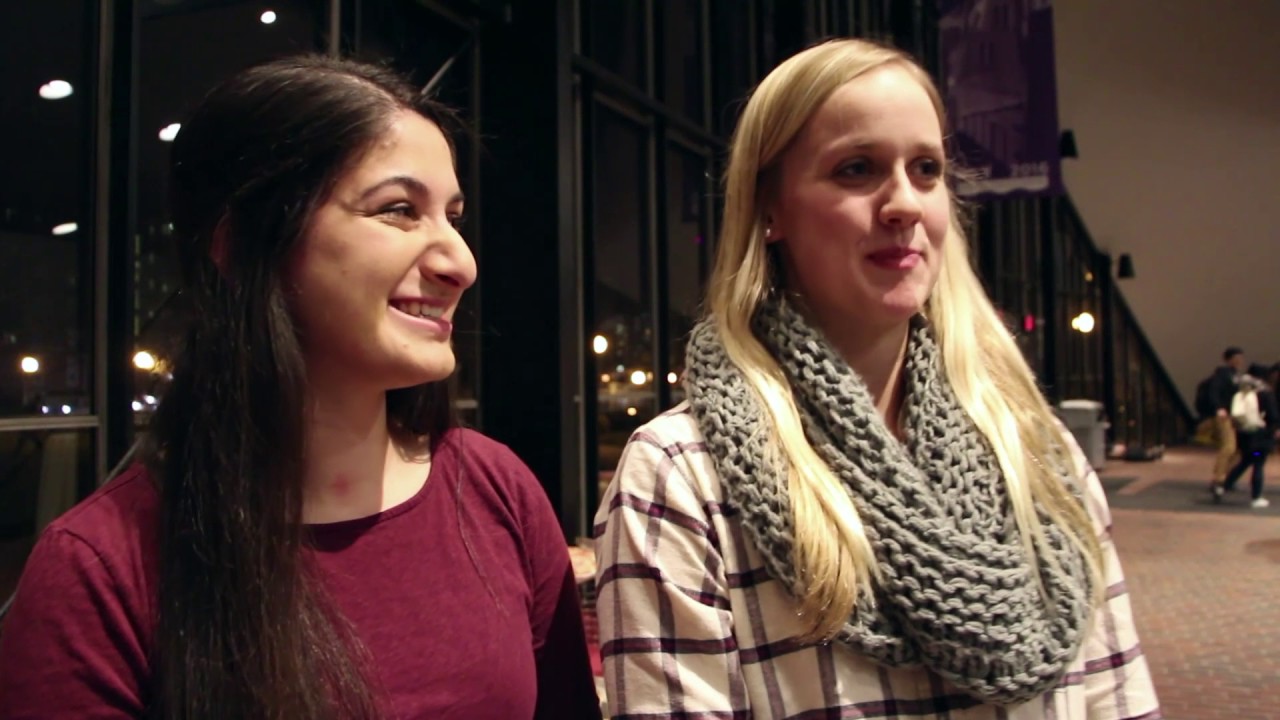 West campus sparkled on the night of Dec. 1 as the third annual Tech Twinkles celebration brought holiday lighting to trees and walking paths outside the Zesiger Center and leading to Baker House.

The initiative began in 2014 when Jane He '15 and current seniors Teresa de Figueiredo and Veronika Jedryka teamed up in an effort to bring more holiday cheer to MIT’s campus. After noticing how dark the path between the Zesiger Center and Kresge Auditorium became when daylight savings time ended, the students were inspired to create a holiday light display similar to those seen in trees along Newbury Street and Commonwealth Avenue. “We noticed on campus, it’s pretty dark during the winter months,” Jedryka says. “This is also a stressful time for the students in terms of final projects and finals, so we thought this would be a great idea to brighten everyone’s spirits.”

The yearly event, co-sponsored by the Division of Student Life and the MindHandHeart Initiative — with additional support from the Baker Foundation — features refreshments and entertainment. This year, hundreds of students, faculty members, and administrators alike gathered at the Kresge Auditorium lobby and were treated to desserts, warm beverages, and performances from the Logarhythms and Resonance a cappella groups, and improv comedy troupe Roadkill Buffet.

As Jedryka and de Figueiredo prepare to graduate, they’ve taken a step to ensure the longevity of Tech Twinkles by connecting with the Undergraduate Association (UA) events committee. “This was a really important step for us in that we really wanted to make this event sustainable,” said de Figueiredo. To help aid the transition process, Jedryka and de Figueiredo worked closely with the committee to ensure that all aspects — from logistics to publicity to booking entertainment — were covered. “The UA events committee is awesome,” says Figueiredo. “They’re all really on top of everything and have been so helpful.”

The partnership also added some fresh ideas and new perspectives. This year, freshman Anan Quan, who is the publicity coordinator and a UA events committee member, thought to expand the tree lighting — previously covering only the area around Kresge Auditorium — to the dorms. As part of the Tech Twinkles initiative, trees along Amherst Alley and outside East Campus were also bedecked with lights.

“Even today, a couple people came up to me and [said], ‘You know, the lights look really amazing, this is already so great,’” Figueiredo says. “You can already see their excitement from it. That just makes me so happy.”

Both de Figueiredo and Jedryka will remain in Boston following graduation, and they look forward to seeing the event grow even more next year. “It’s been so great to work with Teresa the past couple years,” says Jedryka, “meeting with people, getting the momentum built up and being here for the students.”

“I’m going to miss the celebration and all the planning that leads up to it,” says Figueiredo. “We really spent a lot of time [on it], and with that comes a lot of bonding and hanging out. So I’m looking forward to coming to the event next year [and] seeing how it goes, but I’ll miss being a part of it.”

Tech Twinkles aims to brighten the holidays at MIT