What’s the best way for Europe to curb greenhouse emissions from cars? 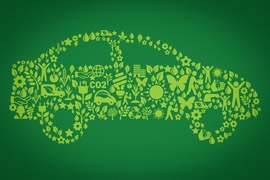 ↓ Download Image
Caption: A new study by researchers at MIT and elsewhere has found that, rather than adopting a standard for automotive gas-mileage ratings, the EU could achieve the same results at far lower cost to the economy by simply extending their existing emissions-trading system to encompass transportation rather than just electricity generation and energy intensive industry.

Caption:
A new study by researchers at MIT and elsewhere has found that, rather than adopting a standard for automotive gas-mileage ratings, the EU could achieve the same results at far lower cost to the economy by simply extending their existing emissions-trading system to encompass transportation rather than just electricity generation and energy intensive industry.

As the European Union contemplates new policies aimed at meeting its emissions-reduction commitments under last year’s Paris Agreement on climate change, a new study by researchers at MIT and elsewhere could provide some valuable guidance on the most effective strategy.

Rather than adopt a standard for automotive gas-mileage ratings, as the United States has done with its CAFE (corporate average fuel economy) standards for many years, the EU could achieve the same results for CO2 emission reduction, at far lower cost to the economy, by simply extending their existing emissions-trading system to encompass transportation rather than just electricity generation and energy intensive industry, the researchers found.

Switching from the automotive standards to the trading scheme could save as much as 63 billion Euros, says the study’s lead author Sergey Paltsev, deputy director at MIT’s Joint Program on the Science and Policy of Global Change and senior research scientist at the MIT Energy Initiative. The results have just been published in the journal Transportation, in a paper co-authored by Joint Program researchers Valerie Karplus, Henry Chen, Paul Kishimoto, and John Reilly, and three others.

“There are many ways to do policies” to try to reduce greenhouse gas emissions, Paltsev says, “and sometimes political reality doesn’t allow you to do things the best way.” But as the EU seeks ways to implement the 40 percent emissions reduction by 2030 that it agreed to at last year’s Conference of the Parties meeting in Paris, policymakers may be well-positioned to use this agreement as an impetus to adopt such an expansion of their emissions trading system.

A chance for a fix

The existing emissions trading system in Europe has not worked well, Paltsev says, partly because its price on carbon is quite low, and partly because it does not encompass enough different emissions-producing sectors of the economy. However, “the system can be fixed, and this is a great opportunity to fix it,” he says.

The new analysis, Paltsev says, clearly shows that instead of imposing mileage efficiency standards, “there is a much better way to achieve the relevant targets” for cutting emissions from the transportation sector. He points out that because of high fuel taxes and the resulting high cost of gasoline in Europe, the existing fleet of passenger cars there is already more efficient than the U.S. fleet, so implementing stringent fuel efficiency standards would be more costly for Europe.

From an economic point of view, “emissions trading or a carbon tax is going to achieve their emissions goals at the lowest possible cost to society,” says Paltsev, who is an economist and an engineer by training. And the emissions trading system is already established in the EU, he says, even though in its present form the system is flawed because of over-allocation of emission permits and interaction with renewable energy requirements. In addition, it only addresses the most energy-intensive sectors, primarily power generation. However, the trading system could easily be expanded to encompass private vehicles as well, according to Paltsev.

Since the goal is to achieve a given amount of reduction in the EU’s overall greenhouse gas emissions, expanding the program to include transportation could achieve the same amount of reduction, according to the new study, “and save money for taxpayers and the European economy — and those savings can be quite substantial,” Paltsev says.

The team used a computer model developed at the Joint Program that encompasses the scenarios’ interactive effects on all aspects of the economy, rather than just the transportation sector as most analyses do. For example, the interactive model includes secondary effects such as how manufacturing or service industries may respond to policy changes that affect transportation costs, which can in turn influence the cost of goods. Using this model, the study found that using the emissions trading system instead of a mileage standard could save between 24 and 63 billion Euros in 2025, he says, and “achieve exactly the same goal.” He adds, “I’m an economist, and if I see 63 billion lying on the floor, I say pick it up!”

The modeling team also benefited from having access to detailed data from the U.S. Environmental Protection Agency about the costs of meeting fuel standards in this country, whereas analysts in Europe who studied these tradeoffs “didn’t have that luxury,” he says. As a result, their studies were much simpler and “didn’t provide the richness of data the EPA has been able to achieve.”

He says the team presented their findings to EU officials in Brussels, and the initial response there was “very receptive, and that’s a good sign.” The approach used by this team is one that they hope will be replicated in analyzing other proposed policy measures and other regions of the world. “It shows you need to have this kind of overarching view, to look at all sectors at the same time,” in order to derive useful policy recommendations.

Andreas Schafer, Professor of Energy and Transport at University College London, who was not involved in the analysis, noted that “this study, for the first time, quantifies the vast economic costs of that policy using a general equilibrium framework. Although the figures should be considered with caution (as also suggested by the authors), the extra costs of separate emission standards between 2015 and 2020 compare to roughly half the EU Framework Programme for Research and Innovation Horizon 2020 [spending] of around 80 billion Euros over nearly the same period.”

The research team also included Andreas Löschel of the University of Münster, in Germany; Kathrine von Graevenitz of the Center for European Economic Research, in Germany; and Simon Koesler of the Center for Energy Policy at the University of Strathclyde, in Glasgow, U.K. The research was supported by the U.S. Department of Energy, Office of Science, the U.S. Environmental Protection Agency, and other sponsors from government, industry, and foundations, through the Joint Program on the Science and Policy of Global Change.

Regulations only a first step in cutting emissions