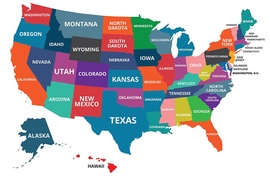 In recent years economic studies have illuminated the extent to which global trade agreements, while benefitting many consumers, have also led to significant job losses in the U.S. — particularly due to jobs moving to China after 2001. Now a new study co-authored by MIT economist David Autor (along with non-MIT colleagues David Dorn, Gordon Hanson, and Kaveh Majlesi) identifies a political effect from this economic process. From 2002 through 2010, in U.S. congressional districts particularly affected by job losses due to trade, elected members of the House of Representatives becamemore ideologically extreme, with moderates consistently losing out in both parties. Autor spoke to MIT News this week about the headline-grabbing results.

Q. Your new working paper establishes a strong relationship between job losses in the U.S. due to global trade, and political changes in the U.S. Congress — but the phenomenon at work is not what many people might guess. What did you find?

A. There’s been a 30-year trend of rising polarization in the U.S. Congress. A lot of areas economically affected by rising trade exposure, especially in the South, have also been moving politically to the right. We wondered if these economic shocks might be contributing to the political factionalization. There are multiple ways this could work. One would be an anti-incumbent effect: It’s well established that politicians are punished for bad economic outcomes. But we don’t find that. Another possibility might be that the effects of trade shocks would just strongly favor one party over another. But the answer there is also no, not really.

However, if you look at ideology rather than party, you do see very sharp movements. But they’re movements across ideological space. So moderate Democrats and moderate Republicans are being voted out of office in trade-exposed areas and being replaced with much more ideologically ardent substitutes. A lot of these gains are on the right. But that’s not entirely the case. If you look at initially Democratic voting districts, you see a very sharp movement to the left — as well as, to some degree, gains for Republicans in some of those districts. So you see this polarization occurring where moderates of both parties are being removed in trade-affected areas, and are being replaced by candidates who win by smaller margins and have more ideological views.

Q. Is it fair to say this also corresponds to the ethnic composition of the voters in these congressional districts? And what accounts for this subtle wrinkle in the findings, in which a few of these districts do flip from the Democrats to the Republicans?

A. We haven’t done an overwhelming number of ethnic breakdowns, but the one we did that we thought was useful, was that we broke districts into those where the majority of the population was non-Hispanic white, and those where less than half of the population was non-Hispanic white. There are only 66 districts in the study [out of 435 in Congress] which are majority-minority. But in those cases you see very sharp movements to the left. By contrast, in the areas that are majority non-Hispanic white, all the movement is to the right: Moderate Democrats are removed from office, moderate Republicans are removed from office to a lesser extent, and conservative Republicans make enormous gains. And there are no gains for Democrats.

Q. In terms of voter beliefs, what is the mechanism here? What explains how such similar types of job losses due to trade lead to such divergent political outcomes?

A. Imagine you have two groups of people, liberals and conservatives, and they share the same objective: They want workers to be employed and protected from the shocks of globalization. And then you have a big [trade] shock, and a lot of people lose employment. You might think everyone should converge on what we should do about that. But you can have a setting where beliefs are sufficiently disjointed, such that the same information is interpreted in completely different ways by people observing it. Say I’m a liberal Democrat and I want workers to be protected. A trade shock might lead me to say, “ This confirms what I suspected. We need a broader social safety net to make sure that workers aren’t too adversely affected.” Now suppose you’re a conservative Republican and you see the same thing. You might say, “ This confirms what I suspected, that we need strong nationalistic policies [such as tariffs] to protect our workers.” People are responding in a schismatic sense to the same underlying phenomena.

The 2016 presidential election shows the parties are not able to maintain discipline and stop people from moving to populist solutions [on trade] that most politicians don’t like — they’ve lost control of that dialogue. But our paper makes clear that this process was well under way throughout the 2000s. And in some sense what we’re seeing now in the presidential primary isn’t as surprising in retrospect, because so much of it had already occurred, in congressional votes, along the economic fault lines of areas badly impacted by declining manufacturing.

Writing for The New York Times, Thomas Edsall highlights research by Profs. Daron Acemoglu and David Autor examining how automation and trade impacted the 2016 presidential election. “The swing to Republicans between 2008 and 2016 is quite a bit stronger in commuting zones most affected by industrial robots,” explains Acemoglu. “You don’t see much of the impact of robots in prior presidential elections.”

A study by Prof. David Autor finds a shift in voting patterns in areas of the country impacted by trade with China, report Binyamin Appelbaum, Patricia Cohen and Jack Healy for The New York Times. “This undercurrent of economically driven dissatisfaction,” Autor explains, “works to the benefit of candidates who are noncentrist, and particularly right-wing candidates.”

In a Wall Street Journal series examining the roots of America’s current economic disillusionment and how it is impacting the presidential election, Jon Hilsenrath and Bob Davis highlight Prof. Erik Brynjolfsson and Research Scientist Andrew McAfee’s work examining how technology impacts jobs, and Prof. David Autor’s research on how trade with China has affected the U.S. labor market.

A new study co-authored by Prof. David Autor examines how manufacturing job losses caused by trade have contributed to the current political discord, reports Nelson Schwartz and Quoctrung Bui for The New York Times. “There are these concentrated pockets of hurt,” explains Autor, “and we’re seeing the political consequences of that.”