Fifty-one middle school students from Boston, Cambridge, and Lawrence, Massachusetts, participated in two hands-on activities on Saturday, March 7, that taught them how engineers can improve quality of life for people affected by medical conditions relating to the nervous system. The workshop — an introduction to the evolving field of neural engineering — was part of the STEM Mentoring Program at MIT, which matches middle school students with mentors who are undergraduate students, graduate students, or young professionals from the Boston area.

Neural engineering is a branch of engineering that innovates solutions for people affected by nervous system disorders and injuries. “This is a science that is happening currently, and there is a lot of work going on as we speak,” says Catherine Park, MIT STEM Program coordinator. “I wanted to get the students in on what’s happening now. Neural engineering is a relatively new field, so I wanted them to be exposed to it as well as its very helpful applications in the real world.”

Real-world applications of neural engineering include the bionic arm and more recently, the retinal implant, which can restore sight for people with severe vision loss. One of the most celebrated successes of neural engineering has been the cochlear implant, which the U.S. Food and Drug Administration approved in 2000. Today, hundreds of thousands of children and adults rely on the device to hear. 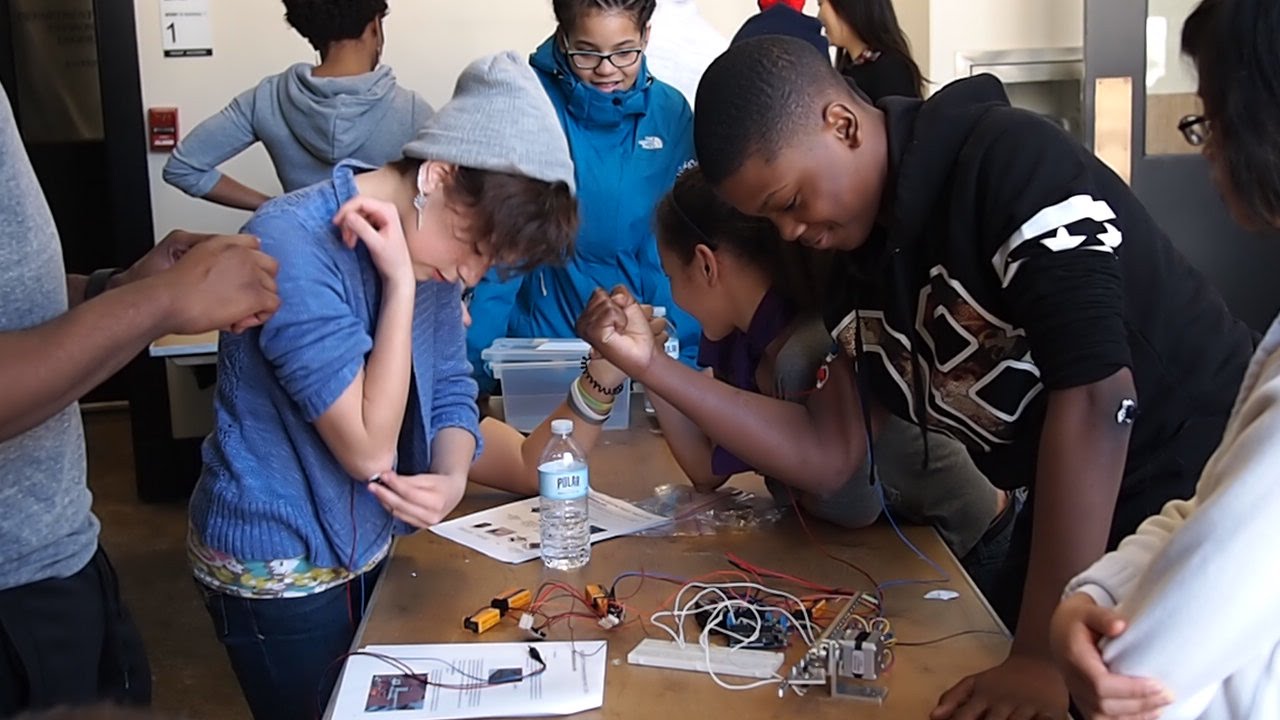 The first activity of the mentoring workshop employed earplugs, blindfolds, and other tools to demonstrate to the middle school students what it would be like to live with one or more of the conditions that neural engineering seeks to address. Participants attempted to eat breakfast without senses they may have taken for granted and learned how challenging it would be to suddenly lose those functions.

Some experienced limited hearing on one or both sides, while others gave up their senses of smell, taste or sight. One student who wore an earplug described himself as feeling “off balance” during the activity, “only hearing one side of the world.” Blindfolded students had trouble finding the food on their plates.

Along with giving the students insight into life with limited senses, the activity taught collaboration. “It’s teaching the students how to rely on their teammates,” said mentor and MIT freshman Rebekah Duembeg-Quesada. “I believe everyone has a different way of learning, and they get to make up for that together.”

Neural engineering on a small scale

Following the first activity, Park led a discussion introducing the role of neural engineering. One topic was the brain-computer interface, which transmits electric signals from neurons in the brain to a device outside the body, such as a robotic arm or cochlear implant.

“Your brain is going to be communicating with a computer, and it will tell the machine what to do,” said Park, describing the brain-computer interface. “It will be coded and decoded into an action.”

MIT Professor Joel Voldman of the National Science Foundation's Engineering Research Center for Sensorimotor Neural Engineering (CSNE) recruited a team of graduate students to help the mentors and mentees build robotic arms to demonstrate a simplified application of neural engineering. Graduate students Aalap Dighe of MIT and Matthew Sample of the University of Washington work with Voldman on a research project funded by the CSNE and assisted Voldman in the demonstration. Graduate students Haowei Su, Dan Wu and Theodore Golfinopoulos, all of MIT, also helped with the event.

Groups of mentees and their mentors worked together to build circuits that would send signals from students’ arm muscles via sensory nodes to the robot arms, which would cause them to move.

Both mentors and students found the task challenging, including mentor Gabrielle Raymond of Tufts University. "We’ve had to work together as a team to try and figure out exactly how things should be put together in the right way,” Raymond said.

The session concluded with two groups of students participating in a simulated arm-wrestling competition between robot arms. They witnessed the kind of technology that changes peoples’ lives every day and left with a new understanding of and appreciation for the field neural engineering. “You put sensor pads on your biceps or forearms, then flex,” says STEM Program student Evelyn Reyes of East Boston. “Your nervous system sends signals to this tube, and then it starts working."

Empowerment through mobile technology and co-design

Stoking a passion for science with tales of plasma research

In science and engineering program, lessons about life