3 Questions: Michael Greenstone on the experimental method in environmental economics 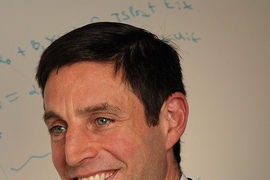 How can scholars get traction on environmental problems, particularly those relating to pollution? In an essay appearing in this week’s issue of the journal Science, MIT economist Michael Greenstone, along with co-authors Francesca Dominici and Cass Sunstein of Harvard University, make the case for “quasi-experiments,” or “natural experiments,” which have gained prominence in other domains of the social sciences. Environmental economics, they suggest, can rely increasingly on quasi-experiments to sharpen its conclusions about which kinds of environmental action are most cost-effective. Greenstone sat down with MIT News to discuss the subject.

Q. Why should quasi-experiments be in the environmental economics toolbox?

A. The single best way to learn about the world is through randomized controlled trials (RCTs). Now, some problems are not directly amenable to RCTs. In the case of climate change, we don’t have a second planet to randomly assign climate change to, or not. And that means to learn about a lot of environmental problems, such as climate change or air quality, we have to turn to other methods.

The conventional approach to doing that has been to rely on comparisons of places that are more polluted to places that are less polluted. [But] places that are more polluted might have other things that are different about them, besides the pollution. In this paper we have highlighted a potential solution, the use of quasi-experimental evaluation techniques, which mimic some of the features of an experiment, in the sense that there is a group that receives the treatment and a [very similar] group that doesn’t. But [this] is based on nature or politics or some other accident, rather than being done through random assignment.

In the case of environmental questions, there has been great progress in the last 10 to 15 years applying quasi-experiments to environmental questions. This same revolution has been occurring in other fields — labor economics, development economics, public finance, statistics, and criminology. This “credibility revolution,” as some people refer to it, tries to move beyond simple comparisons.

Q. What are some kinds of topics or findings that attest to the value of quasi-experiments in environmental economics?

A. One is a comparison of what happened to air pollution-related diseases during the Beijing Olympics, when the Chinese government shut down, by fiat, many sources of air pollution. Others have been taking advantage of the way the Clean Air Act was implemented in the U.S., using places that were otherwise similar, some of which were regulated stringently and others were much less so, [and measuring] what happens to air quality, infant mortality rates, housing prices, and manufacturing activity in those places.

More recently I [co-authored] a paper [with Yuyu Chen, Avraham Ebenstein, and Hongbin Li], on air pollution and life expectancy, by looking at a region in China where there were very large increases in particulate air pollution relative to otherwise seemingly similar places. If you go back to the planning period in China, they didn’t have enough money to heat all of China during the winter, so they implemented an arbitrary rule, which is often the hallmark of quasi-experiments. This arbitrary rule was that all places north of the Huai River were to receive free winter heating, largely derived from coal combustion, and in places to the south, no heating was allowed.

The first result of that paper is that there are dramatic differences in particulate air pollution [between the] north and south [sides] of the river, due to the Huai River heating policy. The second result is: That appears to be matched by sharp declines in life expectancy, just to the north of the river, and just to the south. If you were unfortunate enough to be an intended beneficiary of this policy, the consequences appear substantial: The people who live to the north have a life expectancy of about five years less than people just to the south. If you took those estimates literally, it would suggest the half a billion people in the north are losing 2.5 billion years of life expectancy, which is a staggering figure.

There is another remarkable thing about particulates that motivated us to write the Science paper: We just went back into old [Office of Management and Budget] reports on the benefits of regulation, and somewhere between one-third and one-half of all benefits from all regulations come from the regulation of pollution — and one [form of] air pollution in particular, particulates in air pollution.

Q. When we talk about cost-benefits analyses regarding health, it can create trepidation among those who think focusing on limiting costs may lead to less emphasis on benefits. Quasi-experiments may be sharper tools, but are they also policy-neutral in this sense?

A. Let’s start with the [opposite] case, where we rule out quantitative analysis as being too easily politicized. I think what happens in that vacuum is that people with vested interests rush in. And by definition they do not have the welfare of the full country at heart; they have the welfare of the interest groups or businesses they’re running or representing, be they pro-environment or anti-environment. And I think quantification is absolutely central to being able to constrain those arguments. There is no question that quantification can be abused like anything else can be abused. But I think the role of the university and the academy is to put out, as best they can, credible answers, and what I have observed in the political process is that high-level academic research does not always drive policy decisions, but it puts bounds on the policy discussion. Those bounds constrain the policy decisions to a region around the best evidence. And that can be very valuable.

An experiment puts auditing under scrutiny