Striking a balance on taxes

Caption:
Stefanie Stantcheva
Credits:
Photo: Allegra Boverman
Now that April 15 has come and gone, most Americans have turned their attention away from taxes. But MIT student Stefanie Stantcheva continues to ponder the trade-offs associated with taxation.

A fourth-year PhD student in MIT’s Department of Economics, Stantcheva studies optimal taxation — or, as she puts it, “how to set the tax system to generate revenue for the government while still preserving incentives for taxpayers to work and save, and carrying out whatever society deems to be an appropriate degree of redistribution.” 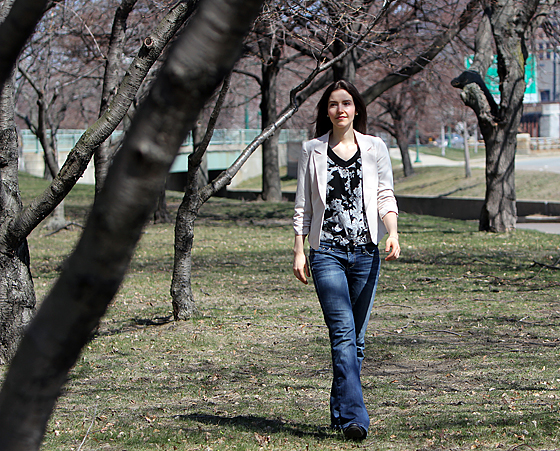 Stantcheva’s research has shown that taxes don’t just affect incentives for current actions — such as decisions about how much to work — but can also affect long-term investment choices, such as the decision to invest in schooling or on-the-job training (both types of training that economists refer to as “human capital”). These long-term effects of taxation can modify, and in some cases even reverse, standard economic wisdom about tax design.

Stantcheva illustrates this point by referring to government policies that affect incentives to invest in education: “Highly progressive taxes, which place higher proportionate burdens on those with higher incomes, can discourage individuals from acquiring human capital because they blunt the return on such investments,” she says. “Subsidized government-loan programs for education, in contrast, encourage the acquisition of education.”

One of Stantcheva’s insights is that the optimal balance between higher taxes and subsidized loans may depend on whether educational investment is more productive for those who would be high earners even in the absence of additional schooling, or for those in the lower-earning ranks. When a society is concerned about raising the standard of living of those at the bottom of the income distribution, educational investment will be particularly attractive when it disproportionately benefits this group.

Stantcheva’s dissertation research shows how government policies, such as income-contingent education loans, can be important tools for financing the acquisition of human capital.

Studying what shapes redistributive preferences in the U.S.

Stantcheva has also studied public preferences on redistribution, which are a key determinant of the tax structure.

Together with Emmanuel Saez of the University of California at Berkeley, Ilyana Kuziemko of Columbia Business School and Michael I. Norton of Harvard Business School, she has carried out surveys of Americans’ support for redistributive government policies that might mitigate income inequality. The researchers conducted an online experiment with 5,000 Americans, showing study participants, among other things, information about income inequality and tax policy.

A puzzling outcome of their experiment was that while respondents exhibited some preference for more rather than less equal distribution of income, they were reluctant to support redistributive government policies. Stancheva and her co-authors suggested that when confronted with information on the current level of inequality, respondents concluded that government policies were unlikely to be effective in altering the income distribution, and hence didn’t support them.

In an op-ed published last month on the website of The New York Times, Stantcheva and Kuziemko observed, “The low opinion in which Americans hold their government may well limit their willingness to connect concern with inequality to government action.”

A native of Bulgaria who earned her undergraduate degree at Cambridge University followed by a master’s degree at the École Polytechnique in France, Stantcheva says her interest in economics has its roots in the economic turmoil her homeland experienced after it turned away from Communism in the 1990s. “The country was transitioning to a market economy and my parents and their friends had conversations about the currency transition and the hyperinflation,” Stantcheva says. “I didn’t yet understand any of it, but I remember wanting to be a part of those discussions.”

Prior to starting her PhD at MIT, Stantcheva worked as a research assistant with Esther Duflo, the Abdul Latif Jameel Professor of Poverty Alleviation and Development Economics, helping with her work on microcredits. Since enrolling at MIT, Stantcheva has also conducted research with Robert Townsend, the Elizabeth and James Killian Professor of Economics, on wealth management for the poor in rural Thailand.

Stantcheva expects to receive her PhD in 2014 and hopes to accept a faculty position so as to continue with her teaching and research.