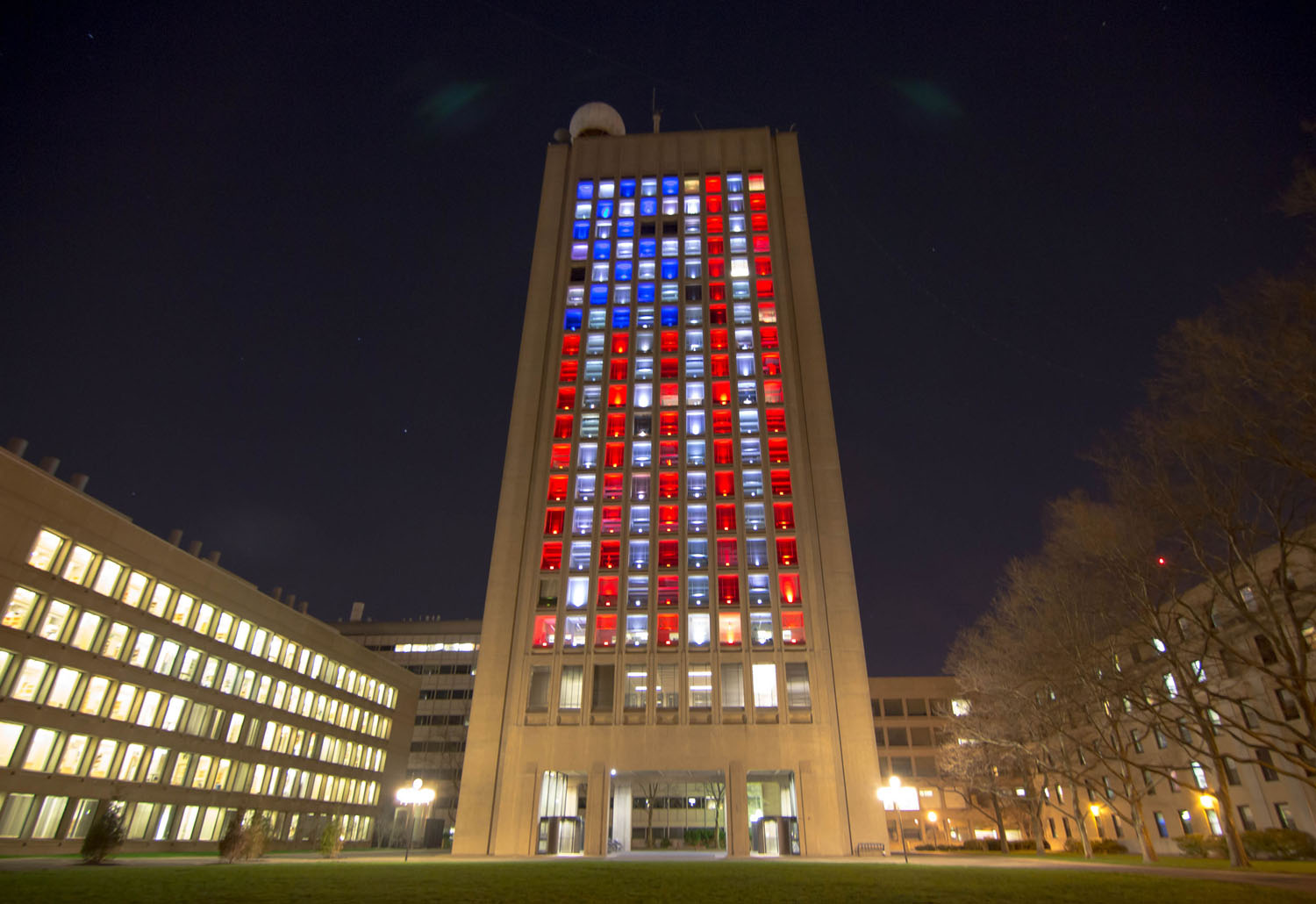 On MIT's campus, the 21-story Green Building (Building 54) — the tallest building in Cambridge, clearly visible from surrounding communities — has taken on several distinct nighttime incarnations this week. At top, the building is seen on Monday night, following the Boston Marathon bombings, when its windows were illuminated to resemble a giant American flag. Later in the week, following the shooting death of MIT Patrol Officer Sean Collier, the Green Building paid tribute with a nearly 300-foot-tall black ribbon. 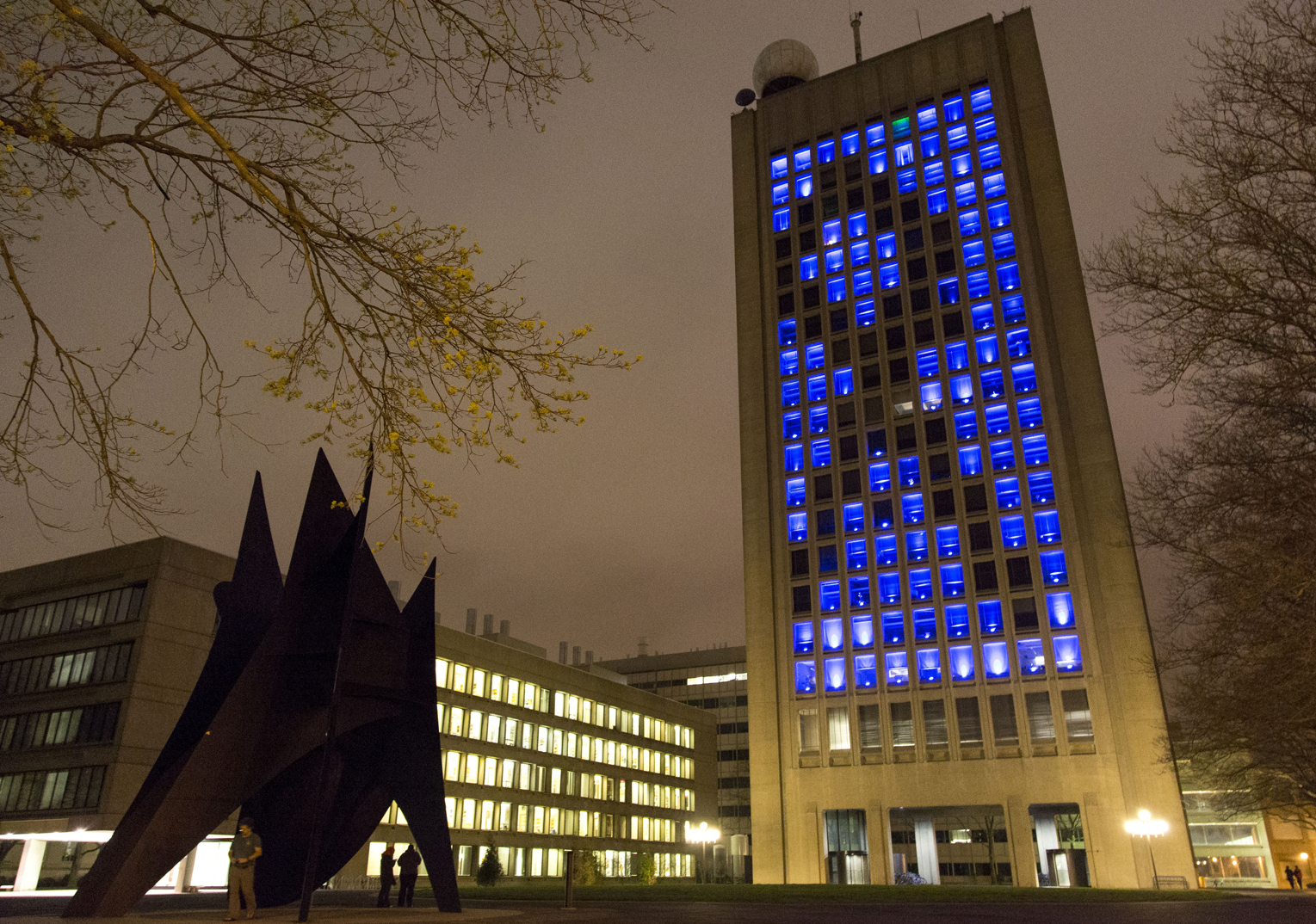