A single cancer cell may harbor dozens or even hundreds of mutant genes. Some of those genes instruct the cell to grow abnormally large, others tell it to divide repeatedly or to detach itself and roam the body looking for a new home.

What if you could shut off one, two or even a dozen of those genes, all at once? Some scientists believe that they will soon be able to do just that through RNA interference, a natural process that happens within cells. MIT Institute Professor Phillip Sharp calls it one of the most promising new cancer treatments in development. 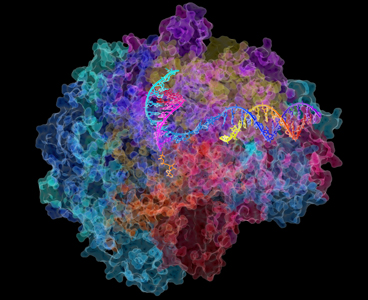 The structure of RNA polymerase II
Image: David Bushnell, Ken Westover and Roger Kornberg, Stanford University
For a cell to fulfill its genetic fate, information must be carried from DNA in the nucleus to the ribosome, the part of a cell where proteins are made. RNA interference disrupts this flow via snippets of genetic material, known as siRNA (short interfering RNA). SiRNA binds to messenger RNA (mRNA) molecules, destroying the mRNA before it can deliver instructions to the ribosome.

“It offers the potential to turn off essentially any gene in a cell,” says Daniel Anderson, a member of MIT’s David H. Koch Institute for Integrative Cancer Research. That means scientists can try to shut off the genes that cause cancer cells to go haywire, growing out of control and breaking free from their usual constraints to travel through the body to start new tumors.

“It’s a great theoretical picture,” says Sharp, whose former postdoc, Andrew Fire, won the Nobel Prize with Craig Mello in 2006 for discovering RNA interference. The question is, “can you turn it from theory into reality?” He believes the answer is yes, as long as one major technical challenge can be solved: how to safely and effectively deliver large doses of siRNA to tumors, while avoiding healthy tissues.

Getting RNA into a cell is no easy task. RNA is a large, negatively charged molecule — just the kind of thing that cells normally try to keep out. Scientists have been able to slip siRNA through cell membranes by wrapping them in other molecules to disguise their negative charges, but once inside, the RNA has to be released from its coating.

Delivery is “the number one hurdle” facing RNA interference, or RNAi, says Steven Dowdy, professor of molecular medicine at the University of California, San Diego. “If you can’t deliver it, it doesn’t work.” 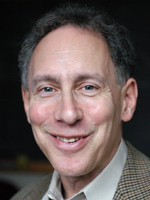 Robert Langer
Six years ago, Dowdy — who was a postdoctoral associate at the Whitehead Institute in the early 1990s — dropped his research on delivering tumor-suppressor proteins to pursue RNAi as a cancer therapy. “There’s nothing that even compares to the potential of RNA,” he says. “The problem with every drug used against cancer today is that they can’t be adapted. With siRNA, you can adapt the drug as the cancer is evolving.”

He envisions that in 10 or 20 years, doctors will be able to sequence an individual patient’s tumor to see which cancer-causing genes have been activated, then deliver siRNA specific to that gene. The process could be repeated with any cancerous cells that survive the first round, turning cancer into a manageable condition.

Right now, one of the leading candidates for RNAi delivery is a type of fatty molecule called a lipidoid, which can easily merge with the cell membrane and deposit its RNA payload inside.

Anderson, MIT Institute Professor Robert Langer and others in their lab have developed RNA-delivering lipidoids that can shut off 10 genes at once in the livers of mice. They have also had success targeting ovarian cancer. In a study published last year in the Proceedings of the National Academy of Sciences, Anderson and his colleagues showed that by shutting off a gene called claudin-3 in mice with ovarian tumors, they could dramatically reduce tumor growth and metastasis.

Clinical trials with the new lipidoids are probably at least a year away, says Anderson, because the team needs to do some additional animal studies, and needs funding to produce the particles on a large scale.

Lipidoids solve two major problems — getting RNA into cells and then releasing the RNA once it’s inside, but there are still issues to be worked out, says Dowdy. Lipidoid particles are extremely large compared to the RNA molecules they’re delivering, which can hinder their ability to get into tiny capillaries and reach tumor cells. “It’s like delivering a dozen eggs in an 18-wheel truck,” he says. “It does a good job of protecting the eggs, but at some point you’re going to have to be able to get down some residential side streets.”

Zeroing in on tumors

Ideally, a potential RNAi therapy would enter only cancer cells and avoid healthy cells. To help RNA zero in on tumor cells, researchers are investigating ways to sprinkle the surface of lipidoids (or other RNA carriers) with proteins that bind to molecules displayed in large numbers on tumor cells but not healthy cells. Potential targets include a protein called p32, which is involved in tumor-cell metabolism, and folate receptors, which help tumor cells obtain the folate they need to rapidly produce new DNA as they divide.

Using RNAi to specifically target organs such as the liver can help avoid some of the side effects usually seen with traditional cancer drugs, says Stuart Pollard, vice president of scientific and business strategy at Alnylam, a company founded by Sharp and MIT Professor David Bartel in 2002 to pursue RNAi therapies. 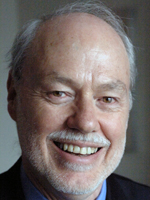 “They’re very targeted to the liver, which should allow them to avoid other tissues like the gut and immune system,” which cancer drugs often damage, says Pollard. Early results from the trial, which is designed to test for drug safety, not effectiveness, show that patients are tolerating the drug well.

In Sharp’s lab, researchers are working on RNAi to turn off the gene for PARP1, an enzyme involved in a DNA-repair pathway commonly used by ovarian cancer cells with the BRCA1 mutation. They are also targeting mRNA that codes for a variant form of the enzyme pyruvate kinase, which is believed to be essential for tumor-cell metabolism.

Sharp, who is also a member of the Koch Institute, is optimistic that with enough effort, the technical challenges posed by RNAi can be overcome. “If the problem is seen as being important enough, we will be able to solve this,” he says.