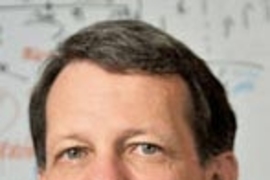 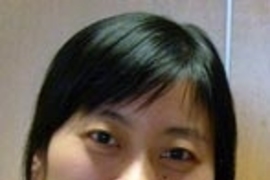 An ingenious new method of obtaining marine microbe samples while preserving the microbes' natural gene expression has yielded an unexpected boon: the presence of many varieties of small RNAs -- snippets of RNA that act as switches to regulate gene expression in these single-celled creatures. Before now, small RNA could only be studied in lab-cultured microorganisms; the discovery of its presence in a natural setting may make it possible finally to learn on a broad scale how microbial communities living at different ocean depths and regions respond to environmental stimuli.

"Microbes are exquisite biosensors," said Edward Delong, a professor of civil and environmental engineering (CEE) and biological engineering. "We had developed this methodology to look at protein-encoding genes, because if we know which proteins the microbes are expressing under what conditions, we can learn about the environmental conditions and how these microbes influence those. The unexpected presence and abundance of these small RNAs, which can act as switches to regulate gene expression, will allow us to get an even deeper view of gene expression and microbial response to environmental changes.

DeLong and co-authors Yanmei Shi, a graduate student in CEE, and postdoctoral associate Gene Tyson describe this work in the May 14 issue of Nature. The team used a technique called metatranscriptomics, which allows them to analyze the RNA molecules of wild microbes, something that previously could be done only with lab-cultured microbes.

Microbes are ultra-sensitive environmental sensors that respond in the blink of an eye to minute changes in light, temperature, chemicals or pressure and modify their protein expression accordingly. But that sensitivity creates a quandary for the scientists who study them. Sort of like the observer effect in quantum physics, by entering the environment or removing the microbes from it, the observer causes the microbes to change their protein expression. That same sensitivity makes some of these creatures exceedingly difficult to grow in lab cultures.

To overcome the hurdle of quickly collecting and filtering microbial samples in seawater before the microbes change their protein expression, the research team -- collaboratively with CEE Professor Sallie (Penny) Chisholm and her research team, which has successfully grown and studied the photosynthetic microbe, Prochlorococcus, in the lab -- created a method for amplifying the RNA extracted from small amounts of seawater by modifying a eukaryotic RNA amplification technique.

When Shi began lab studies of the RNA in their samples, she found that much of the novel RNA they expected to be protein-coding was actually small RNA (or sRNA), which can serve as a catalyst or regulator for metabolic pathways in microbes.

"What's surprising to me is the abundance of novel sRNA candidates in our data sets," said Shi. "When I looked into the sequences that cannot be confidently assigned as protein-coding, I found that a big percentage of those sequences are non-coding sequences derived from yet-to-be-cultivated microorganisms in the ocean. This was very exciting to us because this metatranscriptomic approach -- using a data set of sequences of transcripts from a natural microbial community as opposed to a single cultured microbial strain -- opens up a new window of discovering naturally occurring sRNAs, which may further provide ecologically relevant implications."

"We've found an incredibly diverse set of molecules and each one is potentially regulating a different protein encoding gene," said DeLong. "We will now be able to track the protein expression and the sRNA expression over time to learn the relevance of these little switches."

If we think of marine bacteria and their proteins as tiny factories performing essential biogeochemical activities -- such as harvesting sunlight to create oxygen and synthesize sugar from carbon dioxide -- then the sRNAs are the internal switches that turn on and off the factories' production line. Their discovery in the ocean samples opens the way to learning even more detailed information in the lab: the researchers can now conduct lab experiments to look at the effects of environmental perturbation on microbial communities. These new sRNAs also expand our general knowledge of the nature and diversity of these recently recognized regulatory switches.

"Being able to track the dynamics of small RNA expression in situ provides insight into how microbes respond to environmental changes such as nutrient concentration and physical properties like light and pressure," said Shi. "A very interesting question to follow up in the lab is how much fitness advantage a small RNA confers to microbes. Can the microbes with a specific small RNA perform better in competing for nutrients in a tough situation, for instance? The discovery of naturally occurring small RNAs is a first step towards addressing such questions."

This work was supported by the Gordon and Betty Moore Foundation, the National Science Foundation and the U.S. Department of Energy.