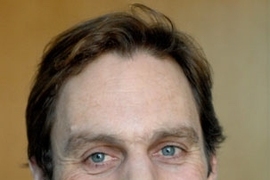 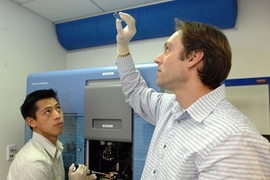 Scientists have long known that it's possible for one gene to produce slightly different forms of the same protein by skipping or including certain sequences from the messenger RNA. Now, an MIT team has shown that this phenomenon, known as alternative splicing, is both far more prevalent and varies more between tissues than was previously believed.

Nearly all human genes, about 94 percent, generate more than one form of their protein products, the team reports in the Nov. 2 online edition of Nature. Scientists' previous estimates ranged from a few percent 10 years ago to 50-plus percent more recently.

"A decade ago, alternative splicing of a gene was considered unusual, exotic â€¦ but it turns out that's not true at all -- it's a nearly universal feature of human genes," said Christopher Burge, senior author of the paper and the Whitehead Career Development Associate Professor of Biology and Biological Engineering at MIT.

Burge and his colleagues also found that in most cases the mRNA produced depends on the tissue where the gene is expressed. The work paves the way for future studies into the role of alternative proteins in specific tissues, including cancer cells.

Human genes typically contain several "exons," or DNA sequences that code for amino acids, the building blocks of proteins. A single gene can produce multiple protein sequences, depending on which exons are included in the mRNA transcript, which carries instructions to the cell's protein-building machinery.

Two different forms of the same protein, known as isoforms, can have different, even completely opposite functions. For example, one protein may activate cell death pathways while its close relative promotes cell survival.

The researchers found that the type of isoform produced is often highly tissue-dependent. Certain protein isoforms that are common in heart tissue, for example, might be very rare in brain tissue, so that the alternative exon functions like a molecular switch. Scientists who study splicing have a general idea of how tissue-specificity may be achieved, but they have much less understanding of why isoforms display such tissue specificity, Burge said.

Until now, it has been difficult to study isoforms on a genome-wide scale because of the high cost of sequencing and technical issues in discriminating similar mRNA isoforms using microarrays. The team took mRNA samples from 10 types of tissue and five cell lines from a total of 20 individuals, and generated more than 13 billion base pairs of sequence, the equivalent of more than four entire human genomes.

The sequencing was done by researchers at biotech firm Illumina, using a new high-throughput sequencing machine.

Lead authors of the paper are graduate student Eric Wang of the Harvard-MIT Division of Health Sciences and Technology, and former MIT postdoctoral fellow Rickard Sandberg, now at the Karolinska Institutet in Sweden. Other authors are Christine Mayr, a postdoctoral associate at the Whitehead Institute; Stephen Kingsmore of the National Center for Genome Resources; and Shujun Luo, Irina Khrebtukova, Lu Zhang and Gary Schroth of Illumina.

The research was funded by the National Institutes of Health, the Knut & Alice Wallenberg Foundation and the Swedish Foundation for Strategic Research.