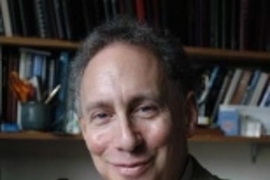 Much of the work in MIT Institute Professor Robert Langer's prolific lab sounds like something straight from the pages of science fiction, but its products are already saving lives around the world in a variety of ways.

One of Langer's specialties is growing the vital tissues of the human body--including skin, blood vessels, bone and parts of organs such as the liver and intestines--in a laboratory dish instead of in the body. For example, based on Langer's work scientists can grow patches of skin that can be used as grafts for burn victims.

Langer will speak about the great challenges facing biomedical engineering in the next century, at the annual meeting of the American Association for the Advancement of Science (AAAS) in Boston, on Friday afternoon, Feb. 15. The talk is part of a special session announcing a National Academy of Engineering report put together by a committee of 18 leading researchers in a variety of disciplines, including Langer, and reviewed by more than 60 experts. The report, titled "Grand Challenges for Engineering," describes the areas of research that are seen as most likely to produce results that could dramatically improve life on Earth.

The report will be unveiled at a press conference at 2 p.m. EST on Friday, Feb. 15, at the AAAS meeting. In addition to Langer, two other MIT scientists were members of the panel and will participate in the press conference: Wesley L. Harris, the Charles Stark Draper Professor of Aeronautics and Astronautics at MIT and a former NASA associate administrator, and MIT President Emeritus Charles Vest, a professor in the Department of Mechanical Engineering.

Among the grand challenges in the area of biomedical engineering, Langer says, is finding new ways of delivering drugs and other large molecules to targeted sites inside the human body.

As part of that research, Langer, who already has more than 600 patents granted or pending, has been working on the development of novel ways to introduce DNA strands into human cells, a necessary step in gene therapy to correct genetic abnormalities or predispositions to disease.

Traditionally, such DNA insertions have been carried out using viruses that have a natural ability to penetrate the cell and insert segments of DNA into the nucleus. But these viruses can sometimes have dangerous side effects, and have been responsible for deaths in some early gene-therapy trials.

"We're working on polymers that could deliver DNA as efficiently as viruses, that could put a DNA strand wherever you want, without the safety problems of viruses," Langer says. In addition, they could be cheaper and easier to manufacture.

So far, the problem has been that such "synthetic vectors" have been far less efficient in carrying out the delivery. But in early tests conducted by Jordan Green and Dan Anderson in Langer's lab, some polymers have been as effective at delivering the DNA strands to their target as the viruses, but with 100 times less toxicity.

Such new polymers, Langer says, might eventually lead to new treatments for some kinds of cancer. And they may also enable the delivery of small interfering RNA segments (siRNAs), whose discovery led to a Nobel Prize in 2006. These may be used to combat a variety of diseases.

Anderson, Langer and graduate student Michael Goldberg have also been working on the design of chemicals similar to lipids in the body, called lipidoids that could be used to deliver drugs including siRNA to specific tissues in the body and release them in a controlled way. Already more than 50 promising compounds have been found and are undergoing tests. "That work is going quite well," Langer says.

Tissue engineering is another important area of ongoing research, Langer says. One key project is growing replacements for damaged tissues such as the neurons damaged by spinal cord injuries that lead to paralysis. Using a neuronal scaffold, Langer and his collaborators have succeeded in growing new tissue from neuronal stem cells, and have succeeded in helping paralyzed mice to walk again.

The new report will be made public online, at the time of Friday's press conference, at www.engineeringchallenges.org.