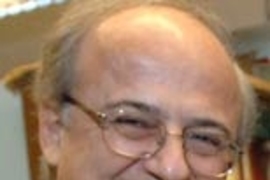 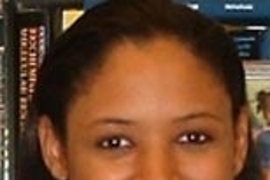 As the search for alternative fuel sources intensifies, more and more attention has been focused on ethanol--a fuel many see as desirable because it burns cleanly and can be produced from plants.

In recent days, two MIT chemical engineering professors have weighed in on ethanol's potential -- Professor Gregory Stephanopoulos, in a Feb. 9 article for Science, and Assistant Professor Kristala Jones Prather, who testified during a Senate hearing on biofuels Feb. 1.

Both professors expressed optimism that biofuels can become a significant part of the U.S. energy supply but said that much more research must be done before ethanol can reach its full potential.

"Biofuels represent a grand challenge in technology," Prather told the Senate Committee on Energy and Natural Resources. "There is no single silver bullet that will make a robust transportation fuels industry a reality."

Most of the 5 billion gallons of ethanol produced annually in the United States comes from corn, but there's not enough corn available to make it a viable long-term source, according to Stephanopoulos.

To replace corn, scientists are turning to cellulose found in grasses and agricultural wastes. In his Science article, Stephanopoulos outlined several challenges to producing ethanol from cellulose and avenues of research scientists are pursuing to overcome them.

"The technology to produce cellulosic ethanol is not there yet," he said. However, he estimates that large-scale, economically feasible production of ethanol from cellulose could happen within 10 to 15 years.

One of the major advantages of cellulosic material is its abundance, according to Stephanopoulos. He cited a recent Department of Energy report that estimated the United States could sustainably produce about 1.4 billion tons of such material per year.

"If we can convert that into liquid fuel, that could become a pretty significant percentage of liquid fuels in the U.S.," he said.

There are two major steps to producing ethanol from plant energy crops and agricultural wastes. First, the plant material must be broken down into its main components (cellulose and hemicellulose), which is done by treatment with heat, acid, ammonia or steam. In the second step, the cellulose is broken down into sugars, such as glucose, and fermented into ethanol. That is usually done by yeast or other microorganisms.

Current lines of research described in his Science article include:

Last year, Stephanopoulos and MIT colleagues reported that they had developed a new way to engineer the genome of yeast to produce desirable traits--in that case, the ability to tolerate high levels of ethanol, which is normally toxic to yeast. The technique holds promise for the development of other traits that would make yeast more efficient ethanol producers.

In her prepared statement during last week's Senate hearing, Prather pointed to that study as an example of the kind of research that needs to be done if the United States wants to commit to converting to alternative fuels like ethanol.

Prather emphasized to the committee that the development of biofuels is a "systems problem, meaning that there are lot of components and each one has an impact on all the others."

While some researchers pursue genetic manipulation of microorganisms, they need to also coordinate with others involved in fuel production and consumption--for example, engineers designing new engines and agricultural scientists working with new crops.

"Those are conversations that have to be had all along the pipeline," Prather said.

Her other primary message to the committee was that while ethanol is promising, other potential biofuels, such as biodiesel, butanol and hydrogen, should not be excluded from study.

Ethanol has only 70 percent of the energy density of gasoline, making it less efficient, and its tendency to absorb water makes corrosion a concern for the current U.S. petroleum storage and distribution network, she said.

"A broader vision should include the possibility of alternative biomass-derived fuels with better physical properties and better integration into the infrastructure--that is, fuels that will work in existing cars and which can be transported through existing networks," she told the committee.