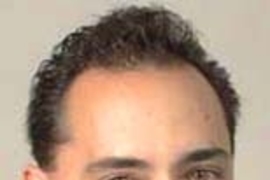 The "tyranny of the minority" is how Associate Dean Danny Trujillo refers to alcohol abuse on college campuses. The few students who do engage in dangerous drinking have a negative impact on the lives of the majority--the students who choose to abstain or drink moderately.

In a 2003 survey of MIT undergraduates, only one in four students reported ever having engaged in binge drinking. But 42 percent of MIT students reported feeling the secondhand effects--interrupted study or sleep time--of others' alcohol consumption. Additionally, that minority accounts for 73 percent of alcohol-related injuries, vandalism and police infractions, Trujillo said.

Binge drinking among MIT students is low compared to universities nationally and slightly less than at its peer institutions. The rate of heavy episodic drinking at MIT reported in the 2003 survey--28 percent--is similar to that of MIT's peer institutions, which average about 30 percent. The rates at state schools nationally tend to run much higher, 50 percent or more.

Trujillo came to MIT three years ago following a national search for an associate dean for alcohol education and community development. Since then, he has worked in collaboration with the Mental Health Department of MIT Medical to prevent alcohol abuse on campus through the adoption of a screening and intervention program known as SBI (Screening and Brief Intervention.)

His work is paying off. The rate of binge drinking decreased by 40 percent for MIT students who entered the MIT-SBI program.

At the end of last year, the program was recognized by the U.S. Department of Education as one of three model alcohol and drug prevention programs in higher education. The award recognizes innovative and empirically validated programs that effectively address alcohol and other drug issues among college student populations.

In October 2004, MIT's program was honored at the National Meeting on Alcohol and Other Drug Abuse and Violence Prevention in Higher Education.

"It has been a very effective program," said Trujillo.

The initial goals of the SBI program have been to reduce student alcohol use and the harms associated with excessive use, as well as to reduce the number of disciplinary actions that emerge because of excessive drinking. Students can be referred to the program following an alcohol policy infraction or by medical personnel after a visit to emergency care, by the mental health service or by athletic coaches and residence staff. Still other students come on their own.

The SBI program consists of two one-on-one meetings with a trained staff member of the Mental Health Department. "It is non-judgmental and not a treatment program," said Trujillo, who explained that the meetings are considered opportunities for students to learn about alcohol at MIT and reflect upon the role of alcohol in their lives.

Many have been surprised. "I learned a lot about statistics," said one SBI participant in an evaluation. "It's good to know how many people actually drink compared to the exaggerated number that you believe. A large majority of the students at MIT promote moderate alcohol use." Among SBI participants, 81 percent recommend that MIT continue the SBI program.

In September 2004, new freshmen were invited to complete an online survey that assessed their experiences with drinking and perceptions of alcohol use at MIT. Those who reported binge drinking or academic, legal or personal consequences associated with their drinking in the past 30 days were invited to participate in the SBI program. (Binge, or heavy episodic, drinking is defined as five or more drinks in a row for men and four or more for women at least once in the previous two weeks.)

As incentive for participating in the survey, students were given $15 in Tech Cash, a policy that led to an 86 percent survey participation rate. Last fall, 20 percent of students surveyed met the criteria for the SBI program; the first 70 interview slots were filled in 20 hours.

"First-year students are a critical group," said Trujillo. Prevention and early intervention have been shown to be the best ways to address high risk behavior and encourage responsible decision-making.

Many students start drinking because of what they perceive the "norm" to be, said Trujillo, which makes it very important to clear up misperceptions about college drinking as soon as students get to college. Among freshmen, 59 percent said they believe the typical MIT student drinks once a week or more. In fact, only 31 percent of MIT students consume alcohol once a week. Only 11 percent drink more than once a week.

Participants also experienced significantly fewer negative consequences, particularly related to academic performance, as a result of their drinking. They engaged more frequently in "protective behaviors," such as opting not to play drinking games, choosing not to drink at parties, alternating between non-alcoholic and alcoholic drinks to pace themselves, and expressing concern regarding the legal and disciplinary consequences associated with excessive use.

The program is an active collaboration between students and multiple MIT departments, including the Office of Community Development and Substance Abuse; the Mental Health and Urgent Care departments of MIT Medical; the Campus Alcohol Advisory Board; the Office of Student Conduct; the Department of Athletics, Physical Education and Recreation; Information Services and Technology; and the MIT Card Office.