How the debt crisis of 2008-09 fueled populist politics 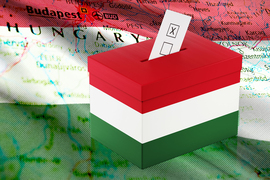 The economic downturn of 2008-09 has often been described as a financial-sector crisis, featuring failing banks. But it was much more than that. Many people with stagnant or dropping incomes, having borrowed to sustain their standard of living, found themselves deep in debt when the economy sagged and joblessness increased.

In turn, those economic problems created a political shift: Many debtors became attracted to populist politics, with consequences still reverberating around the world. Now, a study co-authored by an MIT professor connects some of these dots in detail. Examining Hungary, the research finds that the right-wing political party Jobbik benefitted significantly from the aftermath of the crisis, using the debt issue to engineer a realignment of many voters.

Specifically, by charting the pattern of political shift in relation to the prevalence of debt, the study suggests that about one-fifth of the total political shift rightward in Hungary at the time can be attributed to the presence of personal debt, especially foreign-currency denominated debt that was owed to foreign banks.

“This was very salient for many people, and it was a key aspect of the crisis that touched people every single month in their pocketbook,” says Emil Verner, an assistant professor of finance at the MIT Sloan School of Management and a co-author of a paper detailing the study’s results. While Jobbik once had a paramilitary wing and was often accused of anti-Semitism, he notes, the aftermath of the economic crisis allowed it to add voters who formerly shunned it: “The far right … [was] able to attract a number of voters, middle-class or even slightly higher than middle-class people, who had mortgages and otherwise probably wouldn’t have voted for the far right.”

The paper, “Financial Crisis, Creditor-Debtor Conflict, and Populism,” appears in advance online form in the Journal of Finance. The authors are Győző Gyöngyösi, a researcher at the Leibniz Institute for Financial Research SAFE, in Frankfurt, Germany; and Verner, who is the Class of 1957 Career Development Professor at MIT Sloan.

Hungary’s lending boom started in 2000 and became oriented around loans in foreign currency: By 2008, the Swiss franc denominated over 60 percent of household debt. Between September 2008 — a key month for the global economic crisis — and Hungary’s April 2010 elections, Hungary’s national currency, the forint, depreciated by 23 percent. Household debt increased during this time by a whopping 4 percent of precrisis national GDP.

To investigate the relationship between debt and politics, the scholars examined data at the zip code level across Hungary about the amount of debt and foreign debt held, as well as voting data. That allowed them to pinpoint variations within the overall political shift in Hungary and to see how much of it corresponded to debt troubles. This is an application of the “differences in differences” approach often used by social scientists.

Ultimately the data showed that between 2006 and 2010, as debt increased relative to income within Hungarian zipcodes, voting by those residents shifted toward the far right. Specifically, for a given 10-percentage-point increase of debt to income, the far-right vote share in that area increased from 1.6 to 3.0 percentage points. Overall, spikes in foreign-currency debt during this time account for a 3-percentage-point increase in the far-right vote share nationally, or 20 percent of the change in the vote. This shift has persists today.

One of the key facets of this political dynamic, the scholars note, is that many households were in debt in foreign currency, often to foreign lenders. Jobbik, at the time, had a highly nationalist platform; it was also the most aggressive party in terms of campaigning on relief measures from foreign-held debt, while Hungary’s mainstream parties were more vague about the issue.

“Populist parties like to exploit divisions or cleavages in society between the ‘good’ ordinary people, and the elites or foreigners or any kind of outside threat that they [populists] can create. Conflict between debtors and banks seems to have been a particularly fruitful way for them to do that,” Verner says. “I think that helps us understand why they’ve been successful, particularly after financial crises.”

To be sure, many things could influence regional and local shifts in political orientations. With that in mind, Verner and Gyöngyösi examined other potentially influential factors such as historically extremist attitudes, immigration patterns, local employment changes, financial literacy, and house-price shocks. Ultimately they found the relationship between debt holding and the rightward shift was robust even regardless of other factors.

“They [voters] were potentially open to something new,” Verner says. “And that something new was a much more radical party.”

More than a debt crisis

In Hungarian politics, the partially debt-driven rise of Jobbik comes with a twist. The party did not gain power. But its nationalist rhetoric and positions gained traction with enough voters to make them more salient in politics; over the last decade, Hungary’s current ruling party, Fidesz, has outflanked Jobbik on the right in many regards while drastically consolidating power. In this sense the mainstreaming of certain kinds of politics can be a profoundly important effect of an economic crisis.

That has happened in various forms throughout modern history, Verner observes. The new research suggests, he adds, that people should start to regard the effects of the 2008-09 crisis in the same way.

“One of the key legacies of the 2008 crisis was the rise of populism, and one of the places that was most pronounced was Hungary,” Verner says.

In this sense, what has often been described narrowly as a crisis of finance institutions was much broader, and has helped fuel political changes. Government officials and political observers everywhere should be aware, Verner thinks, that a debt crisis can become much more than a debt crisis.

“One of the implications is that how we design and regulate our financial system and the types of financial products we make available to consumers can have really far-reaching effects,” Verner says. “Not just for the economy but even for broader society and how we organize ourselves, our political systems, and what types of policies we put in place.”

Not all banking crises involve panics

Helping consumers in a crisis