Caption:
PhD candidate Meshkat Botshekan is one of the developers of Carbin, an app that allows users to crowdsource road-quality data with their smartphones.
Credits:
Photo: Andrew Logan

America has over 4 million miles of roads and, as one might expect, monitoring them can be a monumental task.

To collect high-quality data on the conditions of their roads, departments of transportation (DOTs) can expect to spend $200 per mile for state-of-the-art laser profilers. For cities and states, these costs are prohibitive and often force them to resort to rudimentary approaches, like visual inspection.

Over the past three years, a collaboration between the MIT Concrete Sustainability Hub (CSHub), the University of Massachusetts at Dartmouth, Birzeit University, and the American University of Beirut has sought to give DOTs a cheaper, but equally accurate, alternative.

Their solution, “Carbin,” is an app that allows users to crowdsource road-quality data with their smartphones. An algorithm built into the software can then estimate how that road quality affects a user’s fuel consumption.

Unlike prior road-quality crowdsourcing tools, the Carbin framework is the most sophisticated of its kind. Using the accelerometers found in smartphones, Carbin converts vehicle acceleration signals into standard measurements of road roughness used by most DOTs. It then collates these measurements onto fixmyroad.us, a publicly available global map.

Since its release in 2019, Carbin has gathered almost 600,000 miles of road-quality data in more than three dozen countries. During 2020, its developers continued to advance the app. Not only have they validated their approach in two papers — one in Data-Centric Engineering and another in The Proceedings of the Royal Society — they have also collected more than 300,000 miles of data with the help of Concrete Supply Co., a ready-mix concrete manufacturer in the Carolinas. In addition, they are initiating collaborations with automotive manufacturers and vehicle telematics companies to gather data on even greater scale. 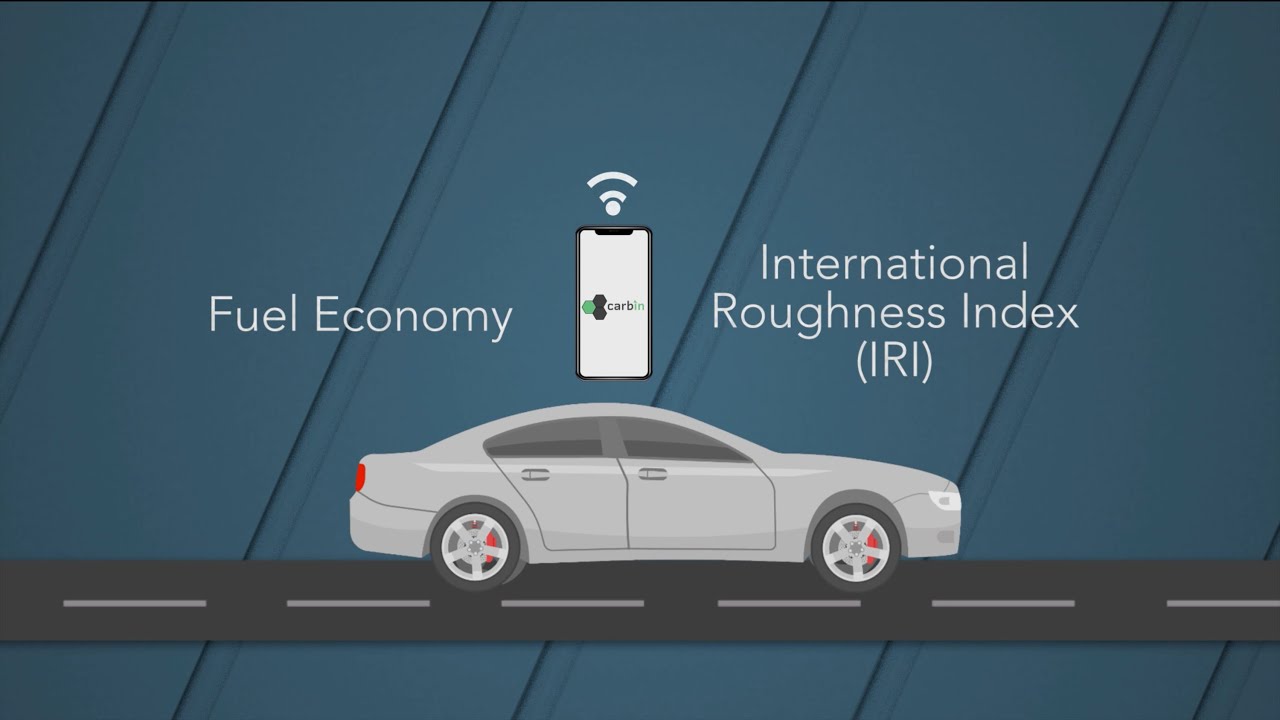 Carbin is not the first phone accelerometer-based approach for crowdsourcing road quality. Several other apps, including the City of Boston’s “Street Bump,” have sought to assess road quality based on one of the most recognizable signs of poor roads: potholes.

Though potholes have been the focus of prior apps, they are, however, not the main metric used by DOTs for measuring road quality and planning maintenance. Instead, DOTs rely on what is called road roughness.

“The shortcoming of previous crowdsourcing approaches is that they would record the acceleration signal and look for outliers, which would indicate potholes,” explains Botshekan. “However, they could not infer the road roughness, since that is defined over longer length scales — typically from tens of centimeters to tens of meters.”

Though roughness can seem almost imperceptible, it can have outsized effects. Rough roads not only lead to higher maintenance costs but can also increase vehicle fuel consumption — by as much as 15 percent in cities. To measure roughness, DOTs use the International Roughness Index (IRI).

“IRI is the accumulated motion of the suspension system over a specific distance,” says Arghavan Louhghalam, an assistant professor of civil and environmental engineering at the University of Massachusetts at Dartmouth. “Higher IRI indicates lower road quality and higher fuel consumption.”

To derive IRI, DOTs don’t actually measure suspension travel explicitly. Instead, they first capture the profile of the road — essentially, the undulations of its surface — and then simulate how a car’s suspension system would respond to it using what’s called a “quarter car model.”

From quarter car to complete picture

A quarter car model is essentially what it sounds like: a model of a quarter of a car. Specifically, it refers to a model of the tires, vehicle mass, and suspension system based on one wheel of a vehicle. By developing their own car dynamics model in a probabilistic setting, Botshekan and his colleagues were able to map the acceleration signals collected by Carbin users onto the behavior of a virtual vehicle and its interaction with the road. From there, they could estimate suspension properties and road roughness in terms of IRI. Using an algorithm developed based on past CSHub research, Carbin then estimates how IRI values can impact vehicle fuel consumption.

“At the end of the day, the vehicle is like a filter,” explains Mazdak Tootkaboni, associate professor of civil and environmental engineering at UMass Dartmouth. “The excitation of the road goes through the vehicle and is then sensed by the cellphone. So, what we do is understand this filter and take it out of the equation.”

After developing their model, the Carbin team then sought to test it against more costly, conventional methods. They did this through two different validations.

In the first, they measured road quality on two test tracks in the Greater Boston area — a major thoroughfare and then a highway — using a conventional laser profiler and several phones equipped with Carbin. When they compared the data afterward, they found that Carbin could predict laser-based roughness measurements with 90 percent accuracy.

The second validation probed Carbin’s crowdsourcing capabilities. In it, they analyzed over 22,000 kilometers of Federal Highway Administration road data from California beside 27,000 kilometers of data gathered by 84 Carbin users from the same state. The results of their analysis revealed a remarkable resemblance between the crowdsourced and official data — a sign that Carbin could augment or even entirely replace conventional methods.

Now that they’ve thoroughly validated their model, Carbin’s developers want to expand the app to provide users, governments, and companies with unparalleled insights into both vehicles and infrastructure.

The most apparent use for Carbin, says Jake Roxon, a CSHub postdoc and Carbin’s creator, would be as a tool for DOTs to improve America’s roads — which recently received a grade of D from the American Society of Civil Engineers.

“On average, America’s roads are terrible,” he explains. “But the problem isn't always in the funding of DOTs themselves, but rather how they allocate that funding. By knowing the quality of an entire road network, which is impossible with current technologies, they could fix roads more efficiently.”

The issue, then, is how Carbin can transition from gathering data to also recommending resource allocation. To make this possible, the Carbin team is beginning to incorporate prior CSHub research on network asset management — the process through which DOTs monitor pavement performance and plan maintenance to meet performance targets.

Besides serving the needs of DOTs, Carbin could also help private companies. “There are private firms, fleet companies especially, that would benefit from this technology,” says Roxon. “Eventually, they could use Carbin for ‘eco-routing,’ which is when you identify the route that is most fuel-efficient.”

Such a routing option could help companies both reduce their environmental impact and running costs — for those with thousands of vehicles, the aggregate savings could be substantial.

While further development is needed to incorporate eco-routing and asset management into Carbin, its developers see it as a promising tool. Franz-Josef Ulm, professor at the MIT Department of Civil and Environmental Engineering and faculty director of CSHub, believes that Carbin represents a necessary step forward.

“To develop the infrastructure of the 21st century, we need 21st-century means of assessing the state of that infrastructure to ensure that any dollar spent today is well spent for the future,” he says. “That’s precisely where Carbin enters the picture.”

Explained: Cement vs. concrete — their differences, and opportunities for sustainability