Caption:
With ongoing systemic issues facing the Asian community in the United States, as seen by the rise in anti-Asian hate crimes over the course of the pandemic, MIT’s coed East Asian music a cappella group Syncopasian wanted to create a music video that would commemorate the AAPI community.
Credits:
Image courtesy of MIT Syncopasian.

In recognition of May as Asian Pacific American Heritage month — a period dedicated to celebrating and acknowledging the enduring contributions and influence of Asians and Asian American and Pacific Islanders (AAPI) to the history, culture, and successes of the United States — MIT Syncopasian recently created its first AAPI advocacy music video.

With ongoing systemic issues facing the Asian community in the United States, as seen by the rise in anti-Asian hate crimes over the course of the pandemic, MIT’s coed East Asian music a cappella group Syncopasian wanted to create a music video that would commemorate the AAPI community. This is the first project of this scale that Syncopasian has dedicated to AAPI advocacy. “Making this was largely uncharted territory for us,” says Rachel Zhang ’21, Syncopasian’s concert chair. “We felt a particular drive to pursue this project this semester in light of the recent events and current issues facing the Asian and AAPI community.”

The group performed the poem “Things We Carry on the Sea” by Chinese-American poet Wang Ping for its tributes to the cultural diversity of immigrant communities, the struggles they have overcome, and the achievements that have resulted from their hard work and perseverance. To make the performance their own, members of the group included a slight revision to the end of the poem performance where Wang declares that “we [immigrants] carry our mother tongues.” In the original text, the words “love,” “hope,” and “peace” are translated into a variety of languages, and “with Dr. Wang’s gracious permission, we adapted and expanded this final section to display the rich array of Asian and Pacific languages that exist in the world,” says Justin Park, a junior and Syncopasian’s music director and treasurer. 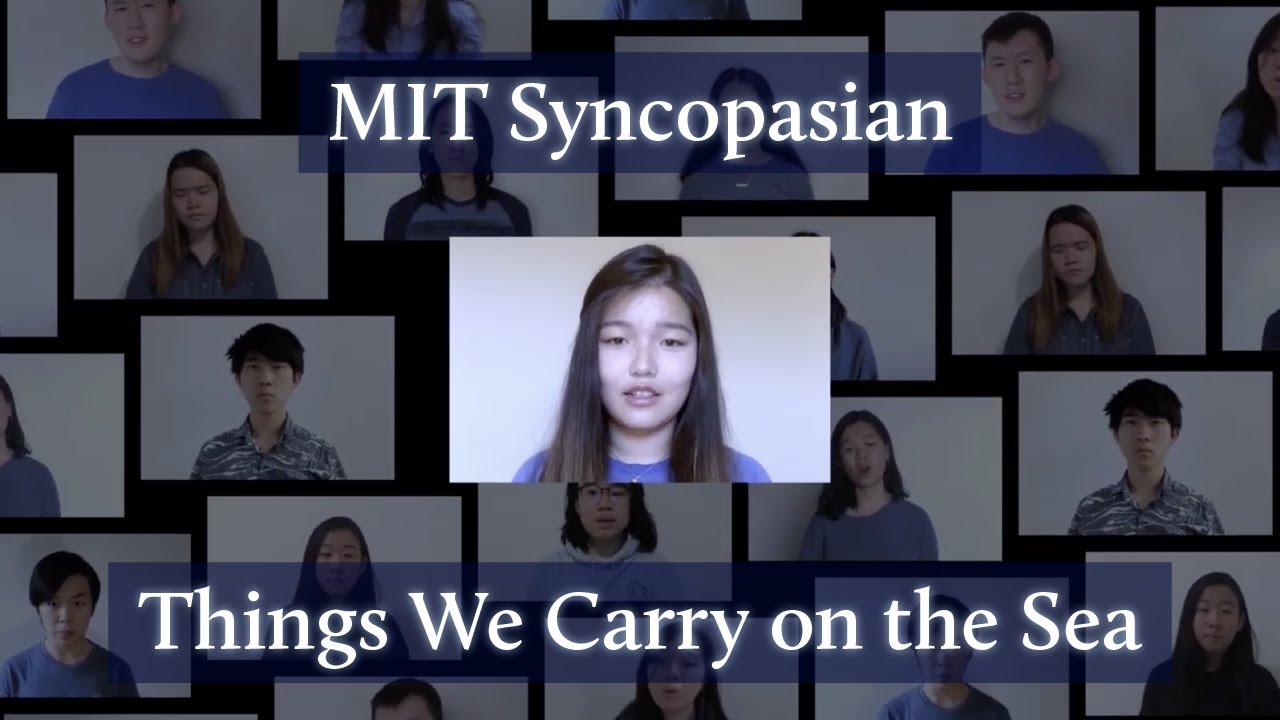 Play video
Things We Carry on the Sea — MIT Syncopasian

While the musical arrangement was crafted by Priyanka Satpute ’17, the video and audio production were respectively led by Daniel Liu, a rising senior and Syncopasian’s music director, and Maxwell Wang, a rising second-year Syncopasian member. In addition, 18 Asian and AAPI members of the MIT community were invited to be featured in the music video to represent the diversity of the AAPI community and to convey the music video’s message for unity. Understanding the difficulty of representing the large and culturally-diverse community all in one music video, Syncopasian hopes the feature of languages foundationally showcases the breadth of linguistic and cultural diversity of the Asian and AAPI identities. “Being able to involve members of the broader MIT community, and from such diverse backgrounds, helped make this project really feel like an act of solidarity,” says Derek Yen, a rising senior and Syncopasian’s publicity chair and webmaster.

The release of the music video was also accompanied by a fundraiser for the Asian Americans Advancing Justice — Asian Law Caucus (ALC), the nation’s first legal and civil rights organization serving low-income Asian and Pacific American communities. ALC focuses on a variety of issues including immigrants’ rights, labor and employment issues, civil rights, and hate violence. “We hope that this music video is as meaningful to watch as it was for us to make, and that it will inspire more people to join us in supporting the Asian and AAPI community,” says Zhang.

MIT a cappella group sings through quarantine together