Researchers seeking to develop self-healing hydrogels have long sought to mimic the natural ability of mussels to generate strong, flexible threads underwater that allow the mussels to stick to rocks.

The natural process that gives these mussel threads, which are called byssal, the ability to break apart and re-form is a purely chemical process, not a biological one, MIT graduate student Seth Cazzell noted in a presentation to the Materials Research Society fall meeting in Boston on Dec. 5.

The critical step in the process is the chemical binding of polymer chains to a metal atom (a protein-to-metal bond in the case of the mussel). These links are called cross-linked metal coordination bonds. Their greatest strength occurs when each metal atom binds to three polymer chains, and they form a network that results in a strong hydrogel.

In a recently published PNAS paper, Cazzell and associate professor of materials science and engineering Niels Holten-Andersen demonstrated a method to create a self-healing hydrogel in a wider range of metal concentrations through the use of competition controlled by the pH, or acidity and alkalinity, of the environment. Cazzell is a former National Defense Science and Engineering Graduate Fellow.

In their model computational system, Cazzell showed that in the absence of pH-controlled competition, excess metal — typically iron, aluminum, or nickel — overwhelms the ability of the polymer to form strong cross-links. In the presence of too much metal, the polymers will bind singly to metal atoms instead of forming cross-linked complexes, and the material remains a liquid. 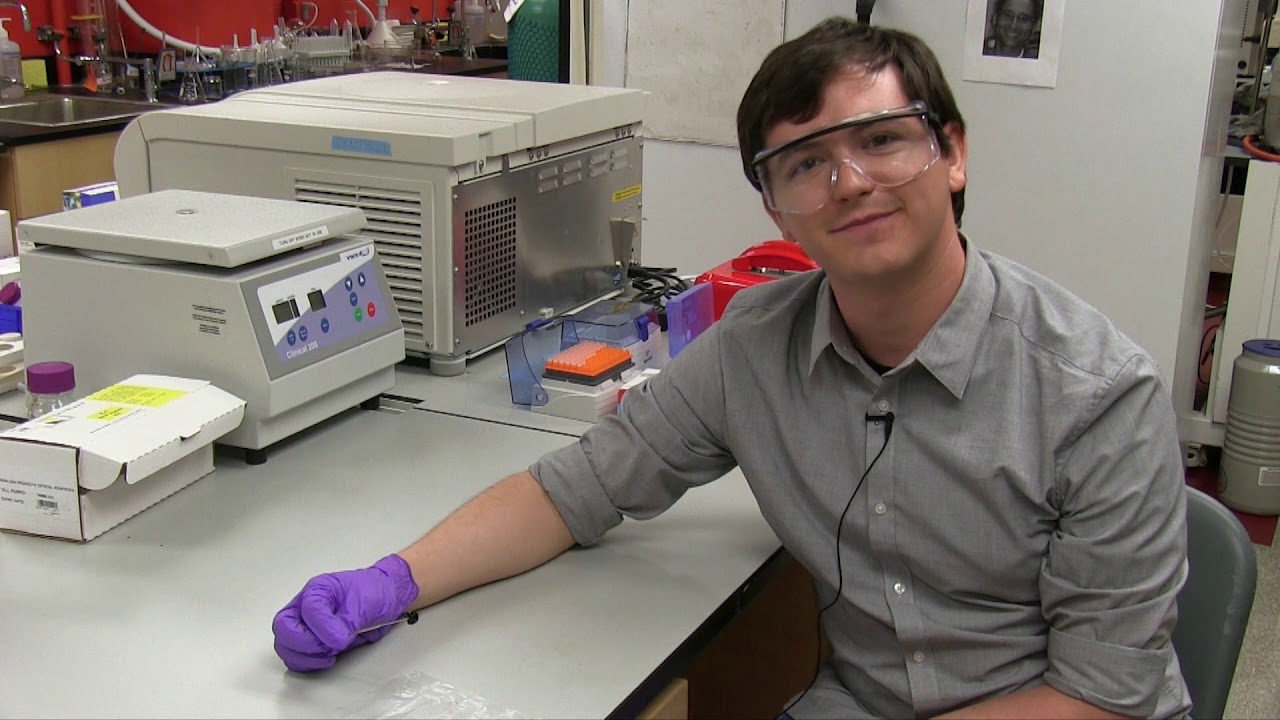 One commonly studied mussel-inspired metal coordinating ligand is catechol. In this study, a modified catechol, nitrocatechol, was attached to polyethylene glycol. By studying the nitrocatechol system coordinated with iron, as well as a second model hydrogel system (histidine coordinated with nickel), Cazzell experimentally confirmed that the formation of strong cross-links could be induced under excess metal concentrations, supporting their computational evidence of the competitive role of hydroxide ions (negatively charged hydrogen-oxygen pairs), which act as a competitor to the polymer for binding to metal.

“What we really like about this study is we’re not looking at biology directly, but we think it’s giving us nice evidence of something that might be happening in biology. So it’s an example of materials science informing what we think the organism is actually using to build these materials,” Cazzell says.

In simulations, Cazzell plotted the effect of the hydroxide competitor on strong hydrogel formation and found that as competitor strength increases, “we can enter into a range where we can form a gel almost anywhere.” But, he says, “Eventually the competitor gets too strong, and you lose the ability to form a gel at all.”

These results have potential for use in advanced 3D printing of synthetic tissues and other biomedical applications.