Caption:
ArtGut has three chambers: At the top is a gas cap through which nitrogen diffuses via a rubber membrane to the sample chamber below, generating a steep oxygen gradient that mimics conditions in the human gut, and the chamber at bottom emulates the gut's mucus lining.
Credits:
Photo: Glen Cooper

Caption:
The Dual-Mode Imaging Receiver camera lens and electronics are seen on the left (only two of the four circuit boards in the chassis are populated, the other two are available for additional functions). The image at right shows the camera in the aluminum housing designed for extreme environments.
Credits:
Photos courtesy of the researchers.

Caption:
This exploded view of the structure of the lightweight deployable panel illustrates the stacked array.
Credits:
Image courtesy of the researchers.

Among the winners of the 2019 R&D 100 Awards are 10 technologies developed by researchers at MIT Lincoln Laboratory, either exclusively or in collaboration with other organizations. R&D World magazine, and its parent company WTWH Media, announced on Oct. 29 the 100 winners named the year’s most influential innovations.

"These 100 winning products and technologies are the disruptors that will change industries and make the world a better place in the coming years," says Paul Heney, vice president and editorial director for R&D World.

A 40-member judging committee composed of WTWH editors and leading technologists from academia, industry, and national laboratories selected the winners from hundreds of nominations sent in by companies and R&D institutions from around the world.

The following 10 inventions bring to 58 the number of R&D 100 Awards presented to Lincoln Laboratory since 2010.

The Aperture Level Simultaneous Transmit and Receive Phased Array represents the first-ever demonstration of a phased-array antenna system with sufficient isolation to enable practical multi-beam full-duplex communication. This technology allows multiple devices to share a single wireless channel while maintaining high data rates over long ranges. The problem of self-interference caused by transmitting and receiving on the same frequency is solved with a combination of adaptive digital beamforming to reduce coupling between transmit and receive antenna beams and adaptive digital cancellation to further remove residual noise. In this manner, the system effectively mitigates self-interference, which is particularly challenging for phased-array systems because of the close proximity of the multiple antennas in the array.

The Dual-Mode Imaging Receiver integrates the previously disparate functions of high-frame-rate photon-counting imaging and single-photon-sensitive communications into a single optical receiver, enabling the user to simultaneously get a wide-field-of-view image of the source of the transmission while receiving data from one or more sources. This low-power, compact system requires only a single receive aperture to support multiple concurrent optical communication links from spatially separated users within the field of view, thereby reducing or eliminating the need for precision beam pointing. The receiver is enabled by a custom chip that provides automatic, concurrent, on-chip detection, tracking, and demodulation of the multiple communication signals.

The small, low-cost ArtGut (for artificial gut) device is the first in vitro platform to enable researchers to perform high-resolution, physiologically relevant gut microbiome studies. ArtGut emulates the physiochemical microenvironment of the human gut by mimicking the precise oxygen gradients and mucus substrates necessary to grow and maintain the gut's polymicrobial communities, and as such provides a solution to the lack of adequate testing models for studying the human gut microbiome.

The Mobility and Biomechanics Insert for Load Evaluation (MoBILE) is a biomechanics laboratory built into a shoe insert and small ankle package. The insert and ankle package contain a variety of high-end sensors that measure a user’s weight and lower leg movements. MoBILE informs users when their gait significantly changes, when their biomechanics measurements are above acceptable thresholds, and when they are at risk for lower-leg injury. MoBILE helps users track the amount of weight they are carrying over time, select the best placement for carrying heavy equipment, and determine optimal rest cycles and training routines. 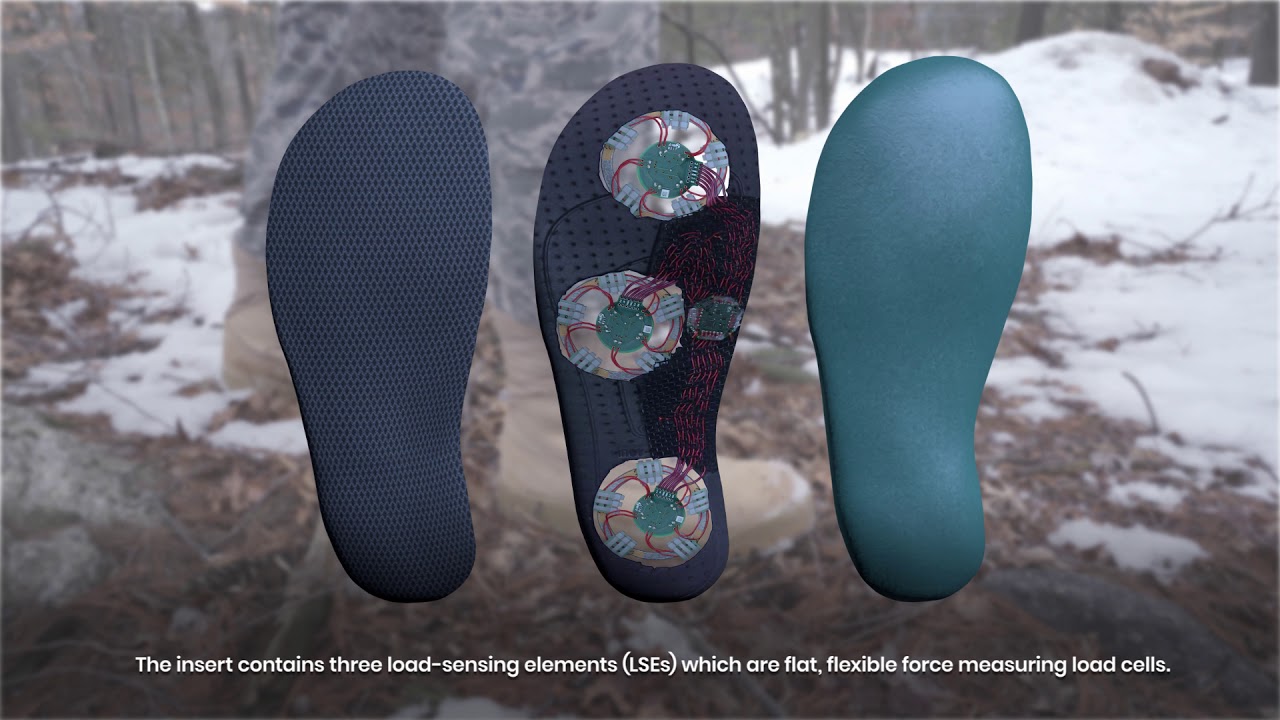 The Gas Mapping LiDAR sensitively images methane gas plumes, identifies the source locations of gas leaks, and quantifies the leak rates so that the owners and operators of oil and natural gas infrastructure can determine and prioritize repairs before even visiting the site. Designed and built by Bridger Photonics and enabled by Lincoln Laboratory's high-power slab-coupled optical waveguide amplifier technology, the Gas Mapping LiDAR provides aerial photography and 3D lidar data overlaid with sensitive gas-concentration maps in simple, user-friendly formats so that the oil and gas operators can make quantitative cost-benefit analyses and efficiently schedule leak repair. Because the system is capable of at least 300 times more efficient detection of leaks than foot-patrol monitoring, it can help effectively reduce greenhouse gas emissions.

The Visibility Estimation through Image Analytics (VEIA) software system, developed by the laboratory in partnership with the Federal Aviation Administration, provides air traffic managers and pilots an inexpensive, yet effective, way to automatically extract data about meteorological visibility from cameras. By using edge detection that is sensitive to changes in the visual scene, the system's algorithm compares the overall edge strength of the current image to edges of an image of a clear day to estimate the visibility in miles. With the proliferation of web-based camera imagery for monitoring conditions near airports and other remote locations, VEIA can significantly expand the quantity of visibility observations available to the aviation community, especially in areas that are not covered by traditional sensor systems and where low visibility can have dire consequences.

The Tactical Microgrid Standard (TMS) Open Architecture provides an interoperability standard for highly modular, resilient, scalable, and mission-specific microgrid solutions. This architecture offers a user-friendly family of interoperable devices useful for both military and commercial microgrid applications. The TMS architecture was developed by a U.S. Department of Defense-led consortium of government, industry, and academic partners, with Lincoln Laboratory in a lead role. This consortium was tasked to solve challenges faced by military personnel at remote bases, where reliable power is a critical foundation for successful operations.

The Lightweight Deployable Array Panels for Space reduce the cost of launching space-based communications and remote sensing systems by minimizing the panels' weight and size, which translates to lower rocket fuel costs and the capacity to deploy more systems per launch. After a system equipped with the laboratory's panels reaches its designated altitude, the antenna panels deploy to create the desired radiating aperture size. The panels use Lincoln Laboratory’s patented weight-reduction technique for stacked patch antenna arrays along with an innovative packing system. This design minimizes the weight and maximizes the stowed volume efficiency without substantially affecting the radio frequency performance.

The awards will be presented to the recipients at the R&D Conference being held Dec. 4-5 in San Mateo, just outside San Francisco.