Schools of Science and Engineering join hands to transform learning

Caption:
In 8.02 (Electricity and Magnetism) experiments, students use common, playful materials such as Lego sets, encouraging them to have a maker mindset and bring rigorous mathematics to life.
Credits:
Photo: Pushpaleela Prakabar

In a classroom deep beneath the Stata Center, students huddle around a Lego set. One student adjusts a power supply, another watches a tiny screen, and a third grips the spindle of a little red disc, flanked by small magnets on a Lego board, and spins as the others in her group hold their breath. The disc disappears in a blur. After a few seconds, it appears to lose momentum, but then, incredibly, begins to spin even faster than before. A green waveform lights up the oscilloscope, and the group erupts in cheers. Pushpaleela "Pushpa" Prabakar grabs a marker and runs to the board, where she records the new class record.

Around the turn of the 21st century, a group of instructors sought to transform the way introductory physics was taught at MIT. Together, they came up with a revolutionary classroom model known as Technology-Enabled Active Learning, or TEAL. Today, 8.02 (Electricity and Magnetism) is a class where magical experiments bring rigorous mathematics to life. Two of the innovators making this happen are Prabakar, a lecturer in the Department of Electrical Engineering and Computer Science (EECS), and Alex Shvonski, a postdoc in physics and a Digital Learning Lab fellow.

For both Prabakar and Shvonski, the journey to 8.02 began with their growing interest in pedagogy. 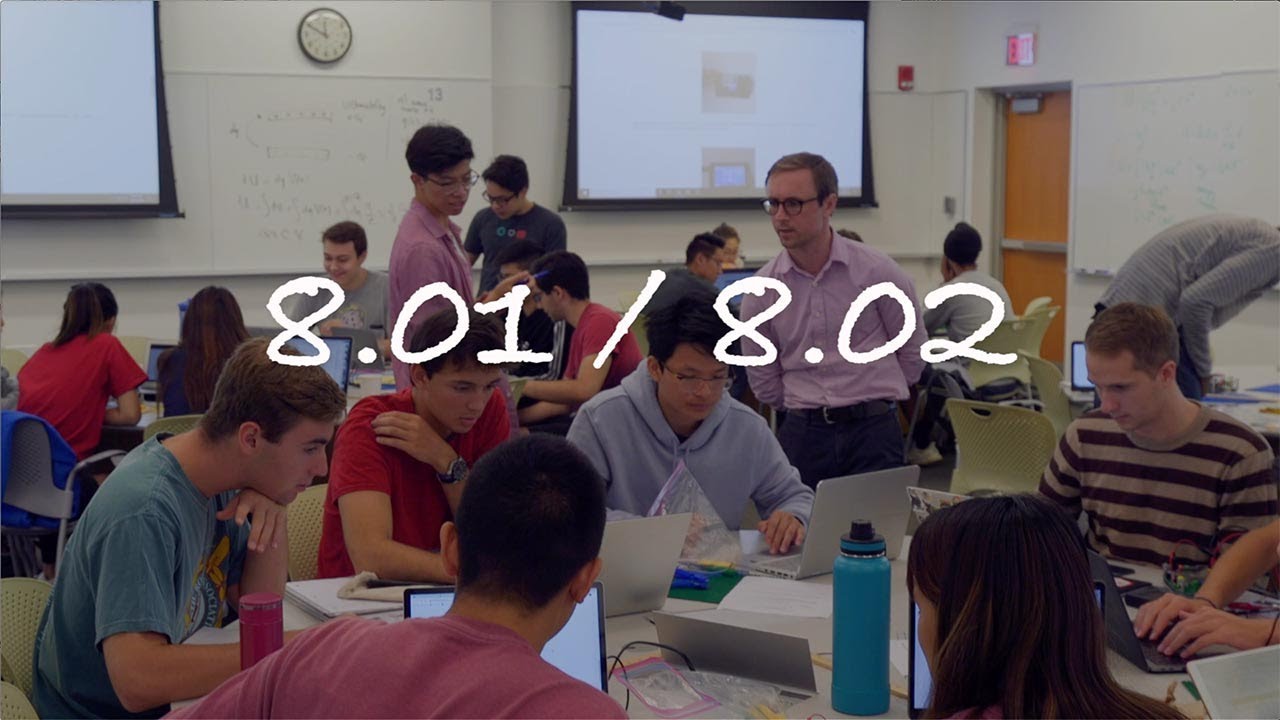 As a dual-degree graduate student in integrated design and management and mechanical engineering, Prabakar discovered the joy of engaging in hands-on activities. “I was interested in understanding how physics concepts could be taught in a practical manner.” She taught MBA students how to solder, and then traveled to Israel and Peru, where she taught students product design and robotics.

Shvonski was inspired by several teaching experiences during his PhD. “I was interested in leveraging technology to improve the students’ learning experience,” he says. Teaching an introductory class for non-majors helped Shvonski understand the value of alternative teaching methodologies.

During the final year of her program, Prabakar started as a teaching assistant to help her supervisors — Jacob White, the Cecil H. Green Professor of Electrical Engineering and Computer Science, and Peter Dourmashkin, senior physics lecturer and TEAL co-founder — design experiments for 8.02.

Meanwhile, Shvonski began working as a postdoc with David Pritchard, professor of physics, and Michelle Tomasik, both a lecturer in physics and MITx digital learning scientist. As a teaching assistant for 8.02, Shvonski brainstormed ways of replacing stressful exams with online quizzes to improve student learning.

This fall, the two have helped students learn how to make a piano out of paper and use a flick of the wrist to create light. Each design experiment in 8.02 allows students to uncover the laws of the universe, and to enjoy themselves while doing it.

First-year student Ashhad Alam says the design experiments are a chance to test his understanding of the material: “They force you to think outside the box.”

Prabakar and Shvonski are careful to point out that making a class this much fun is harder than it looks — it’s taken them a year of many iterations and thinking to reach this point. Prabakar knew that many students had never used electrical equipment before, so she designed and assembled her own circuit board. In the spring, Shvonski helped her pilot the new prototype. But the two discovered that when 700 first-years are given even simple electronics to play with, a lot can go wrong. The microcontrollers would overheat, and the circuit connections would fail — Prabakar saw that students were spending more time setting up their equipment than they were using it. At the same time, Shvonski realized that it wasn’t effective just to give students equipment to play with, or to ask them to wade through a 20-page lab manual; the experiments had to be interwoven into the lectures so students could effortlessly form connections between theory and practice.

So Prabakar developed a second iteration of her printed circuit board, and Shvonski made pre-lab explainers, animated GIFs, and a combination of structured and open-ended questions to guide students as they learned. Both were advised by Josh Wolfe, the technical instructor for 8.02, who understood the importance of preparing well-structured course content, and the technical challenges of designing experiments that could be deployed and scaled up with ease.

“I was excited to make these experiments as intellectually accessible and effective as possible,” says Shvonski.

This semester, Shvonski and Prabakar say the students’ understanding is reflected in their discussions. A first-year named Walker Anderson says that the redesigned experiments allow him the flexibility to be creative, which he says is his favorite part. Another student shared that the experiments were what really helped her understand the material.

But Prabakar and Shvonski are reluctant to take too much credit. They insist that 8.02 is only possible because they’re part of a wonderful team with the undergraduate teaching assistants; graduate teaching assistants Chris Lang and Olumakinde Ogunnaike; Josh Wolfe, the technical instructor; Ibrahim Cisse, the Class of 1922 Career Development Assistant Professor of Physics; and John Belcher, TEAL co-founder and Class of 1922 Professor of Physics. Funding for 8.02’s experiments comes from EECS, the Department of Physics, and the MIT Alumni Association.

Bringing physics and engineering to life for pK-12 students