Water war is an MIT tradition that pits residents from East Campus and West Campus against each other during Residential Exploration.
Watch Video
Stephanie Tran | Division of Student Life
Publication Date:
Press Inquiries

Caption:
Students battle it out with good old H2O during the annual water war on Killian Court.
Credits:
Image courtesy of DSL Communications

New and returning students cooled off from the late-summer heat by waging the Institute's annual water war — an MIT tradition that began in the early 2000s and is an official part of Residential Exploration (REX). The invasion pits residents from East Campus and West Campus for ultimate bragging rights.

Preparation for the battlefield is no joke. Students spent days filling up water balloons, designing shields, building the coveted Trojan Duck, and more for their Aug. 28 faceoff. 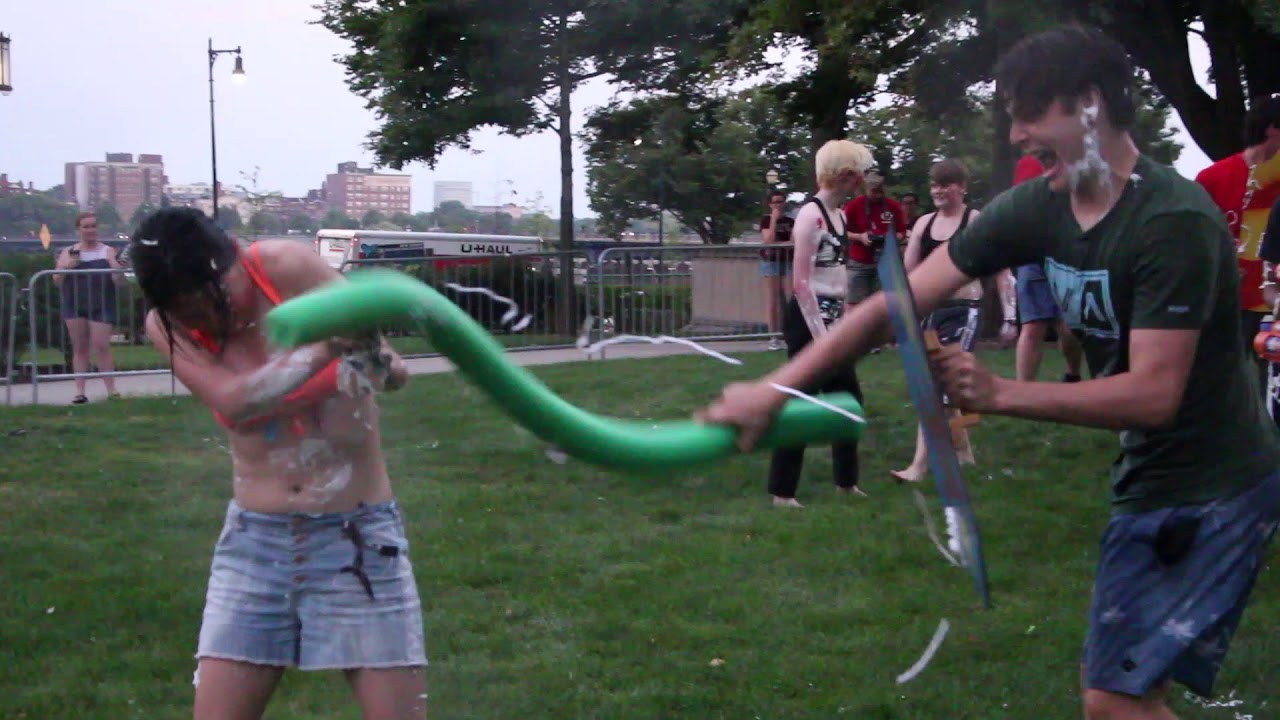 As dusk approached, chanting and the sounds of vuvuzelas could be heard echoing from a distance as residents from East Campus and West Campus marched onto Killian Court — signaling the imminent water battle. Once the troops were assembled on each side, REX Chairs convened in the middle for their traditional handshake and announced the official start of war. Within seconds, students armed for battle ran towards each other and a massive explosion of water balloons ensued.

Despite their intensity, water wars usually only last for 10 minutes or so before a ceasefire is called. No victor is ever officially declared, but there is always a sure winner. Who that is depends on which side you ask.

MindHandHeart plus art at Paint Nite

MIT takes a break with the Day of Play