The halls of Building 1 filled with the savory scent of movie theater popcorn as students eagerly entered the auditorium, some grabbing boxes of candy on the way to their seats.

It wasn’t a scene from the opening night of a blockbuster hit, but from the fifth annual Department of Civil and Environmental Engineering (CEE) Video Competition. 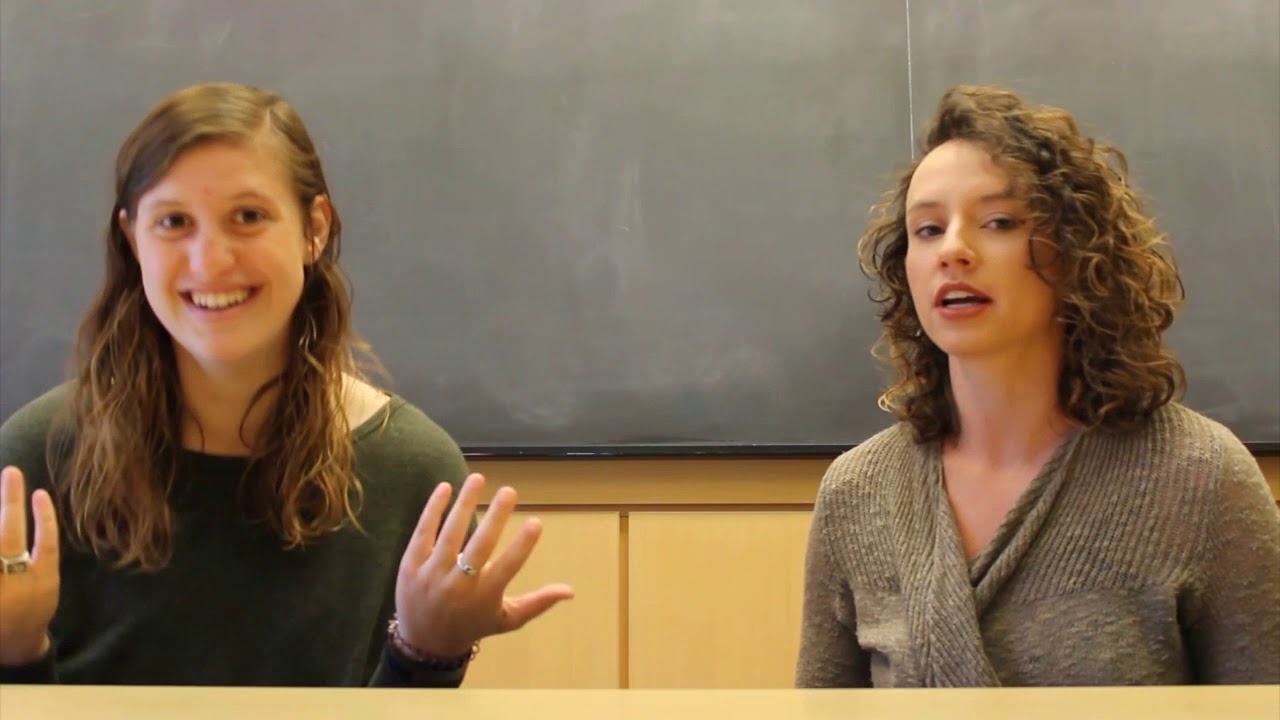 Each year, students and researchers from across the department are encouraged to produce short videos that explain their educational experiences for a general audience. This year’s entries ranged from semesters abroad and CEE fieldwork opportunities to research projects, highlighting the wide range of opportunities in the department, as well as the global impact that CEE students have on the world.

“The theme this year asked students to show how their research and educational experiences in CEE have prepared them to make an impact on society by taking their work out of the classroom,” says Markus Buehler, the McAfee Professor of Engineering and department head of CEE. “Students in CEE make such large contributions to the greater good of the world that it seems natural for them to create videos that represent these experiences.”

Judges from across MIT joined CEE for the night to provide unbiased feedback on the entries and to determine the top three winners. This year the judges were Vice President for Communications Nate Nickerson, MIT Alumni Association multimedia producer and videographer Brielle Domings, and Associate Provost for International Activities Richard Lester, who is also the Japan Steel Industry Professor of Nuclear Science and Engineering.

“I thought [the competition] was great. It’s a cool assignment because it forces the students to actually explain what they’re up to, briefly,” Nickerson said after the event. “That’s not easy to do for anyone. It’s great practice and the results were really interesting.”

Lester said he "loved all of them and I wish they all could have won.”

“I was very happy to see videos concerning art, history, and culture activities; I hadn’t associated that with Course 1 research, and now I do,” he said.

The winning entry, created by senior Alexa Jaeger, explained her capstone project on predicting greenhouse gas flux from soil samples with fellow senior, Chelsea Chitty. Aptly titled “Overcoming Murphy’s Law” — referring to the idiom that “anything that can go wrong will go wrong” — the video showed the trials and tribulations of fieldwork that forced the pair to re-think their project and change from a fieldwork experiment to doing experiments in the lab.

Factors including weather and improperly working lab equipment hindered the project, but Jaeger and Chitty persevered.

“The real skills students need to gain in college are about how to bounce back when they encounter obstacles, reevaluate their plan, and evolve. This is what makes senior project classes and other forms of realistic project experience so important,” she says. Jaeger, the reigning champion from the 2017 CEE Video Competition, received the $1,000 grand prize.

The second place prize went to sophomores Max Kessler, Karen Gu, and Diana Nguyen for an entry entitled “Egyptian Blue,” referring to the first manmade pigment, which was prevalent in ancient Egypt. Kessler, Gu, and Nguyen were introduced to Egyptian blue through CEE’s Materials in Art, Archaeology and Architecture (ONE-MA3) program, which takes students to Italy for three weeks of fieldwork.

“Its stunning color has all but faded from ancient artifacts, but using new technology, we saw what was no longer there,” the video explains.

The trio pursued a research project during 1.057 (Heritage Science and Technology), which is taken the semester following ONE-MA3, to recreate and better understand the Egyptian blue pigment. The group studied the pigment using different technologies and lenses, and worked on recreating the pigment in the lab.

“I hope viewers of the video will learn something new about the interplay between cultural heritage and material science,” Kessler says. “I hope students will be inspired to participate in programs like ONE-MA3 and will utilize MIT’s remarkable opportunities for travel and research.”

The third place prize was awarded to sophomores Zoe Lallas and Sierra Rosenzweig. Lallas and Rosenzweig also submitted a video about their 1.057 research project, which was inspired by ancient mosaics they saw in Italy.

“Even in their degraded state we could tell that these mosaics were once beautiful masterpieces that had taken a lot of time and energy to create,” Rosenzweig says in the video.

Upon returning to MIT, the pair took on the task of figuring out what was causing the degradation of the ancient mosaics. They created miniature samples of mosaics and immersed them in different environments, and then tested the samples for strength and porosity, with hopes of identifying preventative solutions to their degradation.

“We wanted to show viewers how accessible ancient and far away technology is on campus and how Course 1 really lets you study almost anything and apply it to the real world,” Lallas explains about the entry.

Junior David Wu won the People’s Choice Award, determined by all members of the audience, for a video highlighting the fieldwork and adventures of CEE students during the annual Traveling Research Environmental eXperiences (TREX) program in Hawaii.

The video featured clips of the landmarks the group visited, their adventures on the Big Island of Hawaii, and the environmental fieldwork projects that the students conducted. Wu included footage of the group creating and installing air quality sensors, learning about the ecosystem in Hawaii from Professor Ben Kocar, and deploying unpiloted aerial vehicles to monitor soil health. Like Jaeger’s entry, Wu didn’t shy away from showing the hardships that the group faced, including poor weather conditions and the government shutdown. These setbacks delayed the research plans, but didn’t deter the group from having lots of fun, which was a clear message throughout the video.

“My favorite part of the video competition is seeing what all my peers are up to in Course 1,” Wu says. “Sometimes when you only take classes in your area of specialty, it’s nice to get some exposure to other things being done in Course 1.”

Domings, one of the judges, said following the event that “it was really cool to see all the different projects that students are working on.”

“It’s really impressive to see all the places around the world that they’re going to; that was really interesting,” she said.

From fieldwork to the big screen