Safe at any speed

Caption:
The MIT Hyperloop pod sits quietly before being pushed up to speed during its big test run.
Credits:
Photo: MIT Hyperloop Team

Yiou He is ready to get to full speed. On a recent weekend in California, she felt the thrill of victory: She and MIT classmates became the first to successfully shoot a levitating Hyperloop pod down a 1-mile vacuum tube during a SpaceX Hyperloop competition. “We proved our design worked,” she says with satisfaction.

Tesla Motors and SpaceX CEO Elon Musk envisions the Hyperloop as the “fifth mode of transportation.” It’s a concept dreamed up by Musk that involves the delivery of people through a system of tubes maintained in a near-vacuum that connect major cities. Dramatically reducing air friction, the pods travel at close to the speed of sound, using low-energy propulsion systems.

Looking for ways to accelerate the development of a functional prototype, in 2015 Musk created an international competition challenging university students to design and build the best Hyperloop. In January of 2016, a group of MIT students beat out teams from 115 other universities and 20 countries to earn the Best Overall Design Award. Their victory set them on the road to their next task: to build a functional pod capable of safely shooting through a tunnel at hundreds of miles per hour. 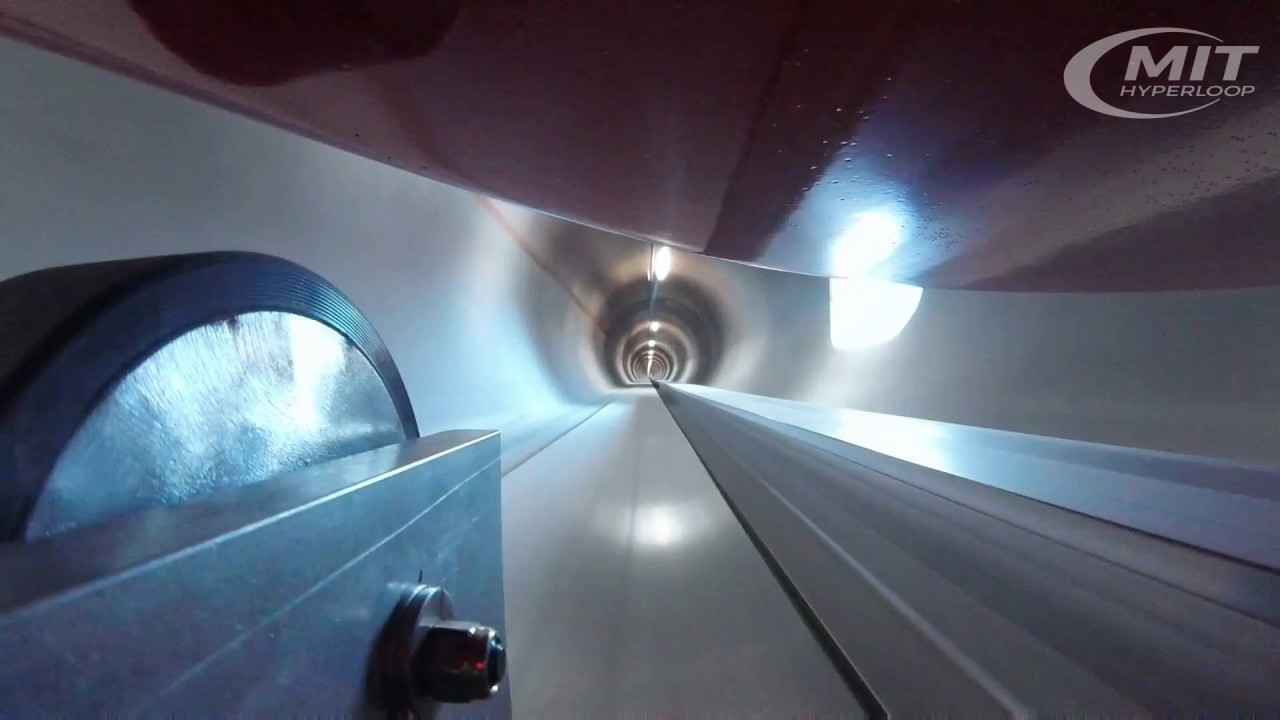 In Cambridge, He and the rest of the 35-person team — which includes students in aeronautics, mechanical engineering, electrical engineering, and business management — each worked more than 10 hours per week (sometimes much more) on the project while also attending classes and working on PhD theses and research work. They designed a small pod for 250 mph — and last May unveiled the first ever physical Hyperloop prototype in the world.

Last month, they showed up in California to give it a go. The MIT Hyperloop Team was one of only three of the 27 competing teams that passed a litany of safety and design tests, earning the right to run their pods on the Hyperloop track. Of these, the Delft University of Technology (Netherlands) team earned the highest score overall. Technical University of Munich (Germany) secured the award for the fastest pod. MIT placed third overall and won an award for safety and reliability.

“This is an exciting project. And the competition is not a one-time thing,” says He. She adds that many of the current MIT team members will be moving on due to graduation. He, a graduate student in the Department of Electrical Engineering and Computer Science, is game to keep the pod work alive: “I’m ready to transfer knowledge to the next generation team.”

For Max Opgenoord, team captain and a graduate student in the Department of Aeronautics and Astronautics, the recent SpaceX event was the culmination of an effort that dates back to June 2015. Opgenoord and four other students started the team just after the SpaceX competition was announced. At first, they met in classrooms late at night. Eventually, they attracted other students who felt the same way they did about the project.

“A whole new transportation system is both super exciting and necessary,” says Opgenoord. He says a key goal this weekend was to accomplish magnetic levitation of the pod. “Can we show levitation?” he asked before leaving. “That is what matters.” He is thrilled, upon return, to say, yes, they could.

“If you watch video, you can see that the wheel on the pod stops rotating at some point, showing that we have stable magnetic levitation,” says Opgenoord. He adds that TU Munich covered the longest distance, but they were using a wheeled pod. “Using magnetic levitation is much more efficient at higher speeds,” he says.

Speeds of 600 mph are envisioned for commuting between cities. In fact, the Hyperloop Pod Competition II at SpaceX this summer, which will be open to new and existing teams, is focused on a single criterion: maximum speed.

Opgenoord says the current MIT Hyperloop Team is signing off with the knowledge that in 2016, they unveiled the very best pod design — and now, they’ve built a safe and reliable pod that is both capable of magnetic levitation and imminently scalable. “Obviously, we wanted to come in first this weekend — but what we’ve accomplished is in reality worth more than the prizes.”

Meanwhile, He says there is more fun ahead. “We think it technically feasible to build a Hyperloop. You need a lot of political willpower and capital to do it, and that’s not something we’ve investigated — but technically, it is possible to do it. And that is just really cool.”